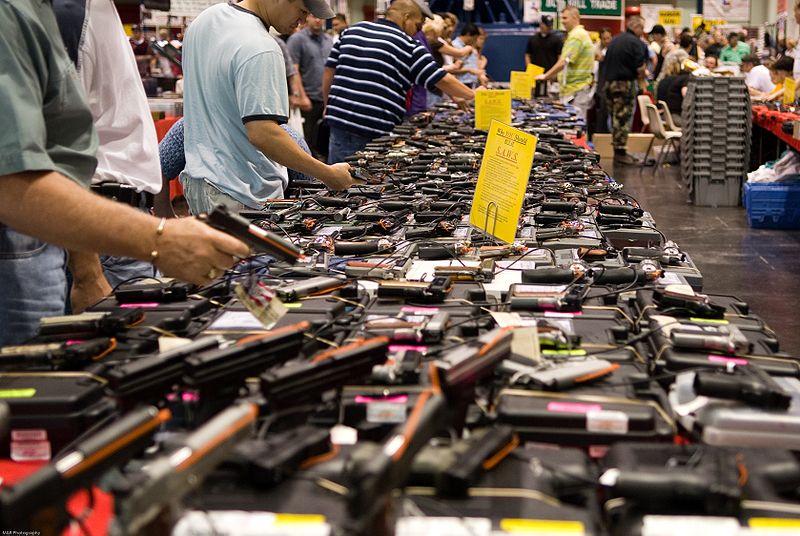 Another gun-involved tragedy has gripped America, this time in Oregon. President Barack Obama communicated disgust in his belief Americans have become insensate to mass shootings in U.S. schools, while presidential candidate Jeb Bush shrugged it off with a shockingly cavalier “stuff happens.”

America has always had a love affair with guns, from the invention of the copper-jacketed bullet until now.

It stands to reason firearms’ popularity and appeal might decline due to increased gun violence. However, firearm sales continue, and a productive conversation on a state or federal level does not appear underway.

As a journalist, you learn every story has multiple sides. Every single friend, family member and colleague I have in Europe does not feel citizens should have the right to own any kind of firearm. This contrasts starkly with many Americans I’ve met, who for various reasons, some valid, others questionable, believe it is a fundamental right and responsibility to own a gun. Even those who do not own firearms might not dispute gun owners’ right to possess them.

It was logical that I find Americans who own guns and not only discern their point of view, but also attempt to see this issue from their perspective.

I attended a gun show in Ukiah, California recently. Organizers held the gun show in a large building on the Ukiah Fairgrounds. Caravans and a quaint little school surrounded the show. I had my notebook in hand and two cameras around my neck.

At the entrance, the show’s organizer immediately informed me I could not photograph the event, and asked me to put my cameras away. After I introduced myself as a journalist writing an opinion piece on guns, she was more willing to speak with me. She explained her apprehension was due to what she labeled as “bad press” concerning gun control and its effects on the gun show. After I explained I was a European wanting to understand an American gun owner’s point of view, she referred me to Kathy and Galvin Graham, representatives of the National Rifle Association and the California Rifles and Pistols Association.

The Grahams were insightful, explaining their views as private citizens, not as representatives of an organization. I learned about firearms education based on the premise that if parents teach their children from a young age to respect firearms, the children will have a better understanding of what it means to own a gun. The theory is this lessens the chances of accidents or tragedies. The Grahams mentioned the Eddie Eagle program, which law enforcement and the NRA administrate. It promotes the same values as parents personally educating their children about gun safety.

When I asked them how they felt about the latest campus shooting, Kathy Graham said, “They acted irresponsibly. People have a right to life and they have a right to defend themselves,” alluding to her belief that had other students and faculty been armed, they could have stopped the gunman sooner.

What I learned is American gun culture is a divisive issue. Although I personally choose not to own a firearm, I agree it is valid for people in rural areas to own them for hunting. I do not and will not ever support private citizens owning firearms, but I found myself asking how Americans can balance hunters and hunting weapons with the legitimacy of citizens having assault weapons.