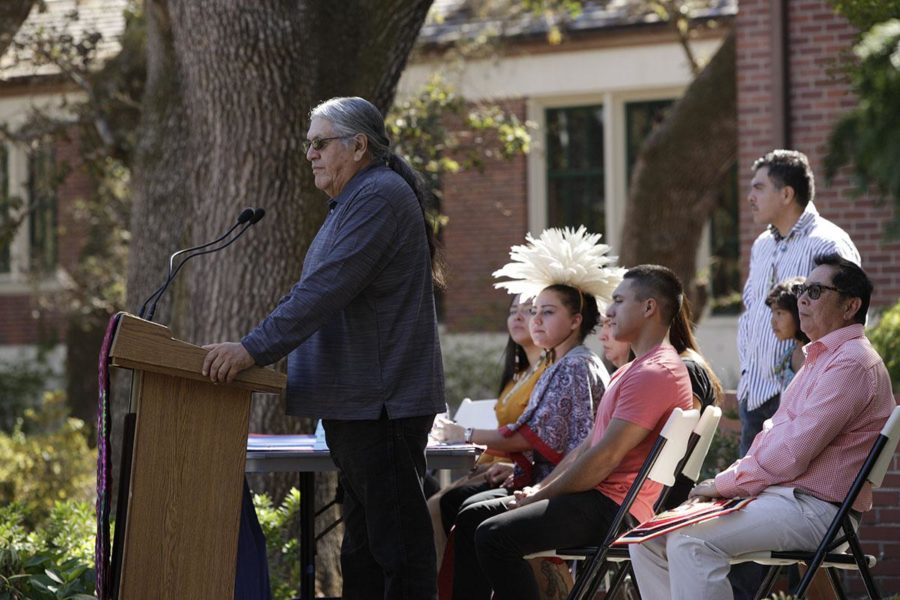 Bill Means speaks of new interpretations of the “discovery” of America, which are upcoming in social consciousness.

Every fall, Columbus Day controversy stirs a national conversation about the ugly legacy of European colonization. This evaluation does more than address past injustices, it underscores how elusive the American identity has become and how necessary further soul searching is.

Ethnic assimilation has always been a problem in the U.S. The centuries-long deluge of European immigrants to American shores reduced the native population to near annihilation. White Americans relegated the few survivors to second-class citizen status and concentrated them in remote regions like parts of Oklahoma.

As the nation grew, it honed an immigration dichotomy, ushering in millions of foreigners to provide cheap labor while simultaneously resisting their inclusion in the American identity. No wave of immigrants, European or otherwise, escaped the established population’s scorn.

Slavery also complicated the American identity. More than four million African-Americans lived in the U.S. at the close of the Civil War, comprising approximately 14 percent of the nation’s population. While the 13th Amendment abolished slavery, it would take another 100 years for Black Americans to attain anything resembling consummate civil rights. Asian, Middle Eastern and Hispanic minorities sustained institutional injustices also.

Since foreign forces virtually decimated indigenous Americans, no American ethnicity exists. This contrasts the U.S. with almost every other country on Earth, which use common heritage as national identity.

Mainstream outrage over Columbus Day is contemporary. Most millennial Santa Rosa Junior College students probably made elementary school art projects celebrating the Italian navigator and his famed voyages to the Americas. Many still had the second Monday of October off from school until recently in observance of his 1492 landing.

For centuries the Euro-centric U.S. venerated colonists like Columbus, even dedicating its capital – the District of Columbia – in his honor. The predominant 21st century American perspective contrasts this reverence with outright condemnation.

In reality, Columbus instigated the subjugation and genocide of North America’s indigenous people. The Spanish occupation of the Caribbean island of Hispaniola, modern-day Haiti and The Dominican Republic, led to the slaughter of native tribes and created an enduring European hierarchy in the Western Hemisphere.

Americans should factor these humanitarian consequences into their historical understanding. Columbus’ actions were not heroic but were heavily influential on America’s development. His exploration is still relevant despite his heinous deeds and never actually setting foot in North America.

There is no official American heritage, so as a republic, citizenship is the derivative of Americanism. Unfortunately, citizenship was a privileged commodity for most of U.S. history. Elites denied citizen rights to vast portions of American residents, including women, until the 20th century. Even now, discrimination and inequality reign rampant.

The European imprint on American culture is undeniable. Western European influences pervade through American government, architecture, religion and language. According to the last federal census, white Americans still constitute more than 60 percent of the nation’s population and, by anyone’s reckoning, possess significant advantages over other Americans.

This cultural friction is inevitable and ultimately positive. Plurality is the greatest pillar of American values, so conflicting models of Americanism need to circulate without anyone’s interference. Interested groups should come to the fore of the American identity crisis, say their piece and digest dissenting views. Consensus is out of the question, but a big tent national identity is not.

Broad principles like religious tolerance and freedom of speech unify America’s eclectic factions, albeit loosely. The American Dream is imperfect and sometimes a painful lie. Americans must update it, modify it to their experience and acknowledge its inequity.

The past is important. Proper historical context is imperative to progress, and as Columbus’ bloody conquests and the Treaty of Versailles demonstrate, unilateral solutions are usually ill-conceived. SRJC counterbalanced Columbus’s legacy with Indigenous Peoples Day, a meaningful move towards a healthy American identity.