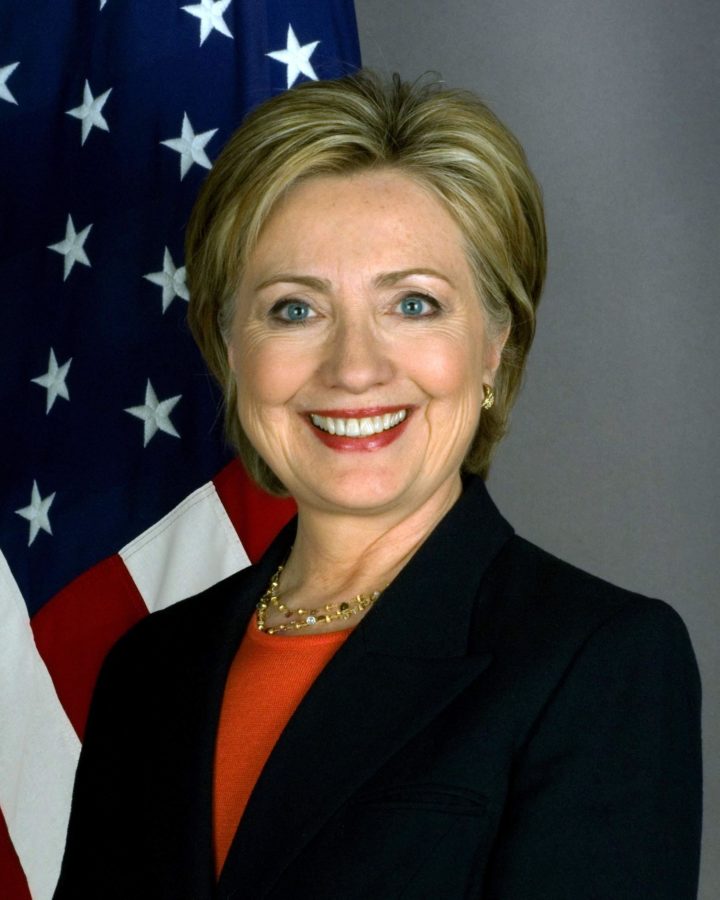 A two-party system is an absurd design of government. Political ideology does not divide naturally into two generalized halves: it’s a nuanced and overlapping array of values and vantage points.  A party without competitive leadership is even worse.

One political figure lords over the 2016 Democratic presidential primary, virtually unparalleled in resources and name recognition.

Hillary Rodham Clinton is hailed as a super-candidate. The former United States senator, secretary of state and first lady has been the anticipated Democratic nominee since Barack Obama triumphed over her in the 2008 presidential primary.

Her controversy aside, Clinton’s bid is opportune. She would bring to the Oval Office more than 20 years of hardened political expertise in the national and international arena, accomplishing rank in the legislative and executive branches. She has the advantage of directly witnessing White House business during her husband Bill Clinton’s eight-year presidential tenure. She would also set the momentous precedent as the first female American President.  Ex Hewlett-Packard CEO Carly Fiorina has also declared candidacy in the GOP race.

Clinton’s knack for surviving scandals testifies to her preparedness. Her husband’s affairs with White House intern Monica Lewinsky and the 2012 assault on the American consulate in Benghazi, Libya which resulted in the deaths of four Americans while she was Secretary of State are two of the most debated intrigues in modern American history.

Choice is the redeeming virtue of Democracy, justifying its inefficiencies. Citizens have input on who their leaders are. Political contenders should be plentiful, and single candidate monopolies regarded with distaste.

It is true numerous candidates have entered the 2016 fray, yet all but two of them are Republican. The two major parties have relatively equal popular support. Each party has fault lines and a range of ideals; their primaries should manifest this.

Audible scuffles of dissent exist on the left, the loudest by Vermont Senator Bernard Sanders the other declared Democrat.

As the longest-serving independent in Congressional history and the only open socialist in the primary, Sanders is a bonified maverick.

A senator since 2007, Sanders champions populous causes. In May 2015, he sponsored a bill which would split up the largest banking institutions in the U.S. including Bank of America and Wells Fargo. He argues these banks monetary oligarchy and ‘Too Big to Fail’ immunity from free market turbulence abuses the American people, differing from Clinton who is tied to corporate banking.

Sanders may appear like deliverance to those who concur with his condemnation of the “billionaire class’s” hegemony over America, but outside of zealous liberal enclaves, voters are likely to dismiss him as radical. A Jewish socialist who wants to combat climate change is unlikely to rally a majority of centralist voters, let alone the powerful Bible Belt.

Despite his less-than-moderate positions, Sander’s campaign is bolstered by grass roots enthusiasm and significant small donations.

Next to Sanders, the most prominent Democratic hopeful is former Maryland Governor and Baltimore Mayor Martin O’Malley. Sharing many of Massachusetts Senator Elizabeth Warren’s- who, despite immense popularity refuses to run so far gripes with Wall Street and income inequality, the lesser-known O’Malley holds solid liberal tenets.

As Governor O’Malley pushed to legalize same-sex marriage, raise the minimum wage and abolish the death penalty, O’Malley’s campaign gained some recognition when he came to the forefront of the Baltimore riots following the death of Freddie Gray, 25, the African-American man who succumbed to spinal injuries incurred in police custody in April 2015.  Both O’Malley and Clinton spoke out against mass incarceration and racial inequality in law enforcement.

Other than Joe Biden’s possible presidential run, Jim Webb is the only veteran moderate likely to challenge Clinton. The former one-term Virginia Senator, secretary of the Navy and assistant secretary of defense under President Reagan, offers bi-partisan leadership.

Clinton herself is not the problem with the primary; she is doing her part by participating in the political process. The problem is, she is unrivaled by a candidate of commensurate leverage. Clinton’s center-left, hawkish views are not universal democratic positions. The widely circulated argument that it’s Clinton’s ‘turn’ for the White House, or her nomination is ‘inevitable’ because of her exalted network of allies, is asinine.

Clinton is a strong candidate, but Democrats should not be obligated to back her because of her established party authority. Ideas are important, and if liberal voters sympathize with candidates who embody their ideals better than Clinton, they should back them. For Democratic voters to waver because of Clinton’s intimidating lead would be a disservice to the party.