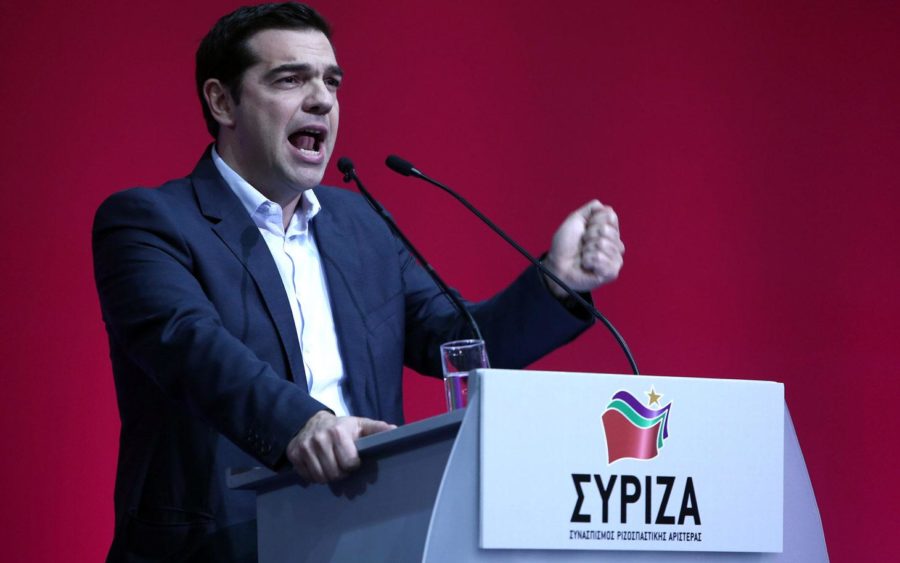 The political landscape of the eurozone shifted on Jan. 25 when the anti-austerity party Syriza seized the majority position in the Greek Parliament. The reform-oriented Leftist party rose on a wave of populist resentment over Greece’s harsh bailout terms exerted by its creditors.

Syriza’s ascendency renders a significant improvement for Greek prospects, as the country can now address the debacle of austerity.

Resentment of austerity measures is paralleled in President Obama’s 2015 budget, which calls for tax increases on the super wealthy and corporations to pay for his community college initiative that would allow millions of Americans to go to college. The budget also allocates more money for infrastructural modernization.

Since the Greek economy collapsed in 2009, the country has endured mounting fiscal problems and depends on massive loans from its eurozone partners amounting to over 240 billion euros in bailouts.

The unemployment rate, at 25 percent, is the worst of the 19 countries in the eurozone, Trading Economics, an international economical database reported.

Syriza is the first anti-austerity party to become the majority faction of a eurozone government, setting an exemplary precedent for countries like Italy and Portugal.

The party represents a growing mandate in Greece for economic relief and renegotiation of its enormous debt to its eurozone partners, which have required Greece to adopt austerity measures. These measures drastically cut domestic spending and expenditures and have caused the Greek people to go without certain government resources such as unemployment and pensions.

The austerity measures failed to yield an economic recovery, and a dilapidated Greece responded by electing a young and energetic populist party.

Syriza is the vanguard of Greek sovereignty and hope. Alexis Tsipras, the vibrant new Prime Minister and Syriza party leader has vowed to restore vitality to Greece.  His agenda includes stimulating the economy by rehiring laid off workers, raising the minimum wage and seeking forgiveness for portions of Greece’s astronomical debt, accounting for more than 175 percent of its GDP, The Washington Post confirmed.

On one side is the center-right, fiscal responsibility argument helmed in Brussels and Berlin, advocating discipline and adherence to the standing bailout agreements.

On the other are the progressive, idealistic-minded reformers like the Spanish leftist party Podemos, an ally of Syriza and fellow austerity opponent. Such parties are bent on stimulating their national economies and reaching eurozone monetary compacts favoring growth.

Syriza has received support from France’s socialist president, François Hollande, who congratulated Tsipras on Syriza’s victory and invited him to come to Paris in February to discuss solutions to Greece’s debt, Radio France Internationale reported.

Merkel’s chancellery has acknowledged Syriza’s legitimacy and expressed willingness to work with them, but maintains Greece’s debt is valid and that the German taxpayers do not need to continue bailing out Athens when its coffers dry up.

Greece should harness control of its future. Its irresponsible domestic spending policies, particularly regarding social benefits, drove the country to bankruptcy. Greece’s solution to its predicament should be its own, and that solution is Syriza.

Rev. Michael Ludder, a political science instructor at Santa Rosa Junior College said, “The Greeks have a political right to self-determination in deciding who best represents their views and interests.”

The austerity shock treatment was a failure. It bled Greece too wantonly. Austerity didn’t aid Greece and it certainly didn’t aid the eurozone.

Syriza is a proactive, albeit slightly radical solution to Greece’s predicament. Tsipras and his ministers promise Greece a return to prosperity and an alternative to the political establishment, which has been widely criticized for corruption and impotent governance, not to mention overseeing Greece’s considerable decline, according to The New York Times.

Syriza’s proposed future for Greece does consist of many of the generous social benefits that wounded it in 2009, but it also demands the rich business class contribute justly to the tax base and that government greed be systemically uprooted.

Greece still needs to settle it debts with its eurozone partners, though perhaps pay a renegotiated sum.

Greece should seek to thrive and rebuild. Casting off the wrecking ball of austerity is a good start. Syriza’s idealistic vigor and exuberance may be the necessary jolt to salvage the Greek economy.

Syriza’s coalition with Independent Greeks, a stern right-wing party that shares Syriza’s disdain for austerity and Greece’s bailout terms, has the opportunity to build a new and more stable Greece.

A more prosperous Greek economy will improve the state of the euro and by extension the eurozone. If Syriza proves to be committed to that, then it warrants Europe’s cooperation and support. Regardless, Greece’s future is its domain and it should retain sovereignty over it.