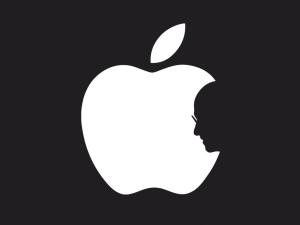 Think about it. Really think about it: some poor Chinese man decided to end his life rather than continue at his terrible job making you an iPhone. And you want to mourn Steve Jobs? You want to celebrate his life? He needs nothing from you, from me, from anyone; less now than ever.

No, we don’t need to remember Jobs but we should all remember the hundreds of thousands of faceless victims who suffered for his legacy. To create an iPhone, Apple needs minerals to turn into wires and circuitry. Jobs himself admitted Apple couldn’t guarantee those minerals didn’t come from conflict zones like the Democratic Republic of Congo where women have their vaginal tracts shredded beyond any chance of reproduction and warlords fund their armies by selling valuable minerals like gold and tin to first-world countries. The New York Times reported in 2009 more than $1 billion in illegal gold comes out of Congo with much of the money going straight to these rebels.
We could try to explain this away by stating it’s just the sad truth of the world. There isn’t any way to guarantee cell phones, mp3 players and other electronic devices aren’t made from minerals that did not perpetuate these horrific acts of violence, and that is true. But all we say by thinking that way is our cell phones are more important than the human rights of the Chinese, the Congolese and all the other exploited peoples halfway across the globe.
Jobs revolutionized gadgetry with sleek looks, perfectionism and a marketing campaign that made Apple the name for technological individualism, but he put hardly any effort into being responsible for the manufacturing process. He went on making money and inventing flashier iPhones. Every day of his life, Jobs condemned workers and innocent bystanders to pain and suffering by creating the products the American market gobbled up like pigs at feeding time. Was Jobs a success story? Absolutely. Is Job’s life deserving of celebration? Absolutely not.
Look at the business world, and most of American life, after Jobs infected it with his useful gadgets. As soon as I don’t have my cell phone handy for a callback, I don’t get the job. When I don’t get the job, I don’t eat and I die. Or I beg for food.

We can thank Jobs for our dependency on mobile connection to the entirety of the world. Of course, we can’t blame him for all of it; and yes, if he didn’t do it someone else would have and no single person could possibly be responsible for the technological age. But does that mean we should celebrate one of the guys who did make it? One of the guys who helped put that electronic shackle on our legs? No.

Should we thank Jobs for helping our lives require all these minerals that are drenched in vaginal blood and fund genocide? Should we thank Jobs for advancing our dependence on little buzzers and blinking lights whose manufacturers commit suicide because their working conditions –which make the products affordable– are deplorable and isolate workers from social interactions with other people? No, absolutely not.

Jobs made billions of dollars by giving the ravenous American Market the shiny electronic toys our society is now dependent on; the products of horrific violence and inhumane working conditions. The man deserves no mourning.