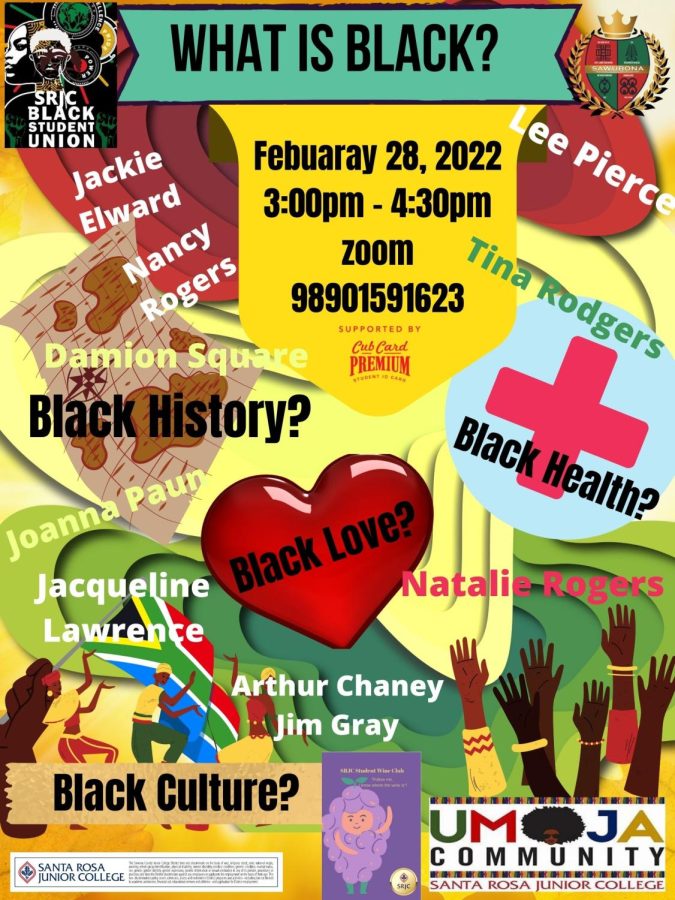 SRJC's Black Student Union "What is Black" Seminar discussed the historical legacy of the Black community in Sonoma County.

Speakers at the Black Student Union presented “What is Black: A Leadership Perspective Seminar” on Feb. 28 which gave insight into the life of Sonoma County’s Black Community and expressed the need for a Black community center in Santa Rosa.

Throughout the seminar, panelists spoke on the importance of having a cultural space for those who have been historically underrepresented in Sonoma County. “We’re not presented well in this county. We need a cultural center. It’s a necessity,” Student Body President Delashay Carmona Benson said at the seminar.

Dr. Jaqueline Lawrence, founder of Legacy Showcases, a Black production company based in Santa Rosa, agreed. “[We need] A place for us to come to the table without anybody else around to really speak our truth. Sometimes we don’t feel comfortable talking around people who don’t look like us,” she said.

Nancy Rogers, vice president of the Northbay Black Chamber of Commerce, proposed having a shared building for all Sonoma County residents who have been historically underrepresented, perhaps through the usage of ARPA funds.

The seminar also offered insight on the historical and cultural legacy of the Black community in Sonoma County. Dr. Jim Gray, vice president of 100 Black Men of Sonoma, spoke on the county’s historical support of the Confederacy, and John Richards’ legacy, the man who helped open Sonoma County’s first African-American serving school and owned 130 acres of land as a refuge for other African Americans in Sonoma County. These lands would later become the South Park neighborhood of Santa Rosa.

Also on the panel was Natalie Rogers, Santa Rosa vice mayor and council member, who said the county is also looking into creating a program to allow Black homeowners to pay a smaller percentage of a down payment on a house.

For more information on BSU you can find the club here.