Students and instructors react in wake of Russia’s unprovoked attack 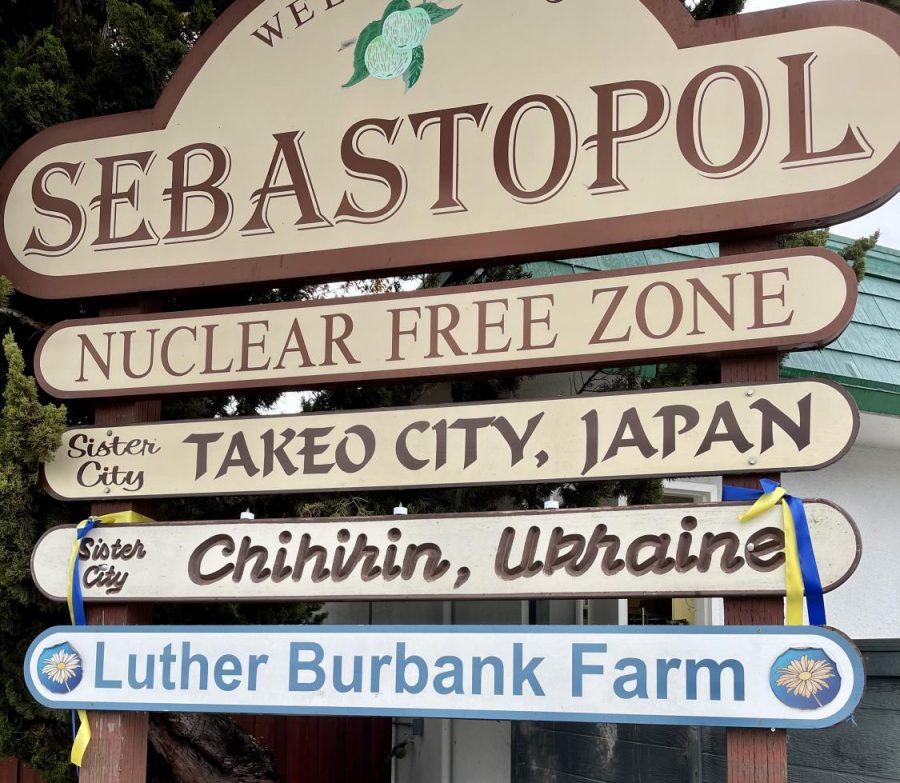 Uncertain of Russia’s next move, students feel the pressure of war overseas and are worried about the emotional and economic effect it has on their lives.

A mixture of confusion and anxiety crossed the campus as students questioned the future of not only their home, but the world. Some are choosing to stay informed and aware, while others turned off the news. Uncertain of Russia’s next move, students feel the pressure of war overseas and are worried about the emotional and economic effect it has on their lives.

“We just bought a house, and we don’t know what’s going to happen if the U.S. gets involved. Is there going to be a [market] crash? A depression?” asked mathematics major Laura Jojoa.

English major John Oster is prepared for economic struggles, as the cost of goods rises due to supply chain disruption. “I filled up my car this morning because the gas prices are about to shoot up,” he said.

“I could sit here and complain about how my gas now costs more,” said student Natalie Whiting, 19, “but that would be my privilege talking.” She recognized that the Ukrainian people are suffering in grave ways comparatively.

“It feels like doomsday,” said McDieun Philidor, SRJC theater arts major. He and other students have taken the initiative to learn about current world issues. “I think we need to educate ourselves and stay vigilant,” he said. “It’s so far away from us, but I do think we should be prepared and learn our history.”

Psychology major Lyric Pearson, 18, was sympathetic toward those suffering. “I feel so terrible for families being split up, innocent people dying, especially children, and for everyone who is trying to help over there who I’m sure is completely exhausted,” she said. Pearson also drew a parallel to Sonoma County, where residents know “what it feels like to lose the things they love because of the fires.”

Andrew James, a chemistry major, questioned the need for violence. “War to me seems silly at this point. The times we live in where we’re all interconnected and we should be able to share our ideals and beliefs without conflict like that,” James said.

The wait for more information is what bothers English major Oster. “We are finding out by the hour. We know more every minute, and this waiting is just going to make us more anxious,” Oster said.

Some students stressed the importance of staying aware of global conflicts, while others expressed the opposite.

Mossimo Tuscany, a kinesiology major, had no knowledge on the topic. “I don’t really pay attention to the news. I focus on my homework,” he said. Tuscany believes the news is “constantly negative,” and “depressing” and that the conflict seems to repeat itself. “We have a war, and then we get out of a war, and then we have another war. There seems to be no end to the pointless fighting that is impacting the people of the world,” he said.

Tuscany is not the only uninformed student on campus. Sociology major Daniel Moskowitt said he doesn’t know anything about it. “I just know there’s a lot of tension going on, and Russia wants to do something,” he said.

Another student, Daniela Ingargiola, 20, was “not really focused on it at the moment.”

Some students believed American involvement is a likely outcome.

“I think a fight or war will probably break out, and I’m just scared for my own safety, being on the West Coast,” said SRJC student Victoria Canela, 18.

History instructor Anne-Marie Donegan said there is no possible way the United States will send troops to Europe. “It would mean 20-something countries coming in [to Ukraine], and no one wants to fight this war. There is no way that an American soldier in uniform is going to Ukraine, that’s just not happening,” she said. “Students who are worried about drafting soldiers overseas should enroll in a history course.”

SRJC political science and history instructor Johannes Van Gorp agreed with Donegan’s assessment that U.S. boots on the ground are unlikely, and that the hysteria behind a potential draft is unfounded. “I don’t think the Biden administration is interested in getting involved in a land war; we’re dealing with a nuclear power,” Van Gorp said.

But Van Gorp is less sure how the conflict ends, outside of Ukraine’s returning to the Russian sphere of influence. “How is this going to evolve? It is very dangerous, because we’re talking about nuclear power here, and Putin is signaling quite clearly right now to the West, ‘Don’t help.’”

One possible scenario, Van Gorp suggested, and one that would be “the best-case scenario for NATO,…is that Russia gets bogged down in a war in Ukraine, and that Putin’s policy becomes increasingly unpopular in Russia as more and more body bags come home, and then you get resistance in the Kremlin, where [they] either have to choose withdrawal or regime change.”

But even this outcome is not entirely favorable for Van Gorp. “I feel it’s a horrible scenario, because that would cost thousands, if not tens of thousands of Ukrainian lives to get to that point, and also Russian lives.”