Board of Trustees selects Latinx psychologist, JC alumnus to fill board vacancy 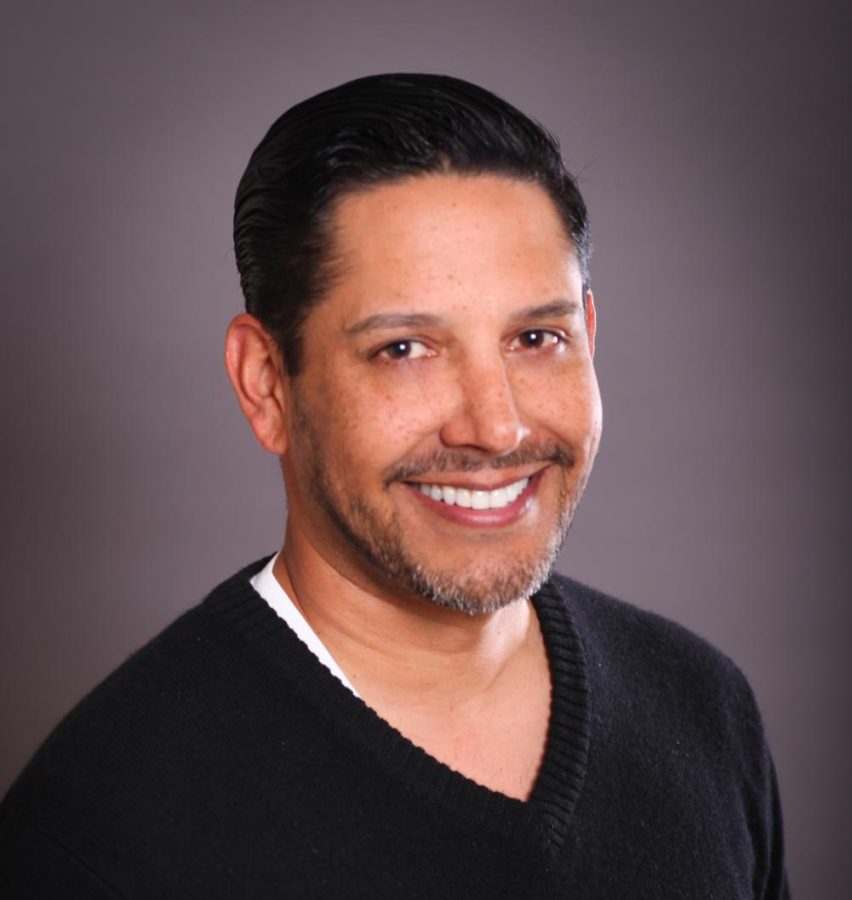 “I very much look forward to working with Michael Valdovinos. His interview revealed he is a talented, accomplished and community-minded professional,” said SRJC President Dr. Frank Chong. “His dedication to SRJC’s values of diversity, equity, inclusion and anti-racism were clear, and I believe he will be a strong role model for our students who aspire toward public service.”

Valdovinos was “humbled and overwhelmed” at the appointment.

“For me it was a full circle moment,” he said. “When I was at the JC, it was a particularly tough moment in my life, and then to have the board vote to make me a trustee…If you would have told me 20 years ago that I’d be on the board, I would have said, ‘No way.’”

Retired SRJC administrator Ricardo Navarrette spoke on Valdovinos’s behalf during the public comment period. “He is regarded as a national expert in the diagnosis and treatment of post traumatic syndrome and is a leading-edge psychologist on the global level,” Navarrette said. “Michael has diverse experience in governance. He has a deep affection for Santa Rosa Junior College. He has true educational allegiance and a future perspective that will be invaluable to the mission of [SRJC].”

Valdovinos’s childhood friend and SRJC alum Herman G. Hernandez also spoke during public comment. He said Valdovinos was a role model for him in their youth and that he continues to be “a great representation of equity in education and where we are in our culture. We lost touch as we got older, but he’s come back and continues to be an amazing role model for our entire community,” he said.

“I was especially moved by his words,” Valdovinos said. “I just didn’t know that’s how so many folks I grew up with thought of me. It moved me to tears as he was speaking.”

Hernandez also spoke in broader terms about the board’s choice.

“I think in this specific opportunity that you have, it may not seem fair to the other individual who’s incredibly qualified as well, because equity right now means that we need to be embracing and elevating our communities of color, which is why I think Dr. Valdovinos should be able to fill that last seat,” Hernandez said.

Despite Withington’s lauded commitment to furthering opportunities in the trades — a significant portion of SRJC’s curriculum and future investment — and his experience lobbying varying levels of government, the board members agreed Valdovinos’ professional and lived experience was more prescient to the challenges facing SRJC, its students and their families.

Valdovinos grew up in a “dilapidated, barely functional trailer on a dirt patch near Armstrong Woods Park,” as he wrote in the letter he submitted to the board. From a childhood shaped by “the reality of a deeply depressed monolingual Spanish-speaking mother who struggled to keep pace with two active young sons and a husband who had to work seven days a week to make ends meet,” Valdovinos attended SRJC, UC Davis, Alliant International University, where he earned his doctorate in psychology, and ultimately Stanford’s Graduate School of Business.

“The fact of the matter is, Mike knows education, but more importantly he’s a doctor and understands the trauma and the emotional turmoil that our community and our youth have been going through, and I think having that type of perspective on your board is absolutely important,” Hernandez said.

Valdovinos also did a stint in the U.S. Air Force and a tour in Afghanistan.

“I do think his connection and his work with veterans is really important. And I know that’s a constituent group on our campus that I think it’s important to have commitment [to] and experience with,” said Board of Trustees President Dorothy Battenfeld.

His lived experience “trying to bridge a Latinx and white western culture,” as he said in his letter, isn’t the only value he brings to the table.

According to his resume, Valdovinos is a board-certified psychologist who has dedicated his career to behavioral and mental health. In addition to consulting work, where he guides corporations and nonprofits on mental health care, wellness and technology programs, Valdovinos is Facebook’s safety policy manager for mental health and well-being.

His experiences in medicine and the military have centered around “building and leading organizations that provide diverse patients with outstanding care on a broad range of issues.” His resume cited how he has used virtual reality and artificial intelligence to “reinvent the patient journey.”

After the board interviewed each candidate, the trustees had an opportunity to comment.

“Looking at our changing demographics, looking at who our students are and who the future of our college is, I really feel that it’s important that our board represents our community,” Battenfeld said.

She also said Valdovinos’s appointment would go a long way to showing the board’s commitment to diversity, equity and inclusion (DEI).

“We’ve passed several resolutions around DEI, [and we] really want to make a commitment not just in words but in action that we’re committed to taking action to really show our support for diversity, equity and anti-racism,” Battenfeld said. “And I really think that while both candidates are committed to that, [Dr. Valdovinos’s] strengths and commitment in terms of that representation makes him a really strong candidate for our board.”

Hernandez, an SRJC alumnus, made that point succinctly.

“This board has an amazing opportunity to select a person that reflects the changing demographics of our county, our community and your school,” he said. “But as we’ve been learning over the last 18 months to eight years and beyond: representation matters.”

Valdovinos said his personal experience grounds his professional work but will also underpin his future as a trustee.

“Having been a student at the SRJC as a junior college, and particularly a student of color, really puts me in a unique position to be able to advocate for students across the spectrum, certainly from an area that I know well,” he said.

One specific area he knows well is COVID-19 response. During his time at Sutter Health, Valdovinos served as mental health lead on its LatinX Rapid Response Team; he was responsible for reducing coronavirus transmission in Sonoma County’s Latino community. His resume said the team “reduced core demographic COVID-19 transmission rate from 62% to 3%.”

Board President Battenfeld is looking forward to adding this expertise to the board.

“I think he understands the current needs of students, but he also has experiences with communities and covid, which is an added challenge,” she said. “He is very current and very relevant to the needs that students and the college have right now.”

In addition to Sutter Health, where he was co-director of behavioral medicine, Valdovinos’s former employers include Cornell University’s Weill Cornell Medical College, where he was assistant professor of psychology; New York-Presbyterian Hospital as associate director of their military and family wellness center; the U.S. Department of Veterans Affairs as program manager for tele-mental health and evidence-based psychotherapy; and the Air Force, where he served as director of mental health services at Landstuhl Regional Medical Center in Germany.

Valdovinos also sits on the board of directors for the Sonoma Land Trust and the Healthcare Foundation Northern Sonoma County. He lives in Sebastopol with his wife and two daughters.

The trustee position representing west county was open because Jordan Burns planned to move out of the area, rendering him ineligible for the seat.

“My employment during the pandemic allowed me to realize that I can work remotely. At the same time, my wife was able to sell her business and is now transitioning into a new career which has changed our goals and plans for the future,” Burns said in his resignation letter.

He served on the board for almost seven years and felt “great regret” at resigning.

“This has been an amazing experience of giving back to the community, and to my alma mater that gave so much to me and helped propel me to where I am today,” Burns said.