The Oak Leaf • May 19, 2021 • https://www.theoakleafnews.com/news/2021/05/19/black-panther-legacy-keepers-co-founder-amin-cooley-on-starting-anew-while-building-on-the-old/ 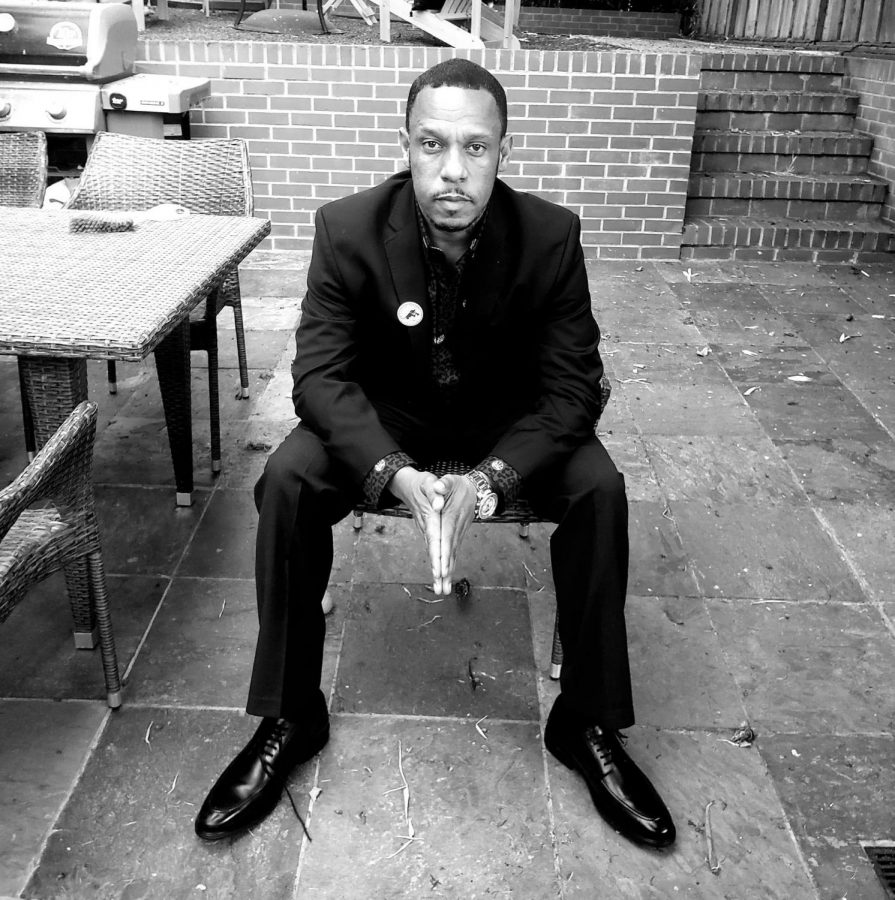 Watching Derek Chauvin murder George Floyd lit a revolutionary fire in many Americans, but not all were immediately prepared to take to the streets.

Musician-turned-activist Amin Cooley was one who felt he first needed a proper education in civil rights and racism; he turned to a storied source of Black power and activism: the Black Panther Party.

Yet despite the almost 40 years since the Panthers folded — and the groundswell of support for Black Lives Matter — Cooley still feels the need to debunk the violent stereotype imposed on the BPP.

“We do get painted as these angry Black people who yell, and are mad at the world. Nuh-uh. That’s not who we really are,” he said. “Never have been.”

Young people nowadays associate black berets and leather jackets with the Panthers; older Americans might remember their being armed — and might have assumed that meant they were dangerous, depending on where they stood on civil rights.

But the Black Panthers were a multi-faceted group that provided breakfast and lunch to school children and free clothing for the community. Cooley’s new group continues this tradition, and gives out a thousand free meals at the Danny Glover Center in Oakland every Tuesday and Thursday.

“The dude was yelling, calling Forrest a pig and a devil, and ‘You’re a white man raping all Black woman.’ We don’t talk like that,” Cooley said.

He attributes this violent image to the U.S. government, which exploited marginalized groups including Black people in an attempt to keep them silenced.

“Black folk get cut down the most,” Cooley said, although he noted that today’s activism is not only about skin color. “I would say this to the powers-that-be: ‘This is not just a race thing. This is about classism. We’re beyond race. It’s about how much money you make.’”

He sees it firsthand at the Glover Center.

“I have people pulling up in Teslas — because they had a job last year — and now this year they don’t and they’re still stuck with that lease and that Tesla. So they can’t afford their meals,” Cooley said.

It’s because he witnesses the struggle across class and racial lines that Cooley feels drawn to the Panthers’ ideology of “love and compassion.”

“Hatred is hella easy. To love someone and forgive someone, that’s hard,” Cooley said. “We can’t pick and choose who we are equal to; that makes you a dictator. We have to be equal to all: gay, straight, Black, white, Asian, a Martian from Mars. If that mothafucka lands down here, I’m going to be equal to him too.”

He said fighting racism with racism is like mistaking gasoline for water and throwing it on the fire. It continues the cycle of oppression and alienates you from other marginalized groups.

This is where Cooley illustrates the evolution of the ’60s BPP to today’s reincarnation, with himself as a middle ground.

“I think that the younger you are, the more in touch you can be, but also the more ignorant you can be too,” Cooley said. “At my age I’m more able to relate to the youngsters.”

The old-school Panthers, now in their 70s and 80s, can be reluctant to share their teachings; Cooley wants to educate as many people as possible through the BPP courses.

“It has to be taught. To Blacks, to whites, to everybody. Because it’s not about just Blacks. It’s about all of us coming together. What scares the government is when we break those lines of division. If I call someone a white devil, [the government] loves that shit,” he said.

The original founders place more weight on education; Cooley wants more people taking to the streets. He formed this opinion based off guidance from his cousin who said, “You can’t go to the same people that dominate and murder you, and say please let me walk out. You’re wasting your breath.”

Cooley feels there’s no justice for Black people through the legal system as Chauvin’s guilty verdict only made police more defiant.

“They’ve killed a Black person every day since. We also have [to take] some accountability because we keep letting cops do this to us,” Cooley said. “There has to be action. I’m not saying we need to go out there and gun down the police. Action could be us policing our own neighborhood.”

Cooley became an activist for the youth and believes they can’t flourish as long as they are dependent on a racist police force.

He hopes to set the youth on a path of real change so he can live peacefully when he grows old. He believes the original BPP couldn’t continue because many of the original members were shell-shocked from fighting an oppressive government for two decades.

“I won’t live a long life if I try this revolutionary shit for ten more years or so,” Cooley said. However, he feels the U.S. finally has a chance to change now that young people are more connected to each other through social media.

“They are more aware of their surroundings than I was. They’re smarter than I was. I see a future for tomorrow,” Cooley said.