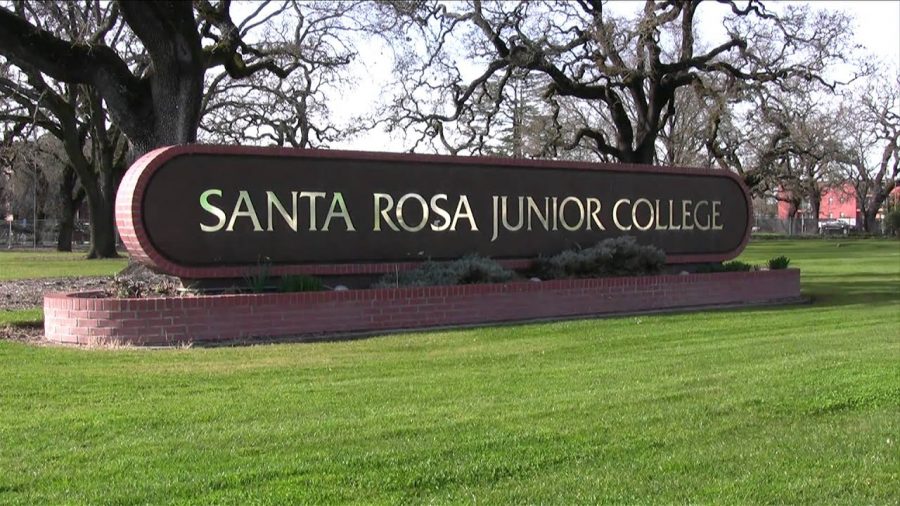 SRJC President Dr. Frank Chong announced he should know within a week what percentage of Fall classes will be remote, hybrid or in-person.

Santa Rosa Junior College Board of Trustees addressed the Black Leadership Association Collective and the need for updated virtual teaching for Fall at its May 11 Zoom meeting.

Leaders from BLAC and the Black Student Union organized a “BlackOut” walkout event May 5 to express frustration with SRJC administration, who they said is still ignoring their demands regarding the new ethnic studies department and SRJC police reform after ten months of listening sessions.

Academic Senate President Julie Thompson said the Academic Executive Committee is committed to responding to BLAC’s and BSU’s demands. She said they were able to send eight senators to a plenary session, which should help them better listen to BLAC and BSU in the future.

“Senators are educated about laws and regulations, inspired by programs at other colleges to bring new ideas home to affect change at our own college,” Thompson said.

“We’re trying to figure out how to provide public safety to our community and at the same time being sensitive that we need to do things differently,” he said.

Sigala said she supports social justice and BLAC’s and BSU’s demands for police reform, but SRJC District Police has had a short-staffing problem for years and doesn’t have enough staff for the 24-hour operations.

“I ask that you allow for a hiring process for our dispatchers right away. They are not armed and carry out a critical safety role for our campus community,” Sigala said.

She said SEIU looks forward to the upcoming listening session on police reform.

When public comments opened, microbiology instructor Steven Kessler advocated for a more robust offering of in-person classes for Fall semester. He said, as of Tuesday, 216,000 Sonoma County residents have been fully vaccinated, which is more than 50% of the 16-years-old and over population.

“We are now at the point where we can shift the balance of our safety and academic needs,” he said.

Kessler said he was grateful he could teach microbiology labs in-person and wants to extend the opportunity to more students and faculty. He is worried about SRJC’s most vulnerable students, who are already falling behind.

Dr. Chong appreciated Kessler’s comments and said the administration has been working tirelessly to try to anticipate and plan for a safe return.

Sean Martin, president of the All Faculty Association, also advocated for greater expansion of in-person instruction as conditions allow.

He called on two resolutions for the executive council meeting on May 12. The first will be to immediately move forward with the formation of the ethnic studies department with a qualified and diverse faculty, and the second will be for the district to observe Cesar Chavez Day as a holiday and to explore renaming holidays that are mandated by the Chancellor’s Office, but are contrary to the values in SRJC’s mission statement.

One member of the public addressed the allegations against former SRJC employee Ari Poppers. Jennifer Biancalana, a former SRJC student and Steam Shop employee in the theater arts department from 2010-2013, said she read in The Oak Leaf that action had been taken, yet wondered why there was no public response from SRJC staff or theater department Chair Leslie McCauley on Poppers’s departure.

McCauley told The Oak Leaf that she is legally prohibited from discussing the investigation because of employees’ right to confidentiality.

No one commented on or addressed Biancalana’s concerns during the meeting.

Psychology instructor Dr. Brenda Flyswithhawks, the recipient of this year’s academic presidency award, announced the April 20 formation of the SRJC Native Faculty and Staff Association. She said the association is an alliance of higher education professionals committed to building strong native communities by affecting meaningful change in higher education policies and practices that support and improve the educational experiences and success of native faculty, staff and students.

Dr. Chong said he would participate in the Unity Through Community Walk from 2-5 p.m. on May 15 and thanked Student Body President Delashay Carmona Benson for putting the event together.

He also announced that SRJC had more than 600 students transfer to Sonoma State University for Fall 2021, a record number.

Matthew Long, dean of student services at the Petaluma Campus, said the fourth annual “We The Future” social justice conference was incredibly successful with more than 450 attendees, an admittedly hard number to accommodate if it was in person.

“The conference continues to be this vital gathering place where SRJC students, faculty and staff, as well as local high schoolers and community members are able to gather and learn and build coalitions around vital issues of social justice,” Long said.

He also announced a “Building Futures” fundraising event hosted by Ken Wayne of KRON 4 News on June 3 to raise funds for a new science and student center.

Serafin Fernandez, senior director of capital projects, provided updates on the Measure H project. At Shone Farm, the portable buildings are all set on building pads, the Porter Barn upgrades are almost complete and the produce processing facility is making progress.

On the Santa Rosa campus, the Central Plant has 90% of its piping complete and work on the building itself is underway, the Emeritus Circle project should be finished by next month, and the KAD project is progressing with the field house footings, foundations and swimming pool excavation complete. The 707 Elliot St. property was demolished Monday and will be replaced by the new foundation building.

Amy Flores, college skills tutorial department chair, spoke about services the tutorial center provides, including a new paper drop-off option for students who have jobs or kids at home. There are also live sessions, appointment-based services and Peer Assisted Learning Specialists, PALS, who provide in-class support and conduct study sessions. To reach students outside of operating hours, the center has partnered with Net Tutors, which can be accessed on their website.

“You’ll always be part of our family at the JC, and we look forward to seeing the great things you’re going to be doing once you matriculate to a four-year college,” Dr. Chong said.

Toscano said it was a great opportunity to be able to serve as the first undocumented student trustee. She reminded the board that marginalized students still face racism and discrimination, and responsibility falls on them, faculty, staff and every student who has to work double time as social advocates. She also congratulated student trustee elect Anetra McCartney for being the first international SRJC student trustee.