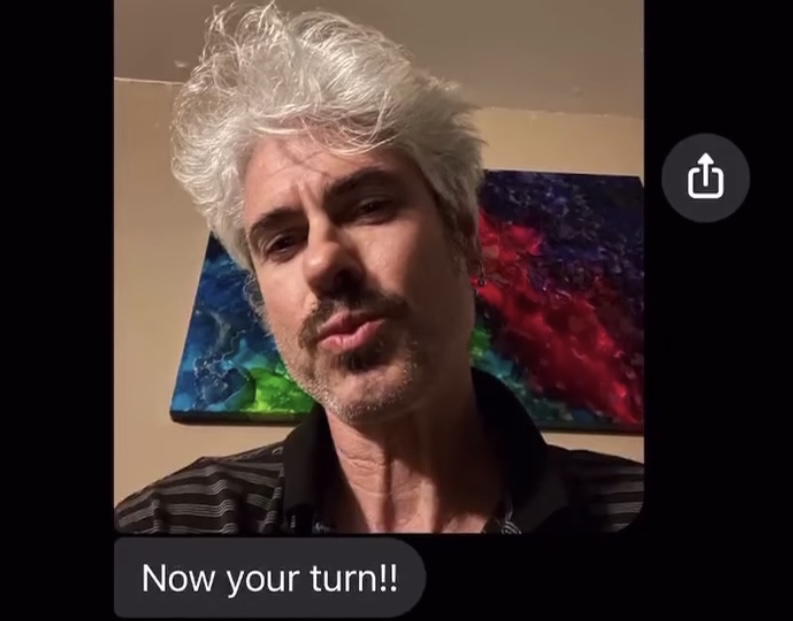 SRJC Theatre Arts Technical Director Ari Poppers, currently under investigation by SRPD for improper communication with someone posing as a minor, reportedly has a history of inappropriate conduct at SRJC dating back to at least 2012.

More than a dozen current and former Santa Rosa Junior College students claim embattled theatre arts staff member Ari Eden Poppers harassed them or their peers on and off campus dating back almost a decade.

In interviews with The Oak Leaf, students say the 45-year-old Poppers has made lewd comments, ogled them and attempted to connect with them via dating apps.

There has been so much commotion around Poppers’ inappropriate behavior that SRJC theater alumni are collecting anecdotes in a formal survey in an effort to forward the investigation. The movement is not affiliated with the college and responses will only be released to SRJC District Police and the JC’s HR Department, according to the survey’s organizers.

Poppers is on administrative leave from SRJC while the Santa Rosa Police Department and SRJC Human Resources conduct separate investigations into his alleged inappropriate conduct with someone posing as a 16-year-old.

In the video posted by Lexi Sanderson on Facebook, Poppers sent sexually explicit messages to Lexi, and told her, “Just keep telling me you’re 21.” As of April 23, Poppers has not been charged with a crime.

The initial investigation threw SRJC and the wider Santa Rosa community into an uproar when it was first reported April 16. Since then, more than a dozen current and former students have spoken with The Oak Leaf about Poppers’ conduct; four allowed The Oak Leaf to publish their names along with their experiences.

Former SRJC Theatre Arts student Rachel Morales, 27, said, “If a girl was using a power drill and it would make her boobs jiggle, he would say, ‘You’re not doing very good, but I really like the way it looks.’”

Before they’d even met, Morales heard rumors about Poppers hitting on female students and picking favorites.

Upon meeting him, her experience was similar. “He would always try to make a sex joke or take his shirt off,” she said. “Whenever my friend would come meet me after class, he would always call her jailbait.”

Former SRJC student Amber Peters, who attended the college from 2009 to 2015, remembers Poppers flirting with her and her 16-year-old coworker at her job at My Friend Joe’s, a popular coffee shop across the street from SRJC.

“I remember Ari vividly. He was a regular at Joe’s. Our conversations were mostly polite, though he always had a flirty tone that felt gross,” Peters said. “What I do recall standing out was how he would flirt with my [underage] coworker. Comments on his end would sometimes veer into inappropriate observations about her appearance.”

SRJC student Gigi D’Elia, who interacted with Poppers but never took a class from him, said they would see him actively seeking out younger students.

“Fuck that guy,” D’Elia said. “I’ve seen him multiple times talking with the high school employees who worked at [My Friend] Joe’s. Pretty much the younger and more naive someone looked, the more likely you were to find him talking to them.”

“He was always interested in the youngest, prettiest girls,” Hayes said. “During a show we would have a makeup department and a costume department, and those people generally weren’t involved in the theatre department. They were girls on campus who took makeup classes. But part of that theater makeup class was you have to work on a show.”

Hayes continued, “So, at some point during shows we get an influx of pretty girls. That was like a field day for him and he could always be found there [around them],” she said. “There was no proof that he was doing anything wrong in the sense of the law, but I would definitely say that he abused his power.”

According to Hayes, Poppers oversaw the stage crew and the shop where props and stages were built.

The allegations did not surprise Hayes. “It was a well known thing about him,” she said.

“I didn’t like that he liked young girls, and I knew he was on local dating apps all the time. Me and my friends would find him on them,” Hayes said. “He was always messaging students if he found them on dating apps. That’s a pretty common story that I heard from a lot of people.”

Former student Morales also encountered Poppers on dating apps. “He would constantly message me, and I would be like ‘No, I’m not interested in dating any of my teachers,’” she said.

“I think I finally ended up having to block him on OkCupid, and then I ended up just deleting the app in general,” Morales said.

An anonymous former SRJC student weighed-in on The Oak Leaf’s April 18 article about Poppers. “In my time at the JC,” they said, “I heard dozens of horror stories and watched in support as my peers did everything in their power to report Ari to authorities.”

In response to allegations of Poppers’ behavior being an open secret within the department, SRJC Theatre Arts Department Chair Leslie McCauley said, “That was not my experience.”

“I can assure you that my department routes all complaints and concerns to the appropriate reporting channel at SRJC,” McCauley said. She also noted in her response that she is legally prohibited from discussing any investigation.

“It is understandable that people have questions and feel that when the District is not disclosing details of its investigation, that nothing is being done, [but] this is not the case,” she said. “This right of confidentiality extends to all employees in their employment relationship with their employer, similar to a student’s academic record, which is also confidential.”

McCauley added, “I realize this can be frustrating for those who want to know the details of what is happening, but it is important to understand the district is following the law.”

In an interestingly timed set of emails sent April 23 that appears to coincide with the investigation and the growing number of comments surfacing about Poppers’ behavior, SRJC President Dr. Frank Chong outlined to staff and students the college’s anti-harassment policy and how to file complaints and grievances.

While this anti-harassment policy and filing procedure may be useful now, it is of little consolation to those who interacted with him over the last 10 years. The policies also haven’t been reviewed since 2014 and 2012 respectively, years before the #MeToo movement made women more comfortable reporting harassment.

Former student and barista Peters never reported Poppers. “[When working at My Friend Joe’s] I was naive and did not understand that I should [have reported him],” she said. “I never reported his behavior to SRJC because I don’t believe I grasped the gravity of him being in a position of power surrounded by young women all day.”

“They didn’t do things like that,” she said. “There were a lot of other teachers there that I know who probably felt just as powerless as I did as a student, so I don’t want to condemn everyone.”

Former student Peters finds it unacceptable that Poppers holds a trusted position at a school.

“I believe it is important for the public to see that Ari purposely chose a career position that would keep him in close proximity to a consistent supply of new, young women,” Peters said. “Though the [typical] age of a junior college student is above 16, there are many young women that take classes on campus like I once did, and I am sure that the theater department is [still] no exception.”

SRJC’s classified staff union is unable to comment on member investigations, but said in an email, “SEIU Local 1021 wants to make it abundantly clear that we stand against sexual assault and abuse toward anyone.” According to a document obtained by The Oak Leaf, Poppers was on the SRJC Classified Senate and an SEIU union steward between 2017 and 2019 in the theatre, fashion, communications, culinary, art and music sectors.

SRJC Interim Vice President of Human Resources Sarah Hopkins is also unable to comment due to the confidential nature of internal investigations.

The Oak Leaf reached out to Ari Poppers by phone and email after publication of our April 18 article, and has received no response.

To share information relevant to the ongoing investigation, call SRPD at 707-543-4045. If you are a survivor of sexual assault in need of support, call the National Sexual Assault Hotline at 800-656-4673.