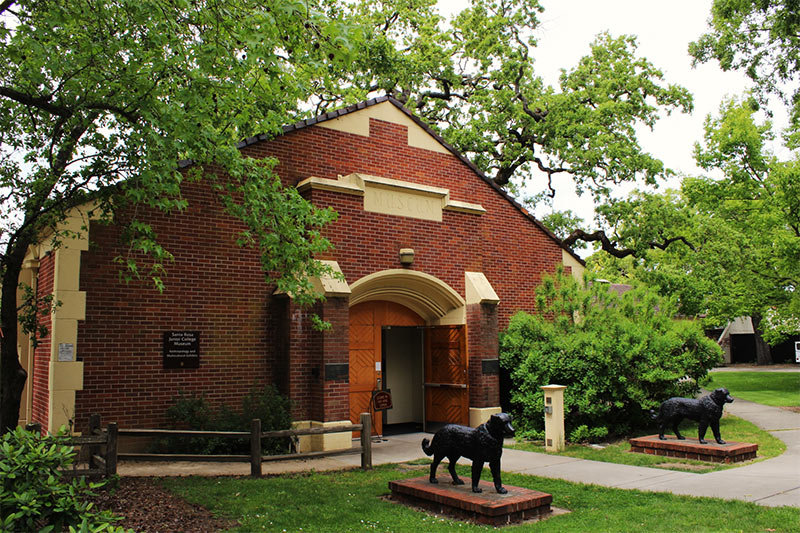 The Santa Rosa Junior College Board of Trustees passed resolutions to eliminate a Petaluma managerial position, renamed an on-campus museum and supported policies to reduce climate change at its April 13 meeting held on Zoom.

“I was responsible for new technologies brought to this college. Without it, this meeting would not be possible today,” Pearson said. “I’m proud of the numerous solutions that I helped to architect over the years and know that our faculty and students need more help than ever to get dedicated service and support, not less.”

The resolution states the classified position will be eliminated “due to lack of funds and/or lack of work.”

Board member Caroline Bañuelos voted against the resolution.

“Why this position and why now when we are in the middle of needing so much technology?” Bañuelos asked. “I’m concerned about those folks who are going to pick up the slack, how they are going to be working harder because we are working harder in a Zoom environment, whether people understand that or not.”

Dr. Jane Saldana, vice president of academic affairs, cited budgetary constraints for the layoff. “Next year for 21-22, SRJC is being asked to reduce by another $2.8 million. And in academic affairs that amounts to $1.1 million,” she said. “We currently have three managers in media services and eliminating one of the management positions was an option.”

She said the position’s elimination was something they “have looked at for multiple years,” and while resignations last year prevented layoffs, now few options are available.

A report by Kate Jolley, vice president of finance and administrative services, underscored the college’s plan to reduce spending, pointing to lower-than-expected enrollment at the Petaluma campus. The college plans to reduce spending by $7 million over the next three years, which includes eliminating positions.

Dr. Chong acknowledged his decision to maintain online learning through Fall 2021 and noted some departments, including athletics, would be moving toward in-person activities.

“I was not pleased with Governor Newsom’s announcement about everything going back to normal by June 15 and community colleges would be fully open. This is just not possible given that we still have to comply with the CAL OSHA and CDC guidelines put upon us.”

“We signed up for school; we didn’t sign up for school in our house. Forcing students to use and keep cameras on would further marginalize students,” she said.

Benson-Carmona shared future SGA events including a “Unity Through Community Walk” on May 15. Earth Week events will include “Meatless Monday” on April 19, “Hemp, Hemp Hooray” on April 20 and “Trashion Fashion Show” on April 22.

Sean Martin, president of All Faculty Association (AFA), spoke against purported rumors about how teachers’ unions prevented fall scheduling efforts to return to in-person classes. AFA does not support remote instruction for Fall 2021.

“We can pull back from in-person instruction and services as necessary. We have done it before. It is difficult. But the opposite is not possible,” he said. “Thus if we fail to prepare a more robust return to on-site instruction and services, we are preemptively excluding creative and effective strategies that may better serve the students and community.”

In a presentation by Rachel Minor, supervisor and curator of Jesse Peter Multicultural Museum and Catherine Prince, dean of instruction & strategic program development, they shared the museum’s history as a rock museum named after Jesse Peter, a mineral engineer.

Some items Peter originally displayed in the museum include a collection of mortars and pestles he believed he was preserving, though they are Native American cultural relics he took without permission.

“Removing the name Jesse Peter puts the focus on the diverse collection in the museum and how we are representing cultures from around the world and around the country,” Prince said. “This will allow us to honor the rich diversity of cultures in the community and not the collection of one particular person.”

The board also unanimously passed a resolution to support policies in favor of reducing climate change.

Sarah Jones and David Liebman, members of the sustainability committee, presented these resolutions, encouraging all students, faculty and staff to recognize the climate emergencies and collectively take action to work toward a sustainable future through shared responsibility.

Board of Trustees President Dorothy Battenfeld reiterated her support for the Asian American and Pacific Islander and Black communities and denounced the hateful rhetoric toward Dr. Chong and other members of the AAPI community.

“I just want to make sure that the SRJC community knows that we will not tolerate any kind of harassment or attacks on groups or individuals at SRJC,” she said.

Ann Schott, mathematics administrative assistant, was recognized as employee of the month. Her department awarded her $1000, which she plans to donate to Asian Pacific Islander Staff Association (APISA).

Next month’s Board of Trustees meeting will be held at 4 p.m. May 11 via Zoom.