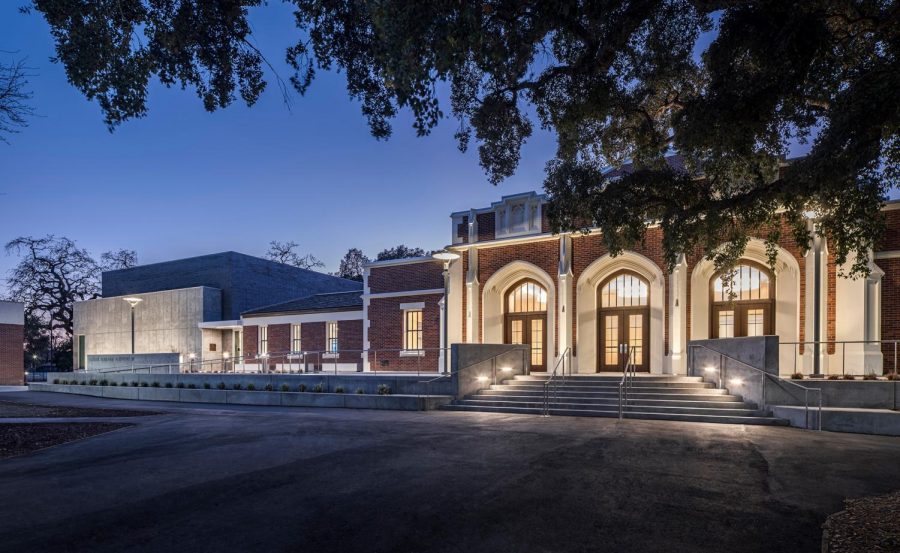 SRJC Theatre Arts Technical Director Ari Eden Poppers is on administrative leave and under investigation by SRPD after a Facebook post detailing Poppers's inappropriate conversation with someone he believed to be a minor.

Santa Rosa Junior College Theatre Arts Technical Director Ari Eden Poppers is on administrative leave and under investigation by the Santa Rosa Police Department for allegedly engaging in sexual communication with a minor.

On April 16, a Facebook profile under the name Lexi Sanderson posted a video detailing a conversation between Lexi and Poppers where Poppers, 45, used explicit and sexual language and attempted to initiate in-person relations after Lexi claimed she was 16.

“And your [sic] sure you’re cool with me being 16?” Lexi asked in one message. “Just keep telling me you’re 21 lol,” Poppers replied.

In a conversation with The Oak Leaf, “Lexi” admitted to being a 25-year-old former Sonoma County resident but would not give his real name.

When asked why he would pose as a minor online he said, “I grew up in a family of sisters, so I saw it as the youngest brother. I saw it my whole life, just weird creepy men hitting on my sisters, and it was just pretty annoying, and I never really felt like I could do anything about it.”

In a subsequent Facebook post, the man posing as Lexi said he told Poppers he would keep the chat private if Poppers agreed to his terms.

“I gave Ari the chance to confide in someone close to him in hopes of that person holding him accountable moving forward, as well as completing an online class about how to deal with his sexual urges and carelessness,” Lexi said. “In the end, he refused, so this [posting publicly on Facebook] was the only way.”

Asked to clarify why he would bother negotiating with Poppers and not notifying authorities, Lexi said, “Either way, I go to the police.” He said he doesn’t usually publicly expose the conversations but in some cases, “It needs to be documented. In most cases, nothing happens to them under the law, but it still needs to be out there.”

Lexi also released the full text conversation in an attempt to clear his conscience. “I mean, say something happens and I knew about it, obviously then I’m kind of, not an accomplice but loosely related to it,” he said.

In addition to SRPD’s investigation, the JC is also conducting its own internal investigation and placed Poppers on administrative leave April 16.

“SRJC is taking the matter seriously and is taking action,” said Theatre Arts Department Chair Leslie McCauley. “I cannot comment further due to the confidential matter of the investigation.”

Poppers is not currently charged with a crime as of April 18.

The Oak Leaf reached out by email and phone to Poppers and received no reply.

To share information relevant to the ongoing investigation, call SRPD at 707-543-4045. If you are a survivor of sexual assault in need of support, call the National Sexual Assault Hotline at 800-656-4673.