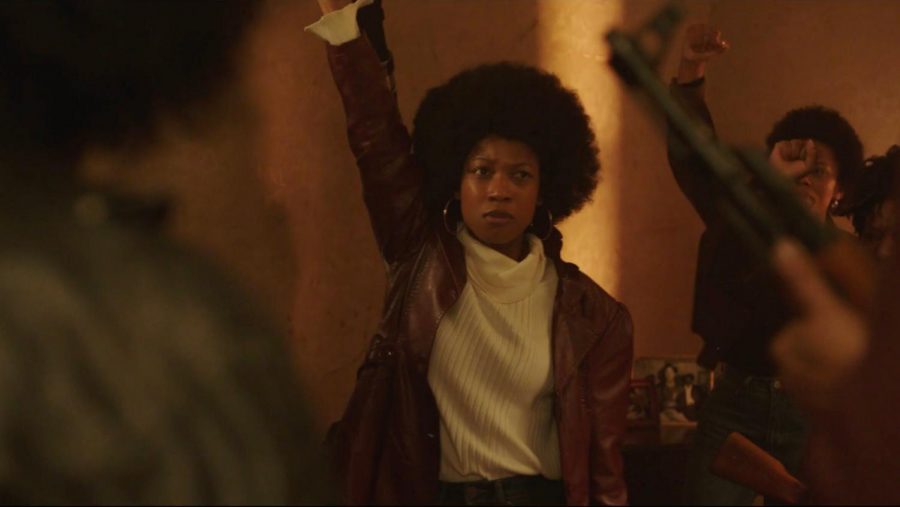 Santa Rosa Junior College hosted a screening of Ciani Rey Walker’s “Misfits,” a short film that celebrates the Black female voice and promotes an understanding of the Black Panther Party, in a Zoom event March 3 that was followed by a Q-and-A with Walker.

During Black History Month in school, Walker said she would read about the civil rights movement and would only find a small paragraph on the Black Panther Party, normally describing the party as “violent.” In an effort to learn more about who the Black Panthers really were, she started doing some research about them.

“It didn’t seem right that there would be a group that was just senselessly violent,” Walker said.

In an attempt to show the Black Panther’s true mission and the rationale behind their actions, the 21-year-old Walker wrote and directed “Misfits.” Walker’s goal in both “Misfits” and filmmaking is “to tell stories that give the audience a new lens in which to see the world.”

Walker spent over six months researching to ensure the film’s authenticity. Preferring the option of a physical text to work from, Walker spent most of her time in the library of her alma mater Chapman University.

She also watched documentaries and listened to speeches from Black Panther members. Her research started broad by just gathering facts about what houses looked like in the Black Panther Party era, then narrowed to what their radios looked like.

She wanted to know about a Black Panther’s daily life to humanize them and show they were not just violent killers. Thus, Christianity was a common motif in the film as an ode to the Black community.

“When I was doing my research I was asking especially my aunts and uncles, my uncles were Black Panthers, so I was asking them what was home life like — everyone went to church, you know,” she said. “That was kind of the common denominator in the Black community.”

Walker was also inspired by time spent studying abroad in London, England. In London, the Black British community maintains a close relationship to their cultural origins due to earlier migrations into the country, whereas in America, many African Americans, including Walker, do not know where they are from in Africa because they are only traced back to plantations.

Walker felt a greater sense of nationalism among the Black community in London because although Black Americans have the American flag, most feel like they are not represented by it.

“Going into the production design of the house I wanted to really make it feel like home because that is something we so desperately want- to have a home and feel like we are at home, but that’s hard to do here,” Walker said.

She wanted to show the Black Panthers as close and united at home because they really only had each other.

Often people detach themselves from horrible events in history by distancing themselves and diminishing their relevance. Walker did not want this to happen because racism is still prevalent and affecting our society today. Thus, she incorporated modern sounding music and language into the film to tie the issues of racism to the present.

During the Q-and-A, one viewer asked how she would educate children about injustice without using graphic violence. She said that kids should be taught to treat everyone equally and not have the color of someone’s skin determine how you treat them.

She believes racism comes from fear of the unknown and to knock down barriers we should teach kids to not be afraid of people who have a different skin color and to treat everyone with respect.

“It all comes down to education and just learning, and I know that I keep harping on this but the aspect of humanity and understanding that we are all on this earth together,” she said. “You know this is all of our space, this is all of our homes and so our job is just to extend love.”

Misfits is still in the festival circuit and will be available to the public sometime in October 2021.

A recording of the session can be viewed at SRJC’s Women’s History Month event page.