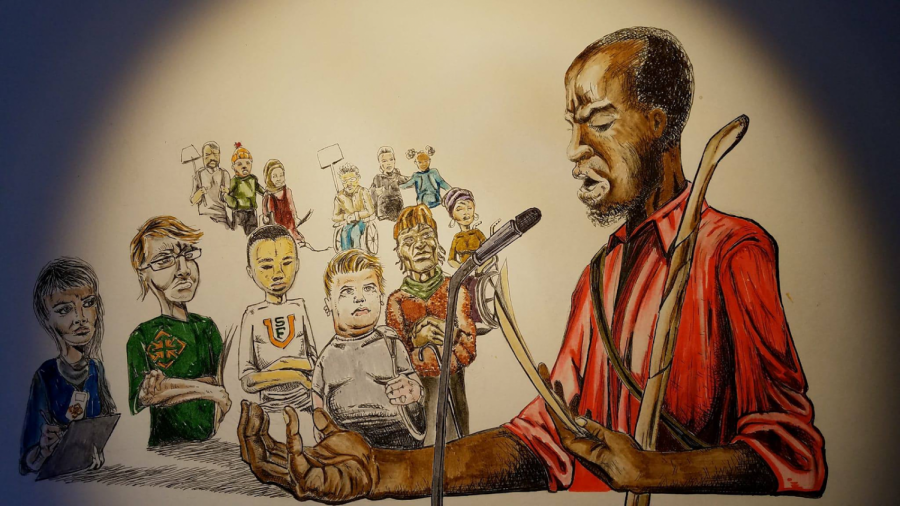 “Resistance is more than just fighting back; it is also about creating other avenues to express ourselves,” activist Leroy F. Moore Jr. said in a Zoom presentation Feb. 9 entitled Black Disability in Resistance and Creating.

Black disabled individuals have historically turned to art and music because it was the only way to make a living, and it soon became a rich part of cultural history, Leroy F. Moore Jr. shared in his presentation “Black Disability in Resistance & Creating” over Zoom Feb. 9.

Moore Jr. is a longtime activist for Black disabled people’s rights as the chair of the Black Disability Coalition and founder of Disability Advocates of Minorities. Moore Jr. founded Krip-Hop Nation to educate people about the systemic discrimination disabled hip-hop artists face. The group works to create a culturally rich and judgement-free space for marginalized people to share art, such as music, poetry, books and CDs, and to learn the political history of oppression.

“Black disabled resistance has always been here and it will always continue, so long as we live and resist in an ableist, racist, sexist, homophobic and ageist society,” Moore Jr. said.

“Krip-Hop aims to spread awareness in music and media outlets about the skills, history and rights of black disabled artists,” Moore Jr. said. “I envision a society where all cultural expression, whether it be mainstream or underground, in today’s unprecedented political social unrest, is embraced for what it is,” Moore Jr. said.

Moore Jr. said that even though history can be ugly and painful to look at sometimes, because it was so oppressive and abusive towards these disabled black individuals, we have to recognize that it was the only avenue where these people could make a living.

“Hip-hop was resistance for them, and they turned that resistance into creation,” Moore Jr. said.

Moore Jr. explained Black disabled resistance goes all the way back to the creation of the United States and continues through every era, from slavery to Jim Crow to the Black Civil Rights Movement, and from blues to hip-hop.

In his presentation Moore Jr. explained how disabled slaves were known as “the dozens” because they were sold as a dozen. Slaves who found themselves in the dozens would pass time cracking jokes at their peers’ expense. This early form of “roasting” laid the foundation for what is known as battle rap, which is used to settle disputes without violence.

He also pointed out how laws have been used to dehumanize disabled people, like the “ugly laws” in the UK, which prevented disabled individuals from going outside.

Moore Jr. said disabled people have historically been ignored, even by progressive movements, and they had no rights until the 1970s. They lacked personal autonomy when under supervision of doctors, and they were shown to be the victims of almost half of deaths caused by police brutality in a 2016 report conducted by NBC News.

“Now, we have much more support. We have the Americans with Disabilities Act, we have disabled people running for office, we have poets like myself, and more,” he said.

Music is not the only outlet that inspired resistance, Moore Jr. said. Krip-Hop also includes other creators, such as poets and artists. These people combined creation and resistance by producing books, academic classes, art, music and much more.

“Resistance is more than just fighting back; it is also about creating other avenues to express ourselves,” Moore Jr. said.

While we have come a long way, we still have much further to go, he said. Known or unknown, Black disabled people are an important part of our culture.