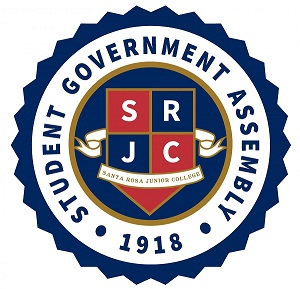 The SRJC SGA met to promote upcoming events over Zoom Monday. During the meeting, Student Body President Delashay Carmona Benson was appointed to aid in the hiring process for the school's new Vice President of Human Resources.

Vice President of Diversity Felix Santiago invited students to the SRJC Queer Resource Center’s Queer Resource Corner, which is hosted in partnership with LGBTQ Connection from 11 a.m.–12 p.m. on Tuesdays over Zoom. Santiago stated this week’s theme will be Palentine’s Day.

Assembly Member of the Black Student Union Joshua Mandela Poinsett announced that BSU will be introducing the new Black therapists hired at SRJC during their 5–7 p.m. Zoom meeting. Feb 9. At their second monthly meeting on Feb. 23, the club will have a Dynasty of Blues event.

Vice President of Student Health Maria Arreguin promoted The P.E.E.R.S Coalition’s Well-Being Wednesday event, which is held 11 a.m.–12 p.m. every second Wednesday of the month via Zoom. According to Arreguin, this Wednesday’s meeting will center around self-love and self-care.

During the appointments section of the meeting, Student Body President Delashay Carmona Benson was chosen to be on the Vice President of Human Resources Hiring Committee, a role described by Director of Student Equity and Persistence Genevieve Bertone as a super important position for building equity and inclusion efforts at SRJC.

In her position, Benson will provide a student voice in the selection and hiring process of the school’s new Vice President of Human Resources and report directly to SRJC President Dr. Frank Chong.

SGA Coordinator Zack Miranda announced that applications for student government candidates will open next week for the 2021-2022 SGA elections. Prospective student leaders will have until March 5 to submit applications. Anyone interested in applying is encouraged to fill out this form to start receiving election information.