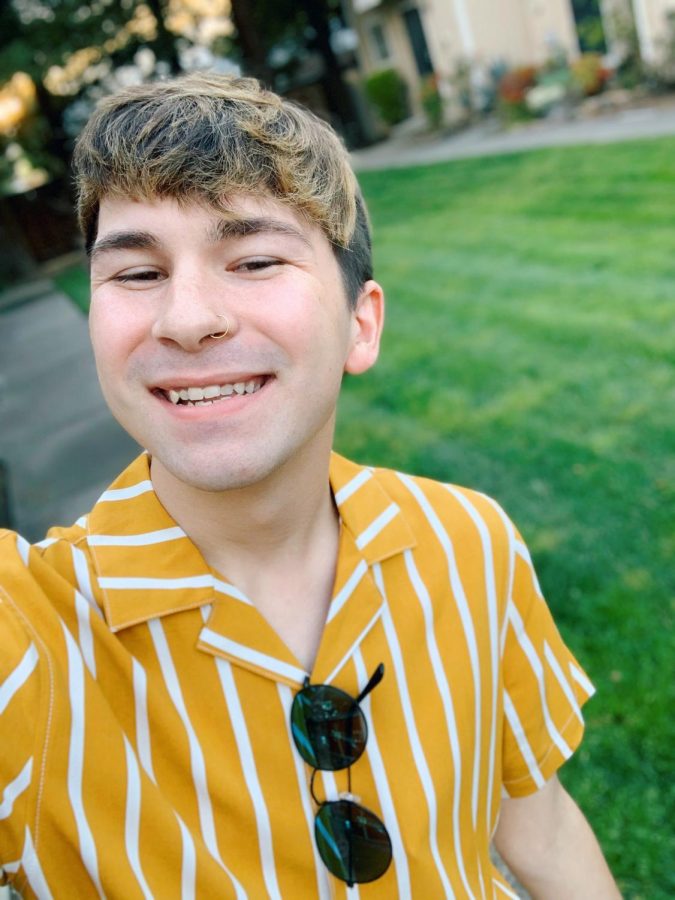 Dakota McGranahan, current vice president of student life, was elected as the next student body president with 418 out of the 646 total votes cast.

SRJC students voted online through their student portal last week. In prior years, students could vote in-person at kiosks set up on campus, but the coronavirus-related closures made that impossible. Turnout was lower than last year, which McGranahan attributed to the online-only format.

McGranahan beat his opponent, Delashay Carmona Benson, with 418 out of the 646 total votes cast.

The win means the world to McGranahan.

“All my life, I’ve wanted to make a positive change in people’s lives and help others,” McGranahan said. “To know that the students believe in me to improve their lives and this campus is an honor and privilege I promise to live up to.”

He didn’t think he would win.

“I was so scared my ideas weren’t good enough, or that I hadn’t accomplished enough as vice president of student life or that I hadn’t done enough for students to believe in me,” he said. “To be elected now, I have a newfound sense of confidence and a rekindled desire to achieve the impossible for the students of SRJC.”

For Repp, winning is great.

“When I was in high school, we had no one to make our voice heard, and I didn’t like that,” Repp said. “For me to win gives me the chance of making our students’ voices heard.”

Repp hopes to accomplish many things while in office. “I want to be a voice for students when they are nervous to say it in front of councils,” he said. “I also want people to come and talk to me so I can help them with any trouble they are having. Last thing is to hopefully get some better and cheaper food trucks on campus.”

Hammock was excited to win the role of overseeing clubs. “I want to make a difference, so with becoming the VP of Clubs in Petaluma it feels great because it is my main campus. We all have a voice that deserves to be heard and I hope to be that for our campus,” she said.

She hopes to plan fun events such as dances and club days.

“My main goal is to help by being a voice for the SRJC community and doing what I can to help make the semester a fun and safe environment for everyone. That to me is my main goal,” Hammock said. “I want to help make more of the SRJC resources known like our awesome Food Pantry, free Farmers Market out in the quad as well as all the great clubs that are on campus.”

“I saw what it was like to be in a leadership position,” she said. This made me want to run for VP of Clubs in Petaluma because I saw all the work that goes into planning events and being a leader on campus. I wanted to be a part of that.”.

The new slate of officers takes over their new positions on June 1.