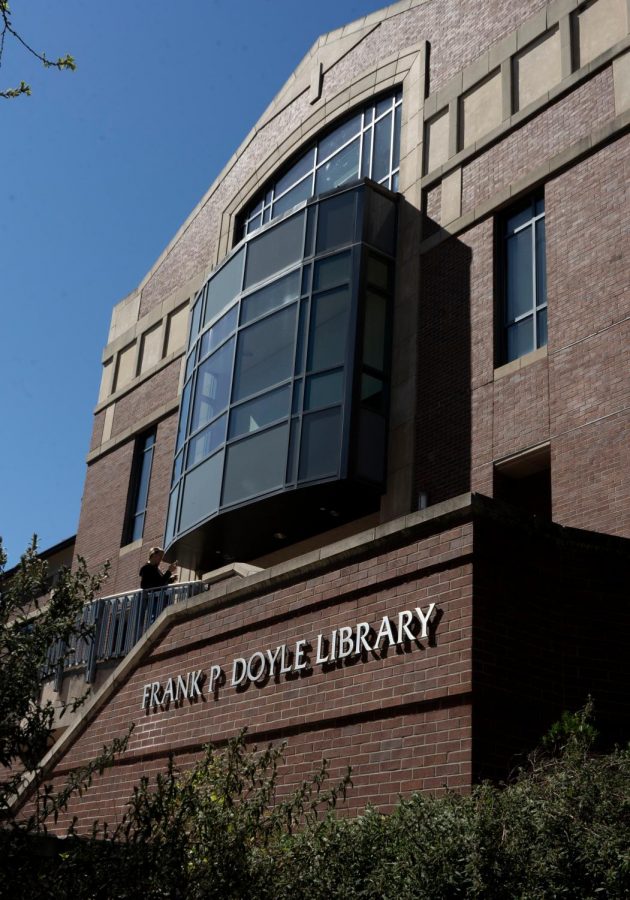 This is a developing story. Please check back for updates.

Santa Rosa Junior College announced the continued suspension of classes through March 29 including the cancellation of music department performances, after which some instructors have decided to conduct their classes online for the remainder of the Spring 2020 semester.

Dolph Rehkop, American Sign Language instructor in the JC’s World Languages department, emailed his students to announce he will teach in an online-only format after March 29. He also said he thinks the suspension could last beyond that date.

Dr. Mark Anderman, chair of the music department emailed students to apologize for canceling student performances on short notice, but noted “SRJC’s Performing Arts programs will be meeting after Spring Break to see how we can adapt to the current environment.”

In an effort to help faculty and staff better understand whether and how to leverage technology to teach classes, SRJC officials sent a survey to all students asking about their familiarity with certain platforms. The survey asked whether students are comfortable with Canvas and Zoom video conferencing, and whether they have access to a reliable internet connection at home.

Though staff will be allowed into their campus offices, SRJC President Dr. Frank Chong advised them to retrieve necessary materials as soon as possible.

“This situation is continually progressing and we do not know how easy it will be for employees to get to campus in the coming days,” Chong said.

Although there have been no announcements indicating classes will be held online, SRJC has surveyed students regarding their comfort levels with online classes.

The final weekend performances of SRJC’s theater arts production “The Cripple of Inishmaan” are cancelled.

The program still plans to perform “The Wedding Singer” starting April 17. As of now, the directors are considering ideas on how to proceed with the production due to SRJC’s extended spring break closure and concerns over the spread of Covid-19.

“We are proceeding with ‘The Wedding Singer’ as planned, pending more schedule changes and adjustments on our part. The show must go on,” said Leslie McCauley, SRJC’s theater arts department chair.

The Burbank Auditorium reopened in early March, however  most scheduled music and theater productions have been since canceled.

“We ask that our patrons come to our shows to support our dedicated Theatre students as they persevere to create their art and pursue their educational goals,” McCauley said.

Out of an abundance of caution related to Covid-19 concerns, SRJC is now closed until March 29. This includes classes both online and in person as well as all on campus events.

SRJC officials will use the week after spring break to train its staff in order to prepare for alternate methods of instruction, including remote teaching.

Santa Rosa Junior College students in the Florence, Italy, Study Abroad program have started flying back to California in response to the program’s termination and a country-wide quarantine in Italy.

Out of the 22 SRJC students studying in Italy this semester, 12 have already returned and four will fly home by this weekend, according to Kerry Loewen, arts and humanities dean and SRJC Study Abroad program coordinator. The returning students will be given a three-week break to get settled and then will resume classes which will be continued online. President Trump on Wednesday declared a travel ban from all European countries except the United Kingdom, beginning Friday night.

“Things changed rapidly,” SRJC exchange student Riley Palmer said about the last few days in Florence before flying home on March 11. “We felt like it was time to go home.”

SRJC officials also sent out an email to the students recommending they follow a self-applied quarantine for two weeks upon their return. Palmer said that while she understood the request, it added stress to the whole affair. “I’ll take some precautions, but I’m still trying to live my life,” she said.

Another SRJC Study Abroad student, Jake Eastman, told the Daily Mail that he was not screened at two airports and returned home from Florence with the sniffles. His parents made him self-quarantine in an RV in their Southern California driveway.

Prior to today’s announcement, Chong worked with the administration to keep SRJC open, despite the closure of other Bay Area colleges, but he also discussed his willingness to make decisions based on official health and safety recommendations. In an interview with the Oak Leaf Thursday afternoon, Chong said the decision to close the campus and shutdown events was not mandatory from any governmental health agency, but college officials decided it was best for SRJC.

The men’s basketball season is over, swim and dive teams will not compete Saturday and neither will softball or track and field. Tennis has been postponed, and after today, baseball will not play until after spring break.

Teams aren’t even allowed to practice on campus during the shutdown.

Other colleges with teams that share a conference with SRJC have canceled their seasons, which makes the road ahead a confusing one.

“We wanna make the decision that’s best for our students,” said Matt Markovich, athletic director and dean of kinesiology, athletics and dance. “The most important thing is that we make consistent decisions.”

Markovich and his colleagues will have conference calls tonight and tomorrow to develop a long-term plan.

Faculty and staff will be allowed on campus after the 5 p.m. closure, according to SRJC District Police Chief Robert Brownlee.

Brownlee also said no signage will be posted around campus. “Our PR team is focusing on getting the message out through text message, email and social media. We will be having our officers patrol campus to find and educate students after 5 p.m. of the campus closure, and we will then ask the student to leave the campus,” Brownlee said.

Brownlee also said parking lots will not be blocked off as they were during the Kincade fire.

Cancelations include all theater arts and music performance as well as the temporarily closing the Robert Burdo Culinary Arts Cafe. Students may continue to access SRJC resources remotely by calling or emailing the desired department.

The email says that SRJC is taking precautionary measures to prevent COVID-19 from spreading to students and community. The district will continue to plan on what comes next during spring break on March 16 through the 22.

SRJC posted the announcement on social media at 11:22 a.m., followed by text messages and emails directly to students and staff at noon.