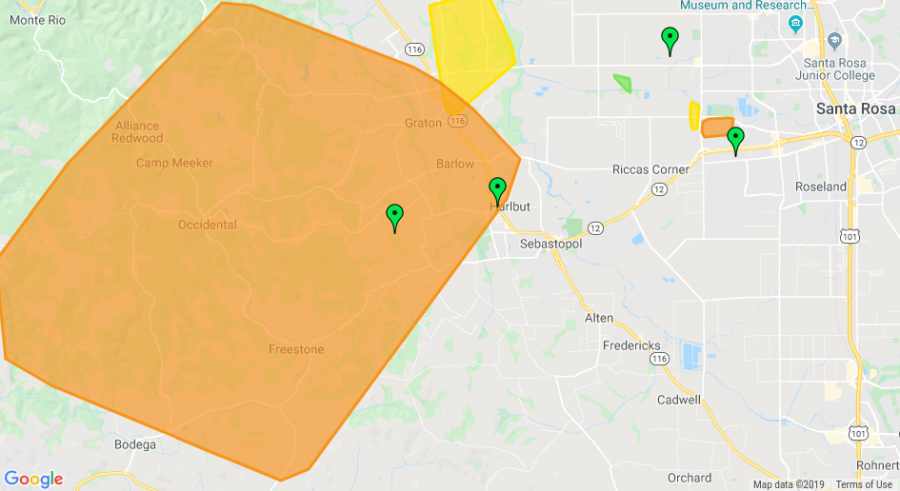 SRJC Southwest Center will be closed from 3:30-10 p.m. today due to an underground vault rupture that occurred 2:26 p.m. Tuesday in Southwest Santa Rosa.

Santa Rosa Junior College Southwest Center was closed 3:30 p.m. Tuesday until the end of the day due to an underground vault rupture in southwest Santa Rosa, according to campus authorities.

All classes and activities at the Southwest Center, including online classes, are cancelled. All other SRJC campuses remain open.

The rupture occurred at 2:26 p.m., according to PG&E’s website. PG&E crews were dispatched to the area near Fulton and Highway 12, Highway 12 and Occidental Road, and West Third and Fulton Road. Several traffic lights were out due to the rupture, according to KTVU.

The cause of the rupture remains unknown at this time.

Thousands of PG&E customers have lost power due to the rupture, as far as Bodega Bay and Doran Regional Park, according to PG&E’s website.

“The incident in question is not in the general area of the Southwest Center, but it’s affecting power to much of the western area of Santa Rosa,” said SRJC Police Chief Robert Brownlee.

The rain is forecasted to end 3 a.m. Tuesday.