Power out for most of SRJC’s Santa Rosa campus 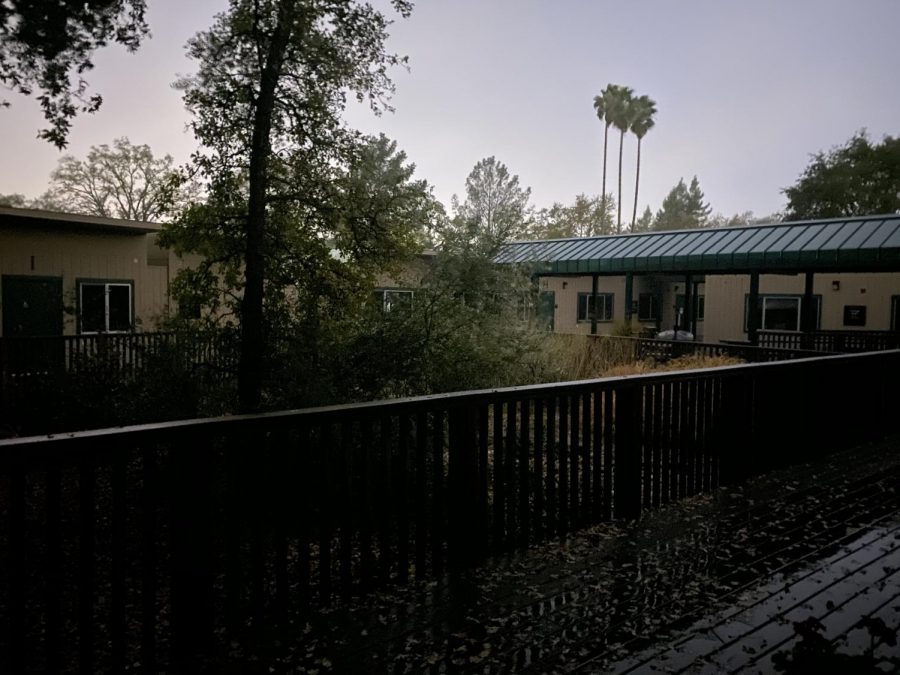 Santa Rosa Junior College’s Santa Rosa campus and Southwest Center are closed for the remainder of Tuesday, Nov. 26, after the power went out due to a heavy rainstorm blanketing Santa Rosa.

The power went out with a sudden flash at approximately 4:56 p.m. Tuesday on the Santa Rosa campus, two hours after the Southwest Center lost power.

Solar panels on the roof of the Santa Rosa campus’ parking structure are no longer lit. A quick tour of campus shows almost all buildings dark, with the exception of Kunde Hall, the tennis courts and the Child Development Center.

Heavy rains started around 2 p.m., prompting a flash flood watch for areas affected by the Kincade fire, which led to today’s closure of SRJC’s Southwest Center.

Fire engines and police sirens could be heard within minutes of the outage.

This story is developing. Continue to follow The Oak Leaf for updates.