SRJC campus somber as fire rages in nearby Geyserville 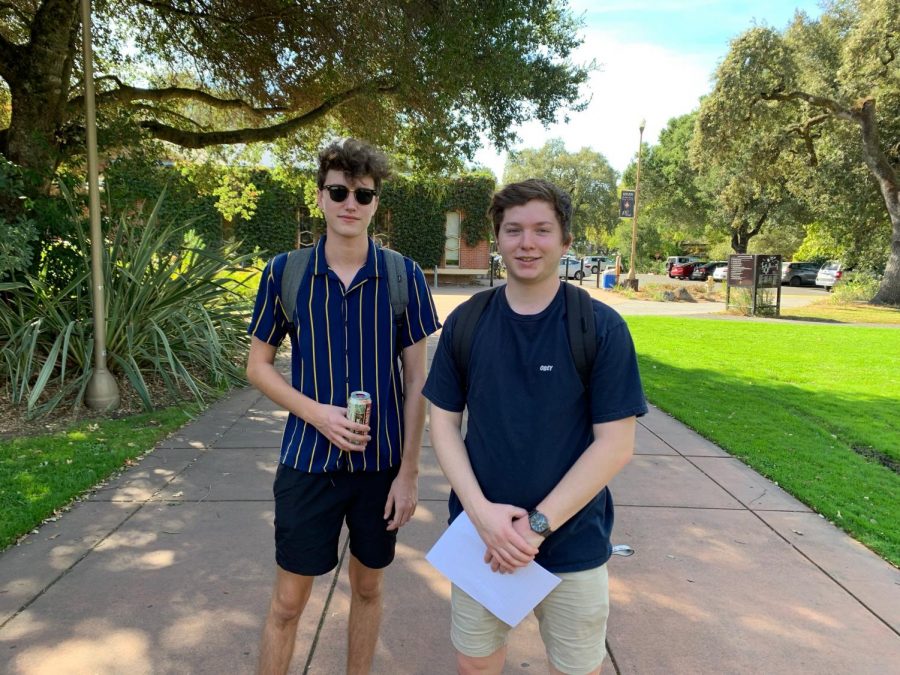 SRJC students and friends Chris Morris, 19, and Duncan MacGregor, 19, connect on campus for the first time since the Kincade fire started. Morris's home and phone were without power, so they were grateful to meet on campus.

As the Kincade fire rages in Geyserville, Santa Rosa Junior College students fear for their community yet again.

“You can feel the vibe switch instantly,” said Joseph Astobiza. “Everyone goes right into flashback mode, even though the fire isn’t even in [Santa] Rosa.”

SRJC’s campus is quieter than normal. Palpable anxiety has replaced the usual hustle and bustle.

“It’s unreal,” said Duncan MacGregor, 19. “It seems like it’s a new town in the area every single year.”

Though smaller fires burned Thursday in Santa Rosa at Spring Lake and in Fountaingrove,  focus is on Geyserville.

“I feel awful,” said Astobiza. “All the communities around us were here for us last time, now it’s time to return the favor.”

In preparation for high heat and wind, Pacific Gas & Electric shut off power in east Santa Rosa Wednesday, Oct. 24. Students have had mixed reactions to that decision.

“I lost power around 3 p.m. yesterday,” said Chris Morris, 19. “My phone died by the evening, and it’s been tough to keep up with what’s going on. It just feels like this power outage is an obstacle.”

Contrary to Morris’s point, Astobiza saw the outages as a cue to prepare for the worst.

“It’s obviously a warning. I got my backpack ready to go,” he said. “You never know.”

It’s a surreal scene throughout the county, highlighted on the JC campus by a strong feeling of disbelief.

Tati Lemus, an 18-year-old first-year student, said, “It really sucks that this keeps happening every year. I’m going to go home and pack some things because you never know, the wind could change direction today.”