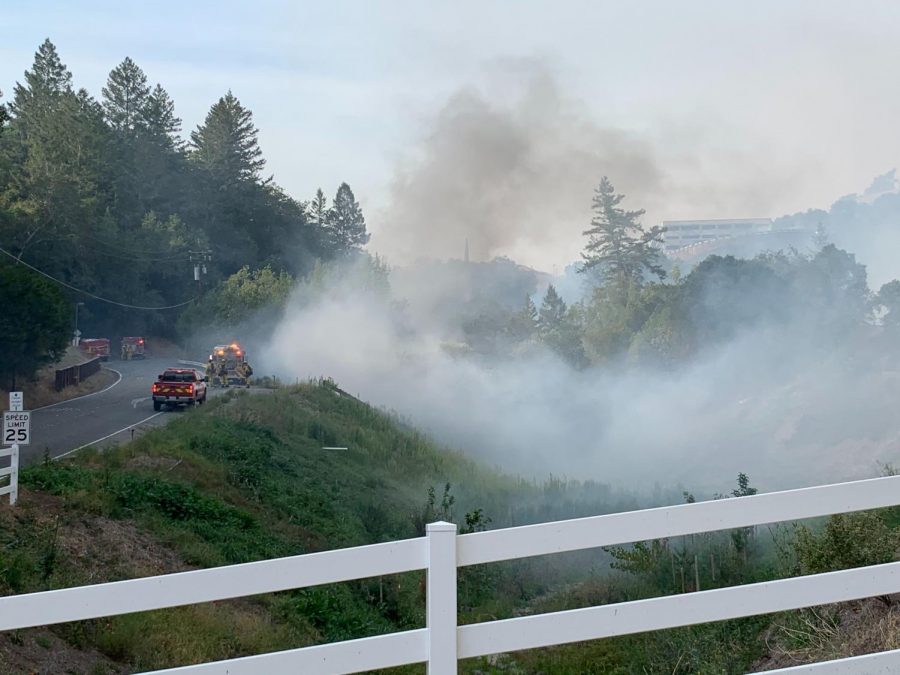 Smoke and steam rise from fire at the entrance to River Rock Casino after fire helicopters dropped gallons of water.

Firecrews struggled Thursday afternoon to contain the blazes that stretched along Alexander Valley Road all the way through Dry Creek Rancheria, including a possible hazardous materials fire outside River Rock Casino.

The hazmat fire refused to be extinguished despite the best efforts of firefighters and California Department of Fire and Forestry Protection helicopters.

“We have no idea what’s burning down there. It could be hazardous materials. It doesn’t seem to be going out,” he said.

Six fire engines and firefighters from multiple state-wide departments were on site, and Department of Natural Resources prison crews were on standby.

Crews hacked away at trees and brush down steep and treacherous slopes to fight the spread of the blaze.

The sky was filled with thick black smoke and a chemical smell permeated the air.

As firefighters fought the main blaze, another fireline was rushing down the other side of the road and new fire outbreaks were impossible to completely contain.

For more coverage of the Kincade Fire, click here.