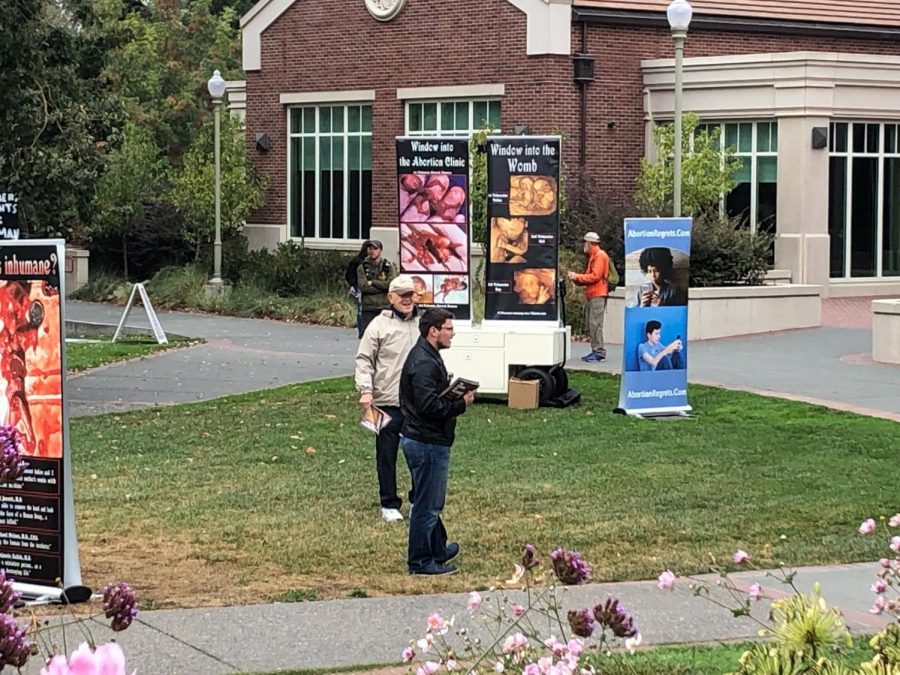 Project Truth causes much stir at SRJC in two short days. With these events, violence is always a concern.

Ethan Hunt, 19 is a Santa Rosa resident and SRJC student.

According to District Police Chief Robert Brownlee, Hunt was conversing with one of the Project Truth members when he suddenly reacted violently.

“He gave the member a front kick to the leg out of nowhere,” Brownlee said. “Something must have triggered him.”

Officers witnessed the attack and arrested Hunt. He was cited for misdemeanor battery and released that day.

“As I approached Chief Brownlee to say, ‘hi,’ I heard a woman reading a man his miranda rights. Shortly after it was confirmed it was someone from the [SGA-sponsored] ‘Free Speech’ event,” he said.

Members of Project Truth declined to give their last names and ages for fear of reprisal.

One of the leaders, John, was not at all surprised that someone lashed out.

He said the group often deals with similar violent incidents.

John and other members of Project Truth remained positive about the overall SRJC community’s reaction to their presence on campus despite the encounter.

“We can say it was a good response,” he said. “Even though a guy tried to kick [a member of Project Truth] in the groin.”

John said he normally tries not to judge a campus by the actions of a few people.

McGranahan said he hopes next time students ignore them or choose to counter their message with love.

“I’m just disappointed we’re letting people get under our skin so much that we resort to violence,” he said.

“The exchange of ideas is good, but when you kick someone, that’s not so good,” he said.