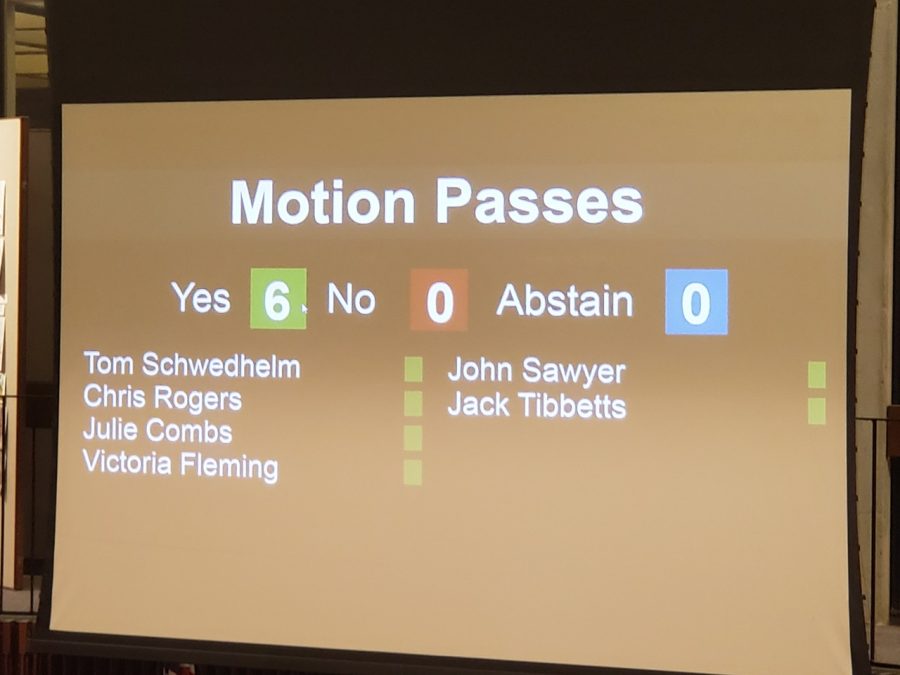 The Fight for $15 wins a major victory in Santa Rosa on Oct. 1, 2019. Now Santa Rosa joins Petaluma and Sonoma in approving the wage increases.

The Santa Rosa City Council unanimously approved a $15 minimum wage that will go into effect for major employers July 1, 2020 within the jurisdiction of the city on Oct. 1 after Santa Rosa Junior College students and Sonoma County residents showed their support for the policy.

SRJC student Luis Tirado, president of the Bernie Sanders Club, spoke in favor of the wage increase. Sanders’ support of the policy attracted Tirado to his presidential campaign several years ago.

Tirado journeyed with his mother from Mexico to the United States at age 3.

“I got to see firsthand how much she had to struggle to put food on the table,” he said.

Daniel Pablo, the student trustee on the SRJC Board of Trustees, presented the council with another student perspective. He considers $12 an hour insufficient and spent the last year fighting for this wage increase.

“I know a lot of students and a lot of friends who first-handedly go through homelessness,” he said.

Pablo also thanked Councilman Jack Tibbets for informing the SRJC Student Government Assembly about the issue. Tibbets, a proponent for the new policy and executive director of the St. Vincent de Paul Society of Sonoma County, voiced his concern for the people living “penny to penny.”

“Nobody should have to go through that,” he said.

Despite some of the councilmembers’ misgivings about the effects of the new policy on local businesses, the entire council eventually arrived at the same conclusion.

Councilman John Sawyer, a prominent voice of business interests on the council, felt the wage increase was the right thing to do, even though the new proposal might hurt local restaurants and other businesses that rely on minimum-wage labor.

“I can’t imagine what it would be like to be a teenager or someone in their early 20s trying to make a go of it in Santa Rosa, given how expensive it is to live here,” he said.

According to Bennett, skyrocketing rents and stagnant wages squeeze SRJC students, most of whom work in the Santa Rosa area. He hopes the decision allows students to worry less about finances and focus more on studies.