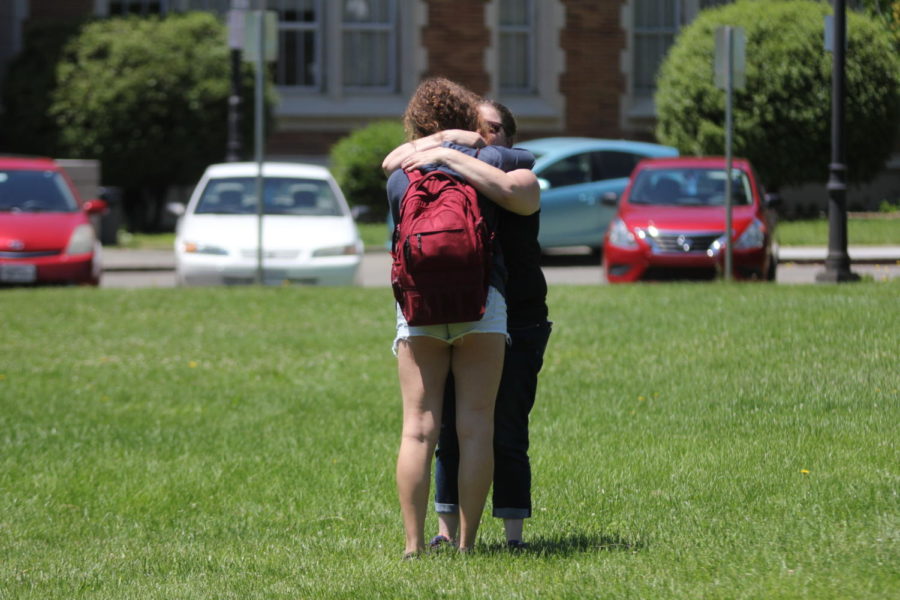 A reunited mother and daughter embrace each other in front of Santa Rosa High School.

Santa Rosa High School and Santa Rosa Junior College students were placed on lockdown around 10 a.m. Friday after reports that a student was on the high school campus with a gun.

SRPD Lt. Ryan Corcoran said there have been no shots fired and no injuries at the school.

Parents waited across the street while a police helicopter surveyed the area.

Marit Woolverton, 18, was evacuated from graduation practice on the field to the southern gym. Wolverton said two students knew the suspect and reported it to the assistant principal.

Woolverton also said the student brought a weapon on campus, but authorities were unsure of where the suspect was or if the threat of a weapon was true.

“At first our principal bolted towards the school. Ten minutes later we were told we had an emergency and that we needed to walk to the south gym. When we walked back we saw police with guns,” Woolverton said.

Authorities announced around 1:30 p.m. that the lockdown had been lifted following the suspect’s arrest. Parents were then instructed to meet their students in the Emeritus parking at Santa Rosa Junior College

This is a developing story. Check back for updates.