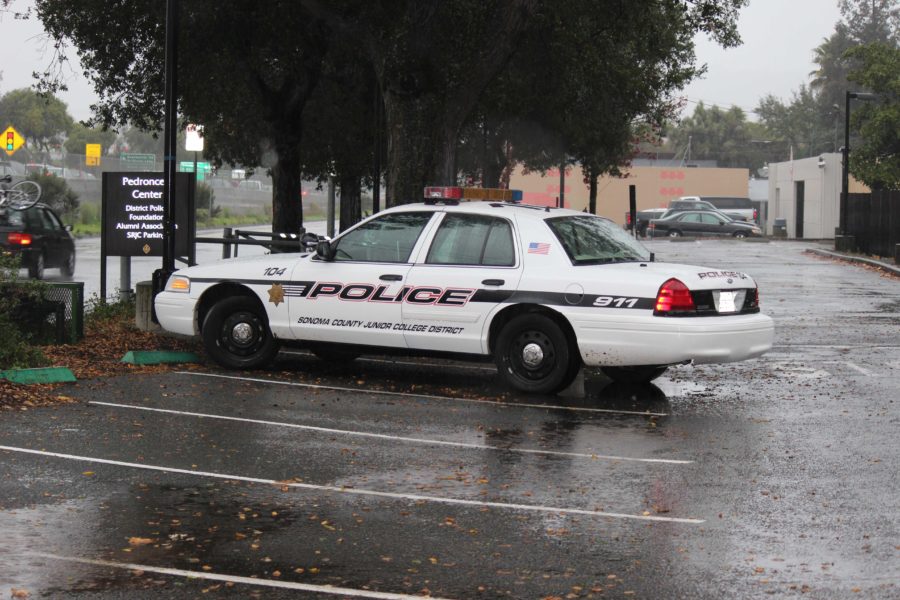 Santa Rosa police arrived at 8:45 p.m. Monday at the Southwest Campus at 950 South Wright Road to respond to a reported robbery.

The victims of the incident were SRJC students, a male and female. The female victim told police that they were approached by an unknown man after they had gotten out of class. She said the male grabbed her purse and demanded that she give it to him.

The suspect struck her several times, wrestled her purse from her and fled the scene.

During the altercation, another unknown male attacked the male victim, punched him and fled the scene with the other suspect.

Both suspects fled together in a dark SUV parked nearby.

The victims described one suspect as a Hispanic adult male dressed in all black clothing with a black beanie, approximately 5-foot-8 and 200 pounds.

The second suspect was described as a male with a beard with a black or grey hoodie with the hood pulled over his head.

There is no further description of the vehicle or the suspects at this time.

“It’s highly unlikely, if we look historically, that [the suspects will] return to the exact area,” said SRJC District Police Chief Robert Brownlee. “That being said, we can expect increased security.”

Brownlee is unaware of any new evidence on the identity of the suspects or whether they are SRJC students.

This is the first robbery reported at an SRJC campus since a student claimed she was robbed at gunpoint in Fall 2018.

Brownlee advises anyone concerned about their future safety on campus to consult the District Police’s recommendations. If you find yourself in a dangerous or potentially criminal situation on campus, do not hesitate to call the District Police dispatch at (707) 527-1000.

“If you see something, say something,” Brownlee said.