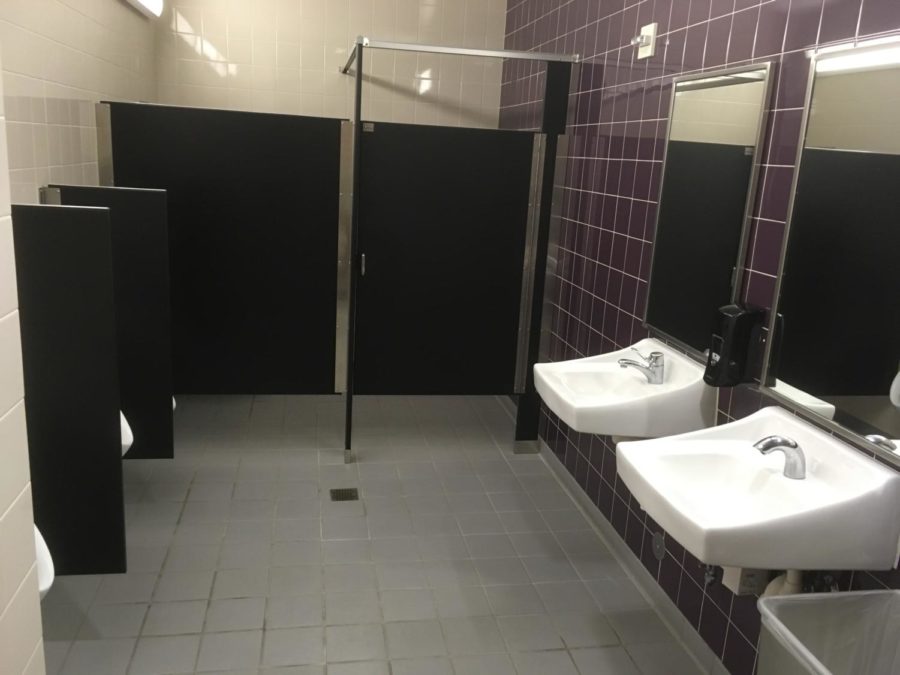 This is the second floor Men's bathroom where the alleged incident is believed to have taken place. Police closed it off Tuesday during their investigation. No further information is available at this time.

Petaluma police arrested a 19-year-old Santa Rosa Junior College student on felony charges of rape, sodomy and sexual battery in Petaluma as he was enroute to SRJC this morning.

An SRJC student reported Tuesday that she had been sexually assaulted in the Mahoney Library on the Petaluma Campus the day before. Given the seriousness of the crimes, the Petaluma Police Department began to investigate.

With the assistance of the SRJC District Police, Detective Walt Spillers of Petaluma PD investigated the reported sexual assault. Through his investigation, and the information provided him, Spillers identified SRJC student Brandon Cortes as the suspect and had probable cause to arrest him.

Spillers, along with Detective Paul Gilman, arrested Cortes at 10:30 a.m. Thursday without incident. They interviewed and later booked him into Sonoma County Jail on felony charges of rape, sodomy and sexual battery. His bail has been set at $126,000.

“Petaluma Campus is still a very safe campus. We worked very effectively with SRJC District Police, and I’m just glad we wrapped this up as quick as we did,” Gilman, who could not give anymore information on the ongoing investigation, said.

In an email to the campus community, SRJC President Dr. Frank Chong wrote,

“A report of this nature shakes our campus community to the core.”

He invited students to take a stand in solidarity against sexual violence in all forms by joining together at 5 p.m. March 27 in the Bertolini Student Center quad for the “Take Back the Night” event sponsored by the Student Government Assembly’s Student Life Committee.

At the Petaluma campus reactions were mixed.

Mahoney Library Director Molly Matheson, said that no one had filed and incident report that day and  no one from the library was aware anything had happened until police showed up to investigate Tuesday. She was informed there was an active police investigation. Police closed off the men’s bathroom on the second floor.

“It’s concerning to me that something like this would happen and we would not know until after,” she said. “But now I understand that it’s an appropriate kind of response given the kind of investigation this is.”

Students on campus proved mostly unaware of the incident.

SRJC students Jacqueline Brevik and Jordan Harp both were concerned they were not informed of the event.

“I didn’t get any [alert]. I get everything else. I got the shooter thing last night,” Harp said.

Dr. John Stover, a sociology professor and well known member of the Petaluma campus community, was still processing his emotions.

“I found out about the incident the same time that everyone else did when the email went out,” he said. “I’m in shock. I’m upset. And I’m very concerned about the emotional reactions of our students to this thing. We are taking active steps to support our students.”

Amanda Morrison, director of the Our House community center on the Petaluma Campus, knew Cortes and was concerned about the impact the arrest would have on his family and the LatinX community.

”There’s a lot of students here who have a deep distrust of the system because they’ve been treated poorly by it,” Morrison  said. “What comes up for LatinX first-generation students is: what about his family? These are close-knit families, big families sometimes. Stigma will hit the entire family. It’s just sad. It’s just sad.”

She also offered sympathy for the victim, even though they don’t know her identity. “It’s a big deal. It’s horrible. It’s gonna have a big impact.”