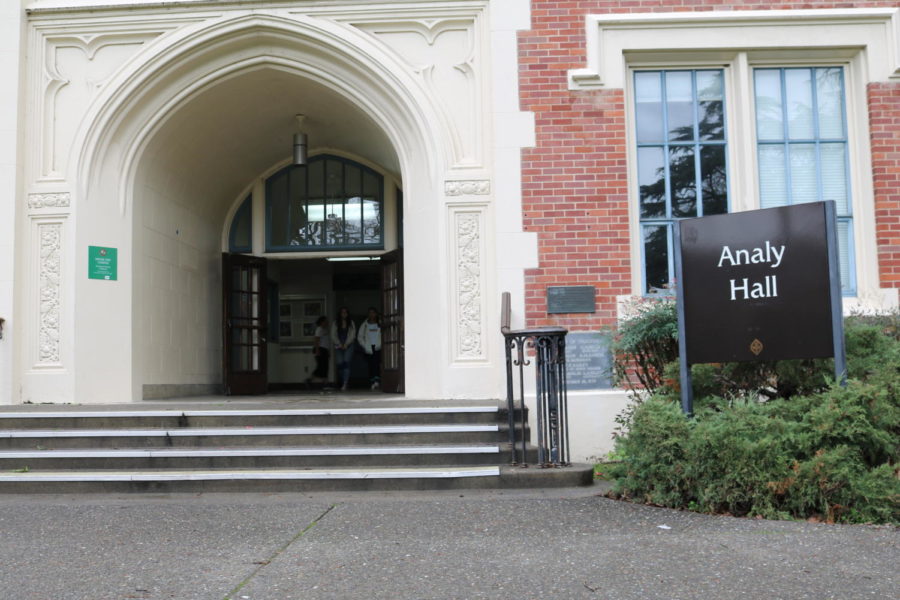 After a campus lockdown and the evacuation of Analy Hall, SRJC District Police questioned the student, who admitted making a false report.

During questioning, District Police also conducted a mental health assessment and determined the student “posed a risk of harm to others.” She was placed on a 72-hour mental health hold; police did not release the student’s name due to the hold’s “medical nature.”

SRJC District Police are pursuing criminal charges, and the student may be investigated for student conduct violations.

Robin Dearing, administrative assistant in the art department, was in Analy Hall when she heard about the gunman.

“I was at my desk. I got a phone call from Hannah Skoonberg, our printmaking instructor upstairs,” Dearing said. Skoonberg told her, “Shut your door. There’s somebody with a gun in the building.”

Police knocked on Dearing’s door shortly after. “They’d checked the whole downstairs,” she said. “They’re like, ‘Get out of here. Run away.’”

Dearing ran to nearby Bailey Hall where she overheard a student at the accounting window describe “a man getting out of a car with a gun and going into Analy Hall.”

Fiona Lanham was taking a photography class when her classmate mistook a rifle-toting officer for the gunman.

“Someone in our class saw a cop outside, but all she said was ‘there’s a guy with a gun’ because she just saw the black jacket and a f*cking rifle,” Lanham said. “It was, like, f*cking traumatic for our class.”

“I was extremely alert and trying to figure out the best thing for my students,” Layton said. “This door doesn’t lock from inside, and everything was happening all at the same time, but the lab assistant came through to lock the door to secure [it], and then two seconds later we were told to leave the room.”

Layton said after police officers instructed her class to leave, “We went over to Doyle and then we waited until we got the all clear.”

District Police issued an “all clear alert” for the Santa Rosa campus at 2:42 p.m.

This story is developing. Please check back for more information.