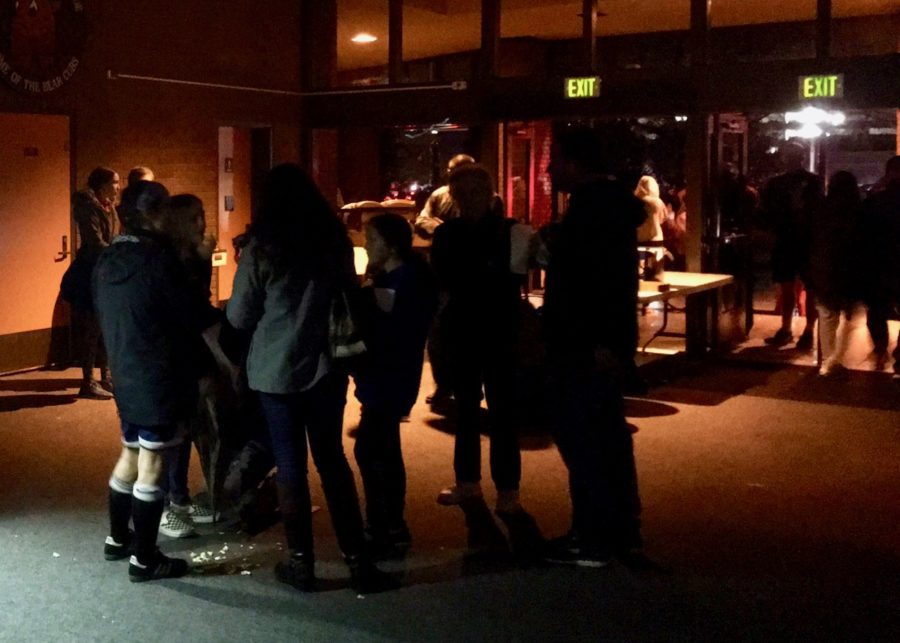 Students congregated in Haehl Pavilion during the blackout.

“We saw the field light up and thought it was lightning,” Adams said. “The power went out with the first flash. The second flash finished the job.”

The Harlem Globetrotters were performing their Fan Powered World Tour in Haehl Pavilion when the power cut out. Students and community members were lined up for the event when authorities called it off.

Kirstie Anderson, 41, was parking when the coordinators of the event told her it was cancelled; the event was rescheduled for 7 p.m. Feb. 20.

“My husband and I walked up [to Haehl Pavilion] anyways just to see if the power would come back on, but people were just leaving,” Anderson said.