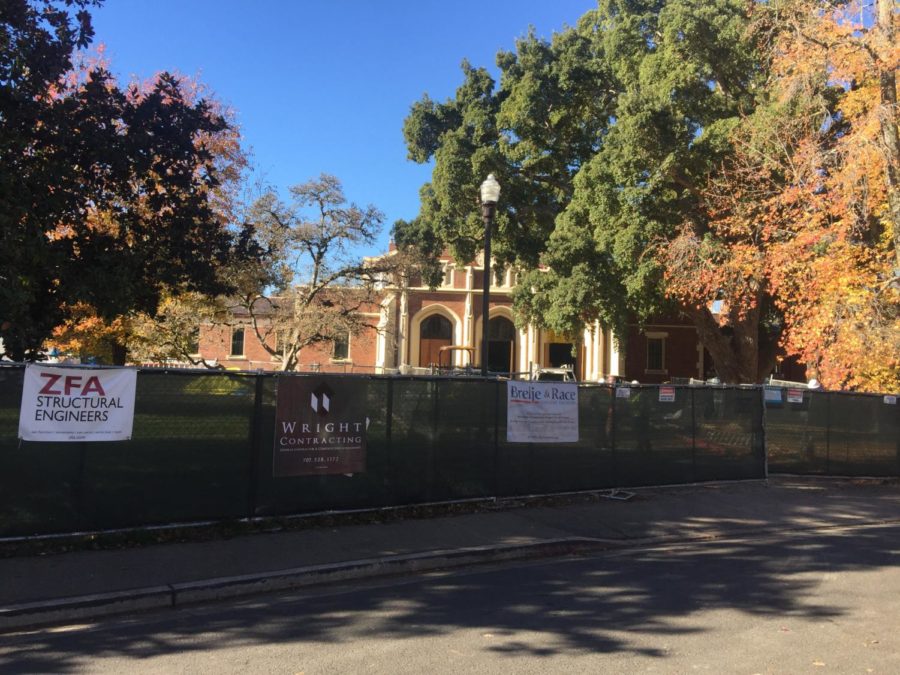 Not if Frank Cuneo can help it. It all comes down to decent-paying jobs. He has a blueprint for obtaining them, and he’s on a mission to spread the word about it.

As a young man, Cuneo attended Santa Rosa Junior College while working full time. Eventually he obtained his associate’s degree, entered an apprenticeship in the trades, and became a successful journeyperson. The entire process took 10 years.

Many years and job titles later, Cuneo now directs a program – the North Bay Trades Introduction Program (TIP) – with the potential to significantly shorten the career “discovery period” and trajectory of a new generation of young professionals while netting them a middle-class income in today’s top- and bottom-heavy “hourglass” economy.

North Bay TIP is a 10-week, 120-hour cohort program that is funded by trade unions and readies candidates for an apprenticeship in one of 14 construction trades such as plumbing, roofing or sheet metal working.

Known as an Apprenticeship Readiness Program (ARP), the point of TIP is to “aim at a career, not just a job,” Cuneo said. “Basically, it’s a program that prepares (people) for an apprenticeship rather than an entry level job only.”

“The first 40 hours are a boot camp, where students have to be on time,” said Sheet Metal Local 104 business representative Keith Dias, who recently spoke to the SRJC academic senate and student government assembly about the program. “They learn mostly soft skills: OSHA 10 safety, trade-related math, what the expectations are for apprentices in trades. Then they attend night school two evenings a week.”

The program is 100 percent free, and “may just be the union trades’ best kept secret,” Dias said. “It targets disadvantaged folks, to give them a lift.”

During the program, students apply to three trades, and if they are accepted into one, their apprenticeship begins. They then embark on a five-year learning path in which they work for pay under the guidance of a journeyperson while they take classes in their chosen trade. Every six months they step up, until they themselves become journeypeople.

Louis Barragon, 24, of Santa Rosa, contacted TIP after a friend read about it and alerted him. He graduated from the TIP cohort in Vallejo in October 2017.

“I had no idea it was going to get me into the union so fast,” Barragon said. “The (TIP) class counted for points. The sheet metal union recognized my TIP program certificate on top of the entry test.”

When Dias invited Barragon to apprentice with Sheet Metal Workers Local 104 within a month of taking the entry test, Barragon was shocked. He agreed and became indentured in May 2018.

“I’ve been working full-time since May 15,” Barragon said. “It’s been a great experience. I work for three or four months, then take a full-time, two-week course, then go back to work.”

That cycle will continue for the whole five years until he becomes a journeyperson.

What is the overall success rate of the North Bay TIP programs?

“Fifty percent of the students graduate into apprenticeship programs,“ Dias said. “The program is a huge success, a 9-out-of-10. On occasion students become apprentices before even finishing the program.”

North Bay TIP is held in a different county each year. College of Marin hosted a recent cohort. The current one is at Napa Valley College.

The next TIP cohort is slated to begin at SRJC in Spring 2019. Graduates will go on to work on the Santa Rosa campus, rebuilding Burbank Auditorium or working on other Measure H construction projects. Per the Project Stabilization Agreement made between the college, the unions and the contractors, 20 percent of the campus construction workforce will be filled by apprentices of programs, such as TIP, approved by the State of California.

The fact that Burbank Auditorium was built by the New Deal’s Works Project Administration (WPA) during the 1930s is not lost on Marty Bennett, former SRJC history instructor.

“This kind of program could lead to re-inventing the WPA,” he said, touting TIP as a “learn-while-you-earn gateway to the middle class,” where in Sonoma County a journeyman electrician makes about $100,000 a year.

In Bennett’s estimation, the program is the right fit for certain types of students and young people.

“Not all students are ready to transfer or even complete an AA.” For some, money is the issue, while others are simply more suited for the trades.

The program is made possible by the participation of several significant partners, including the North Bay Building and Construction Trades Council, the North Bay Apprenticeships Coordinators Association (NBACA), education agencies and Workforce Development Boards.

“Partners each perform different roles to make the program a success,” Cuneo said.

“TIP is closely tied to need. Training is as realistic as possible, teamwork is emphasized. We’re aiming at a career, not just a job.”