Artificial Intelligence: the future is just around the corner 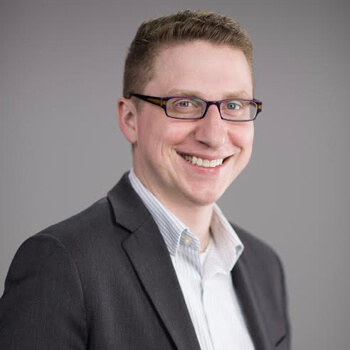 Artificial intelligence is no longer a sci-fi movie trope—it’s here and it’s at the forefront of the fourth industrial revolution. Businesses are wising up, hiring smart and investing in artificial intelligence, a Salesforce director told Santa Rosa Junior College students and World Affairs Council of Sonoma County (WACSC) members Oct. 25.

Jonathan Miranda is the director of strategy in the Salesforce’s technology division. That’s just his job title, though. He is a futurist who studies where technology trends are headed.

“Our team is aimed at the next two, three, five years,” he said. The WACSC invited Miranda to speak about trends in artificial intelligence and share his expertise and predictions for the future.

Technology is changing rapidly and the World Economic Forum calls this change the Fourth Industrial Revolution. “Artificial intelligence is at the core of that,” Miranda said.

Every previous wave of technology is pushing the next further and faster, and machine learning is further pushing artificial intelligence.

“Machine learning is taking a whole lot of data and then asking a simple question,” he said.

Miranda says this is essentially showing a machine 5,000 pictures of a cat and then showing it one more picture and asking if its a cat or not.

“I had one of the most futuristic experiences in healthcare than most people I know,” he said. A year ago he had brain surgery at Kaiser Permanente. Doctors used AI to determine Miranda had a one-millimeter tumor on his hearing and balance nerve.

Miranda visited the Zion Medical Center in San Diego, Calif., where nurses wear lapel microphones and cameras that record interactions with patients so the hospital can determine how to better train nurses.

The lapel mic also allowed for Miranda to consent with his voice. “They had an artificial intelligence Stryker bed that would mold and move me a little bit throughout the night. It would learn how I slept, it would put me in the right position so I would have a good time in the ICU,” he said.

The surgery took 12 hours to complete with two neurosurgeons and micro-assisted AI surgery tools. “This is a process where I would have been in the hospital for months. I was back out of surgery flying home back to the Sacramento airport in three days, and I was back in the office in four weeks,” he said.

Healthcare companies like Bainbridge Health are using AI to save thousands of lives a month. “There’s a lot of death that happens in hospitals around the world because a nurse gives a drug to someone who shouldn’t have gotten it,” Miranda said. Bainbridge uses AI to create a system to monitor prescription distribution and to catch potentially deadly mistakes.

Netflix uses artificial intelligence in a way that affects all of its subscribers. The company can use about 300,000 different pictures when personalizing your streaming feed so it uses AI to configure the pictures in a way that attracts the customer best. Netflix has a task force whose sole purpose is to figure out how to get viewers to pick a program to watch in 60 seconds or less.

Miranda encourages students who want to pursue a career in artificial intelligence to investigate the Futureforce program that Salesforce offers. The program recruits students nationwide from local schools like SRJC to Ivy League colleges like Harvard University.