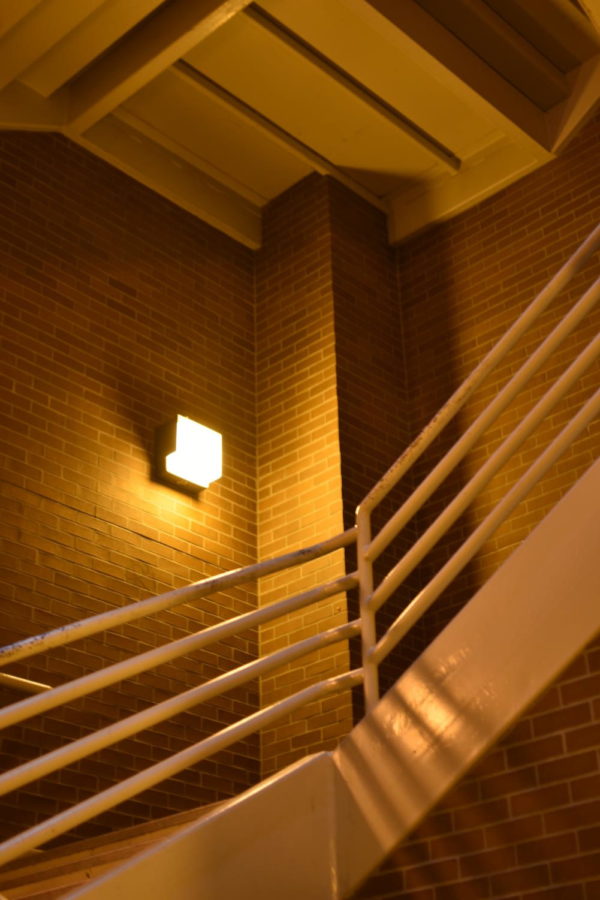 Through a Santa Rosa Junior College student reports she was sexually assaulted in this Maggini Hall stairwell on Oct. 27, police did not release a Nixle alert of the incident until two weeks later.

The first Friday back on campus from the North Bay fires a female student reported she was sexually assaulted in a vacant Santa Rosa Junior College campus stairwell, an incident which authorities failed to report through Nixle and the campus alert system for two weeks. The student reported the Maggini Hall assault to police around 9 a.m. on Oct. 27.

“When she reached the second floor landing, an unknown suspect came from behind her, grabbed her around the waist and groped her groin area outside her clothing,” According to an SRJC District Police Department statement on the incident.

The victim screamed and pulled herself away from the suspect, who let go and ran down the staircase towards the first floor of Maggini Hall. Police reported no one else was present at the time and no one witnessed the assault.

The suspect remains at large and is reported to be a Latino male approximately 25 years old, 5-foot 7-inches in height, with a medium-to-thick body size, wearing a washed-out blue hooded sweatshirt and a baseball cap.

“During this case, the incident/report was written and the investigation began immediately.” Duenas said.

“Because of the wildfires, many of us were present on campus and managing a multitude of tasks during this time in the end,” he said. “During the initial report, there was a reporting error and this incident did not come to the attention of management until Nov. 8.”

Duenas is investigating why the incident was not sent out immediately to alert students and staff on campus.

“I think they should have let people know because that’s a potential danger to other women or anybody,” SRJC student Meea McMath, 19, said. “It makes me feel unsafe.”

The SRJC District Police Department emphasized the need for caution and vigilance when walking alone on campus. Although this incident occurred in broad daylight, it is especially important to exercise caution at night.

Students and staff who feel unsafe and want a police escort while on campus are encouraged to call 707-527-1000.