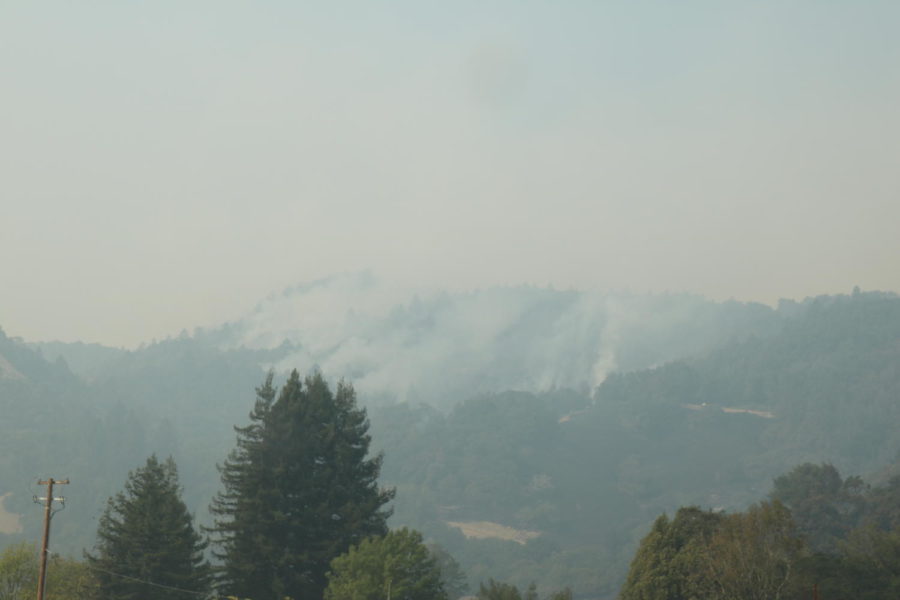 Peaks ablaze in Annadell as they come over the ridge into Bennett Valley near Sonoma Mountain Rd.

The SRPD ordered mandatory evacuation of most of the countryside along Bennett Valley Rd., although they later expanded the evacuation zone to include Annadel Heights and the area around the Bennett Valley Golf Course.

Firefighters said the Bennett Valley neighborhood in not under a mandatory evacuation notice at this time.

Residents of Bennett Valley seemed to escape the danger last night when fires failed to come over the peaks of Annadel, but rising winds and worsening conditions have put the neighborhood at high risk.

The Nuns fire is spreading in multiple areas of Annadel State Park, rapidly approaching Oakmont near Highway 12 East and on the other side near Bennet Valley Rd

With zero-percent containment, the authorities are unable to predict exactly where the fire will go next.

“If the weather stays as it is right now, we’re good. If the wind picks up, we’re screwed,” said Art Gleck, 56, Cal-Fire firefighter. “We don’t even have containment. It’s jumping around so fast it’s not even funny.”

Traffic jams have slowed to a near-stop in Bennett Valley as residents attempt to evacuate the area due to the encroaching Nuns fire.