The Oak Leaf • May 14, 2016 • https://www.theoakleafnews.com/news/2016/05/14/board-trustees-meeting-discusses-concussions-enrollment-student-completion/

Board of trustees meeting discusses concussions, enrollment and student completion 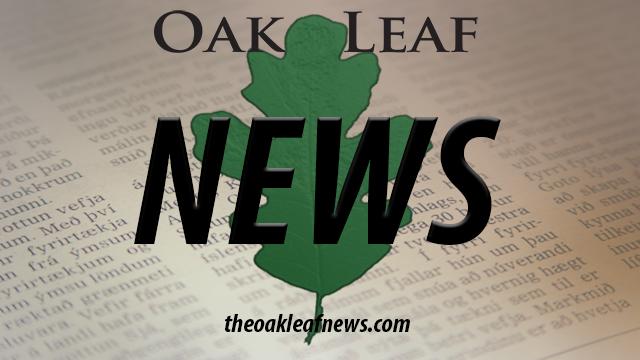 Athlete concussion management, declining enrollment and student completion rates were among the topics of discussion in the May 10 board of trustees meeting in the Bertolini Student Activities Center.

“Concussions are serious and we need to mitigate the risks so our student athletes leave our college stronger for having participated in their sport,” Chinn said.

Chinn’s research found up to 36 percent of community college student athletes don’t report a concussion despite having been educated on them.

Her sabbatical research connected six factors to the reasons why students won’t report a concussion: denial, instincts, adrenaline, self-diagnosing, being “in the zone” or a sense of duty to the team.

“Transfer of knowledge, the carry-over of learned information, is facilitated when the learning occurs in the same environment that it needs to be retrieved, not the classroom — and procedural learning, repeated learning by doing, allows a recall of the information in stressful situations,” Chinn said.

Student government president Joshua Pinuala provided an emotional speech during his last board of trustees meeting, thanking the college for providing the opportunity to be a representative in student leadership. He said he was proud of the diverse group of student body leaders in place now.

“We never have, nor will we ever, have a more diverse group from different sexual orientations, adopted, multitude of races and couch surfers,” Pinuala said. “It has been a really great opportunity and I look forward to next year.”

To create an opportunity for more representation of protected classes, SRJC has begun the process of redrawing District 3, 4, 5. Three trustees who oversee nearly 200,000 people as compared to other districts, who have one trustee to 69,000 people, run the current district. Redrawing the district is intended to provide fair and equal district representation.

“This is only the initial process. No finalizations have been made, and will not be made until students and staff have returned in the fall,” Roberts said.

Their initial reports state that due to the economy still recovering from the 2008 financial crisis, many potential students are choosing to work instead of go to school, or increase their workload instead of their school load.

There are more students enrolling overall, but they’re taking fewer units. The strategic report shows the public is unaware of the classes available at SRJC. Other factors contributing to declining enrollment include Sonoma County rent increasing 40 percent over four years, enrollment increases going from $36 to $46 per unit in fall 2012 and flat local high school graduation rates for the past four years.

Rudolph and Navarrette were able to demonstrate how despite these factors attributing to the decline in enrollment, SRJC is still serving diverse community needs, making it a top choice for recent high school graduates and growing its online programs.

Online programs have become more important as it has grown 45 percent in the last four years. This is due to an increased demand by students and faculty willing to teach online.

A scorecard report from K.C. Greaney, Ph.D. and director of institutional research, provided details of SRJC student success compared to state and national averages in education.