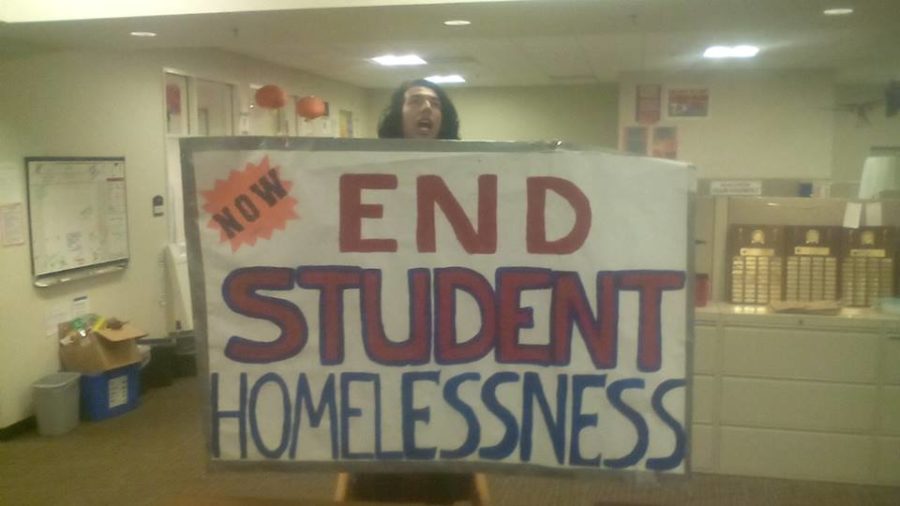 According to a 2013 study, 4 percent of students attending Santa Rosa Junior College reported being homeless, couch surfing or living in a shelter while simultaneously pursuing higher education.

For nearly 800 students, this means they have to balance the rigorous demands of college-level coursework with the added stress of finding a place to lay their heads at night. Each day they question where their next meal will come from, where they will shower next, where they will study and where to complete and print their assignments, all things most traditional students take for granted.

Not only are homeless students disadvantaged in their studies, they’re also subjected to many stigmas forced onto them by the public. They are shamed for their conditions, which are sometimes out of their control.

“Housing has been an ongoing struggle since I emancipated,” said Edward Gathercole, 31, a former foster youth and homeless student on disability.

Gathercole reflected on his decision to return to school in fall 2015. Despite his less than desirable living conditions– camping in parks and using his bicycle to get around – he said he just tried to maintain a positive attitude. Though he had to cut back his course load, he was able to get through the semester.

Gathercole recently secured a place to live and returned to SRJC to study mathematics and graphic design. He’s also working with Enrique Yarce, 20, Student Government Assembly vice president of diversity who is leading the way to end student homelessness.

Yarce is working to create more on-campus resources for students to help alleviate some of their stress. He mentioned creating a safe parking lot for students sleeping in their cars and finding a way to make gym showers available for students who may not be enrolled in physical education courses.

Wanting more than just the resources essential to survival, Yarce and Gathercole both have much to say about building a safe environment for students to seek help without feeling ashamed.

Gathercole described the psychological effects admitting homelessness can have on an individual.

“We want to give people a home away from home while they’re here at school, just to take away from [being] homeless, which is so negative,” he said. “Just the idea that someone can be living on this planet and not have a place to belong. That’s heavy.”

SRJC’s first step in the long journey to end homelessness is the March 8 homeless awareness event. It will feature student and faculty speakers and various service providers from around the county.

“The goal of the homeless awareness event is to break down the stigma associated with being homeless,” Yarce said.

Yarce and Gathercole hope to gain the support and interest of students who would like to help find solutions to homelessness. They also want students who are experiencing hard times to feel like they’re a welcome part of the college community.