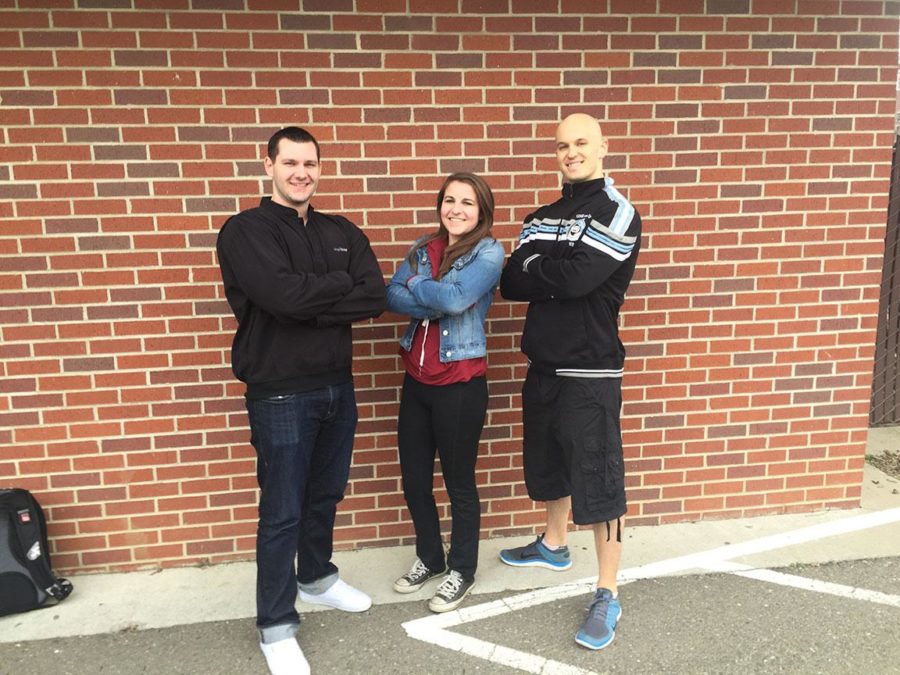 The contest, modeled after the long-standing Silicon Valley Business Journal Create-O-Thon competition, was the first of its kind in the North Bay. It brought both small businesses and advertising students together from three colleges to compete for $25,000 in advertising credit with the NBBJ.

The competition kicked off with a mixer in September where students met with business partners and chose a business to design a campaign for.

Stephens and his team met with Don Hartung, owner of H3 Systems, a local information security agency. Stephens said he felt immediately connected to H3 Systems, which is why he chose to lead the team representing Hartung’s agency during the competition. “We’re going to win this thing,” Stephens promised Hartung upon meeting him and learning what H3 Systems does.

The semester-long project involved several SRJC teams as well as teams from Sonoma State University and Dominican University. The project offered real world experience working for local businesses. The teams had to develop a creative campaign for their “clients” and the winning ad campaign would be used in any way the business chose within the NBBJ outlets.

After each group paired with a business, participants were asked to develop and present an advertising campaign for their clients that would accurately reflect the business’ needs, target market and budget.

With a total of 17 competing groups, the chance to win was slim, however Stephens had no doubt about his team’s ability to win. “I hand-picked my team,” he said. He attributed many hours of hard work and plenty sleepless nights to the overall preparedness that ultimately set their team apart. “We knew everything there was to know about our client,” Stephens said.

Team participant Joe Gray, 26, said he thought the win had more to do with their graphics and well-thought-out design plan. “We had really good images, and the design plan was really cohesive,” he said.

Both are correct, according to Chris Denny, founder and president of The Engine is Red, a local design and marketing firm. Denny said all the judges were very impressed with the presentation overall because it stood out among their competitors.

Denny thought the team understood their client and represented them in a compelling and creative way. “Overall it was smart work that was relevant to their client’s customer and from a creative perspective it was really well executed,” he said.

Participating team members all agreed there were many moving pieces, and time management and constant communication were key to their success, as well as relentless preparation for the presentation.

“We didn’t think that we had won at all, but a few weeks later Gage reached out to me and told to check my email because we had won,” said advertising student Sarah Clark, 21.

The team’s victory will have a lasting impact on all of the students because for most of them, it was the first time working directly with a real business. However for Hartung this win means he’ll get $25,000 towards advertisements in the NBBJ.

Hartung said he was very excited to have been a part of this whole project. The $25,000 prize will help him get a bit more exposure and he enjoyed being able to offer real work experience for the youth who participated. “I’m glad that I won, but more than that I’m really glad that the students won. This was about them. That was the real prize.”

Stephens wanted nothing more than to win this competition and make good on his promise to Hartung. He put his time and energy into making sure that his team stayed on track, met the deadlines and performed well. He enjoyed the project so much that he changed his major to business advertising. Stephens said he was very proud of all of the work that he and his team put in.