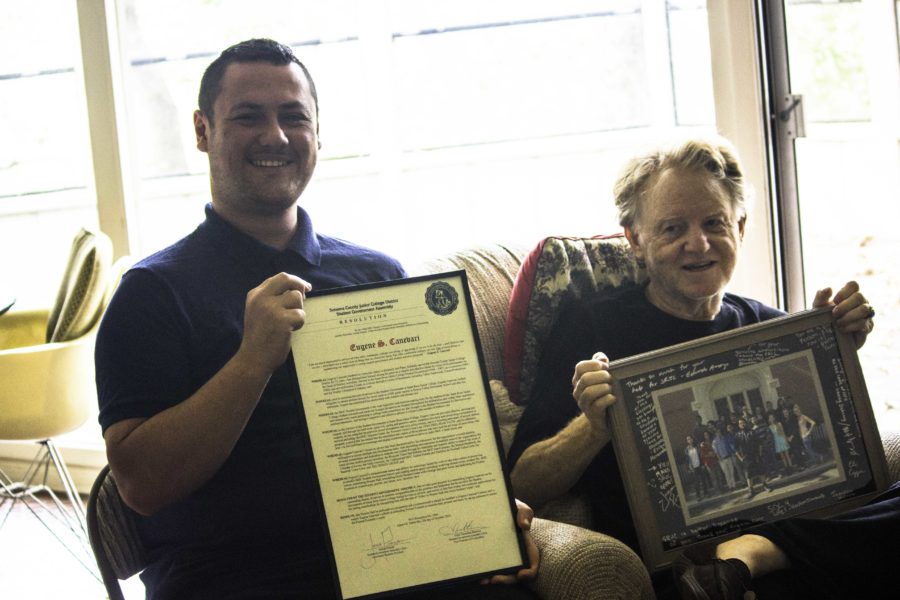 Eugene Canevari was a selfless administrator who put his students first. Prior to his recent death, the Student Government Assembly passed a resolution honoring Canevari and his work at Santa Rosa Junior College.

The resolution promises to repair the rundown fountain outside Pioneer Hall. Canevari dedicated the fountain to students past, present and future, and the SGA honors his dedication by repairing the fountain in his name.

There’s not a set date to repair the fountain, but Adrienne Leihy, co-founder of the SRJC Historical Society Club and staff member at the curriculum office, hopes SRJC will complete the repairs by its 100-year anniversary in 2018.

Money is the biggest obstacle to the fountain’s repair. It’s undecided whether the college will use the recently passed Measure H bond to pay for it, or use existing funds. In the meantime, there is a fountain restoration donation fund located between the doors in the bookstore. The student government is also interested in donating a “significant amount of money,” according to SGA Chair Josh Pinaula.

The fountain has been a monumental part of the school for decades, dating back to the 1940s. The original SRJC groundskeeper insisted he and his co-workers build the fountain along with classified staff.  The workers labored day and night on their own time to handbuild the fountain.

Along with repairing the pioneer fountain, the SGA is honoring Canevari by naming him the father of Pioneer Hall and Doyle Student Center, which stood where Bertolini Student Center is now.

Canevari was a strong advocate for students with disabilities and also established the women’s crisis hotline. He was at SRJC for about 20 years, always put students first and did anything to help them.

“He was very much involved with student life [and] student government for most of his career,” Leihy said. “It was only after they cut his budget that he took a leave of absence and came back as a counselor for a couple years, then decided it wasn’t for him.”

“As we mark the ending on his life, I feel special to have known such a fine man. I believe you only run in to such people only very few times,” said Greg Champion, a close friend and former student of Canevari’s. “Can’t help but love that man!”