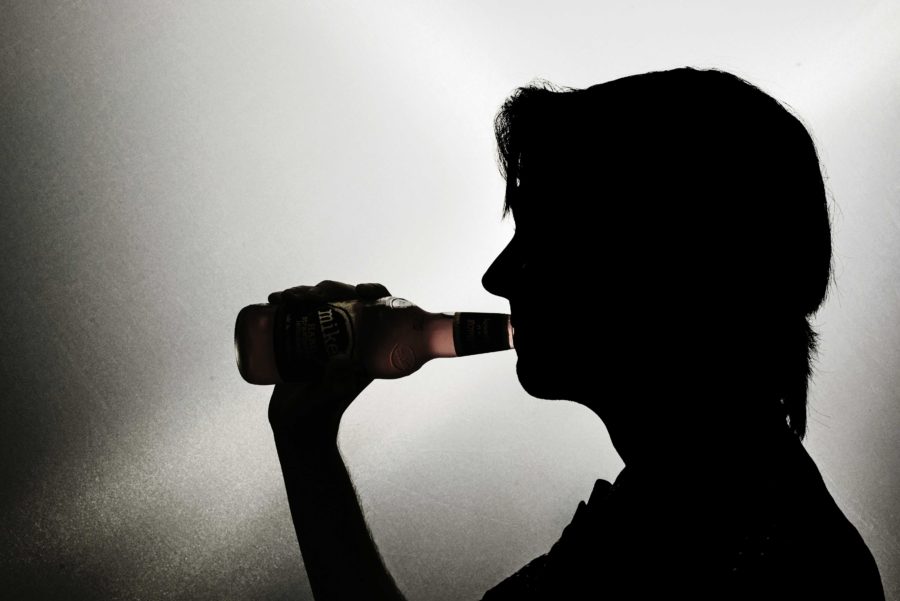 These removals and hearings stem from witness accounts of alcohol use at a Sacramento student government conference in November. Four members of the seven-person SRJC delegation allegedly drank at least two bottles of Sierra Nevada beer and six bottles of Mike’s Hard Lemonade that other conference attendees gave them.

Herrera and Sheber are under 21.

All delegates signed contracts prohibiting alcohol use for the three-day trip with SRJC and the Student Senate of California Community Colleges.

SRJC was liable for the delegation, which student government advisor Zack Miranda said the suspect students were aware of.

The Student Representation Fee, a $1 per semester student enrollment charge, paid for the delegation to attend the conference.

The vote to remove the three SGA members wasn’t on the agenda before the meeting began.

“We couldn’t disappoint them until that motion was rescinded,” Pinaula said about the administrative leave decision.

Pinaula thought the vote to remove the three officers was premature. “Acting as chair [I] stated that I didn’t want to recognize this vote to disappoint people,” he said.

Carbajal’s motion reinstated the suspects’ assembly powers by lifting their administrative leave. This made it possible for two of them to vote on their own removal.

Of the three former representatives, Alvillar voted to dismiss all implicated parties and Herrera and Sheber abstained.

The fourth suspect, SRJC’s Board of Trustees student representative Elijah Egger, is not subject to SGA authority since he’s not an SGA agent. He acts as a liaison between the board and student government. Students elected him in April 2015.

Pinaula said he was not sure if the SGA would freeze their payouts indefinitely, but since the body disappointed its three members, they don’t accrue pay going forward.

Egger is required to attend at least 80 percent of SGA sessions to be eligible for the compensation. He missed more than 60 percent thus far, according to SGA minutes.

The PSFP, which is in its pilot year, is the first student representative compensation system in SRJC history.

In the SGA’s Nov. 23 public hearing, Alvillar and Herrera owned up to the drinking allegations and apologized to their colleagues.

“I accept whatever punishment, no matter how harsh. I accept full blame,” said Alvillar. “I am terribly sorry for shaming the body.”

Sheber initially denied the allegations and said she set down a beer someone handed her and poured another beer over the hotel balcony to imply participation. This conflicted with Alvillar and Herrera’s testimonies, which claimed everyone in the room, drank, including Sheber and Egger.

The Sunday following the hearing, Herrera sent out an email, recipients of which included Oak Leaf correspondents. It challenged Sheber’s original account of the incident and, in Herrera’s view, clarified the narrative discrepancies.

“I watched Tori [Sheber] consume alcohol at least once during the night, her bottle also had some liquid missing by the time she gave it to a different person,” Herrera said. “Tori not only consumed alcohol but she was one of the first to advocate for the consumption of alcohol.”

The misconduct only came to administrative attention because Herrera persistently vomited the day after drinking, though there may be no correlation since Herrera said she ate left out shrimp at 5 a.m. that day.

Miranda, aware of Herrera’s condition, asked Sheber if anyone had alcohol the night before, which she answered yes out of concern for Herrera’s safety, according to Miranda.

Miranda said he relayed what he knew to Dean of Student Affairs Robert Ethington, who filed a report to Wegman. Miranda said he did not inform the SSCCC General Assembly.

Contradicting her earlier account, Sheber said in her email reply that she had sipped beer and had not merely observed. “Sipping when the bottle was handed to me was my only way out of drinking for the rest of the night,” she said. “I tried convincing everyone in the room that I drank by sipping once and handing the beer back. No one saw me drink after that because it did not happen.”

The former assembly member said the situation was difficult because she was a newcomer, the body having only appointed her Sept. 12, and she was contract- bound to not leave her hotel room after 1 a.m.

“My only option was to tell Zack [Miranda] I made a regrettable decision not to because I am trying extremely hard to fit into a group that hardly knows me,” Sheber said. “Being the whistleblower from the beginning would have angered everyone.”

Sheber stressed she doesn’t drink alcohol because of family history and resents Herrera’s accusations that she imbibed more than sips and encouraged others to drink. She later said no one pressured her to drink. She also contended she doesn’t categorize what she did as drinking. “I took a sip from the bottle to get out of drinking, I don’t consider that drinking,” she said.

The SGA deliberated for 40 minutes after hearing statements from the accused, at which time Vice President of Advocacy Hernan Zaragoza motioned a vote to disappoint all three suspects, which passed with either yay votes or abstentions.

Some SGA officials questioned whether due process extended to the members the body removed.

“I understand the body’s feelings for the second round,” Vice President of Student Life Virginia Kerr said, referring to the SGA’s Nov. 30 decision to reverse the Nov. 23 administrative leave decision and then dismiss the suspect members. “I am a little concerned about whether they had due process. If we are not holding true to our constitution then we don’t have a foundation at all,” she said.

Kerr motioned in the Nov. 23 hearing to address the three suspects individually, partly due to their different ranks and Sheber’s denial, but voted for the collective removal Nov. 30. She said Sheber’s narrative contradictions about the incident and the email disputes influenced her decision.

SGA bylaws state the body has to provide its officers with formal email or written notice a minimum of 72 hours in advance of a session where they deliberate officer removal. It also provides for an appeal process. However, this only applies to elected representatives. Assembly members are not entitled to notice or appeal and the SGA can disappoint them with a simple majority vote.

Miranda explained the confidentiality of student conduct hearings could make it difficult for the SGA to learn and respond to Dean Wegman’s decisions.

“There is a concern about the amount of information that the SGA is going to be able to get from this investigation. Patie [Wegman] is obviously very concerned about everyone’s privacy in a matter like this,” Miranda said. He cited this as a reason the SGA abandoned its decision to wait for the administration to act.

Sheber said there’s no official investigation completed and the SGA didn’t afford her and the other two officers the body removed due process. “I am being bullied by a student body that is representing a large body of students,” she said.

“Any money used on the trip should be reimbursed to SGA because they misused the funds, but before that I don’t think it’s fair to take away that pay,” Vice President of Student Health Hannah Cagle said. “Overall I think it was beneficial to the body to remove those officers.”

Cagle thought the affair was a regrettable distraction from the SGA’s greater responsibilities. “We spent two whole meetings on that. That could have been used for the million other projects we’re working on and that’s my main concern,” she said.

Egger was the only suspect who didn’t attend the two SGA hearings. In addition to suspending his pay, the SGA passed a vote of no confidence against him and several members expressed dismay at his absences.

Pinaula said he plans to attend the next board of trustees meeting Dec. 8 to brief the college’s policy making body that Egger sits on of the Sacramento incident and the ensuing SGA decisions. He also said he would recommend Egger’s resignation.

“He’s held to a really high standard because he holds the highest representative seat of any student and he’s just been gone and no one has been hearing from him,” Pinaula said.

“I felt that the intention of the SGA was to publicly humiliate me and I wasn’t interested in participating in public humiliation from a group of individuals that do not respect the rule of law, do not handle public funds responsibly and are surprisingly disloyal individuals,” Egger said in response to why he did not attend the two hearings.

Egger did not admit to violating any conduct rules in Sacramento and did not think the allegations, if substantiated, should warrant PSFP suspension, but said it should end for other reasons.

“I think the money should be suspended because it is being used in an inappropriate way. We are paying illegal aliens with public funds to try and subvert our democratic process. Many of them have very strong anti-American sentiments and they are not there to help the average student, they are there only to help undocumented students and they make it pretty damn clear that that’s what their agenda is all about,” Egger said in reference to SGA officials he declined to name.

Pinaula said he did know the immigration status of SGA members and rejected the premise the body subverts  democratic processes and only serves undocumented students.

The student trustee said he was not sure if he would resign, but said he would definitely attend the Dec. 8 board meeting.

Egger said he and the SGA have experienced ideological friction since he assumed his trustee role, having served on the student legislator last academic year. He believed several administrators and SGA members are trying to marginalize him and mitigate his public presence in relation to SRJC.

“I’ve been left in the dark,” Egger said. “For the most part people have not reached out to me, probably for fear I would bring up other things they don’t want me to talk about. They sort of hope I’ll go away quietly.”

Kerr thought the alleged misconduct undermined the SGA’s progress last year in crafting a more serious image. “The incident in Sacramento reflects really badly on all of us,” she said.