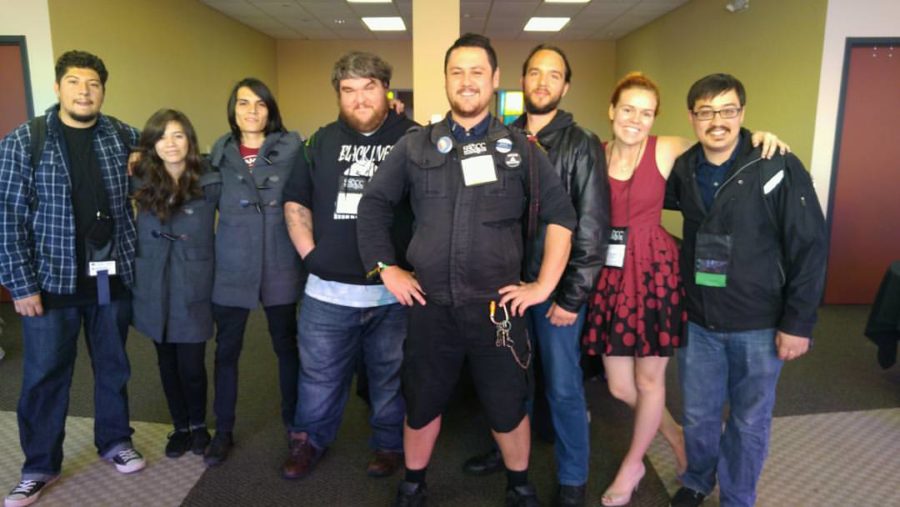 The SGA has placed three of its members on administrative leave and froze their accounts for alcohol-related misconduct on a school-sponsored trip.

Ethington was not at liberty to provide details except that he filed a report to Patie Wegman, dean of student conduct, in accordance with college policy. He has no jurisdiction or involvement in the investigation.

Funds from the Student Representation Fee, a $1 per semester student enrollment charge, contributed to the trip.

Pinaula said he was not a part of the controversy but did lead SRJC’s delegation to the three-day student government conference. “I was not there at the time of the incident,” he said. “It was let out that four students had alcohol during the Student Senate for California Community Colleges General Assembly.”

Seven student officers, including Pinaula, attended the assembly. All signed contracts forbidding the possession and consumption of alcohol on the trip, Pinaula said.

Five of the seven attending students hold elected office; the other two are SGA-appointed assembly members. One SGA advisor accompanied the delegation.

The SGA chair refrained from naming the investigated students and couldn’t confirm if any consumed alcohol or if any were underage.

“We want to be an accountable, transparent, responsible organization,” Pinaula said about the SGA. “We would want to do whatever we can to ensure that justice is done for students in regards to having representatives violate codes of conduct.”

If the investigation indicates any of the students guilty of at least alcohol possession, Pinaula said he would formally ask them to resign and request they refund the college any money it spent to send them to the Sacramento conference.

“Depending on the severity, any of the students who have gotten the public fellowship program stipend have that repaid as well,” Pinaula added in reference to the student government compensation program, which is the first of its kind in SRJC history.

The investigation does not strip SGA officers of their powers and privileges, but depending on its findings, Pinaula said he may take action. “I’m looking into different forms of administrative leave to disallow them to serve as representatives for a period of time but also not necessarily dismissing them,” he said. “I can basically create policy as needed, usually for more extreme circumstances, but later [policy] has to be ratified by the body [SGA].”

The two-term president said he thought the investigative focus varied among the four students. “I don’t believe all in question had equal involvement,” he said.

Elijah Egger, who is the elected student trustee on the college district’s board of trustees and is not an SGA officer was one of the seven student delegates. “I have some knowledge of the incident, not the best idea of what happened, or what allegedly happened,” he said.

Egger declined to specify further but said, “I can say at the minimum there were hundreds of students consuming alcohol and probably illegal substances [at the conference]. I don’t think that the people who went from our school participated in anything nearly close to the rambunctious nature of others acts against the rules.”

The first-time trustee said he didn’t think students were caught with alcohol, but said, “I’m not exactly sure how anyone knows what or what exactly is known or how accurate that information is compared to what actually happened.”

Egger said if student representatives are guilty of alcohol possession alone they should not have to resign, but some authority should bar them from future SRJC or student-funded trips. “If they are adults, or adults over the age of 21, I don’t see it as ethically that big of a problem.” He admitted possession was a betrayal of trust.

According to SGA bylaws, the legislative body can disappoint members with a roll call vote if they provided the accused with a formal notice at least 72 hours before a formal session.

The accused may respond to allegations and plead his or her case for up to 10 minutes, and the body may openly deliberate for 20 minutes before a vote. An ousted officer may appeal to the dean of Student Affairs within two weeks of disappointment. The dean has final authority over the decision, according to the bylaws.

The SGA may dismiss assembly members with a simple majority vote without notice or appeal.

Pinaula said he expects the investigation to stretch into mid-December.