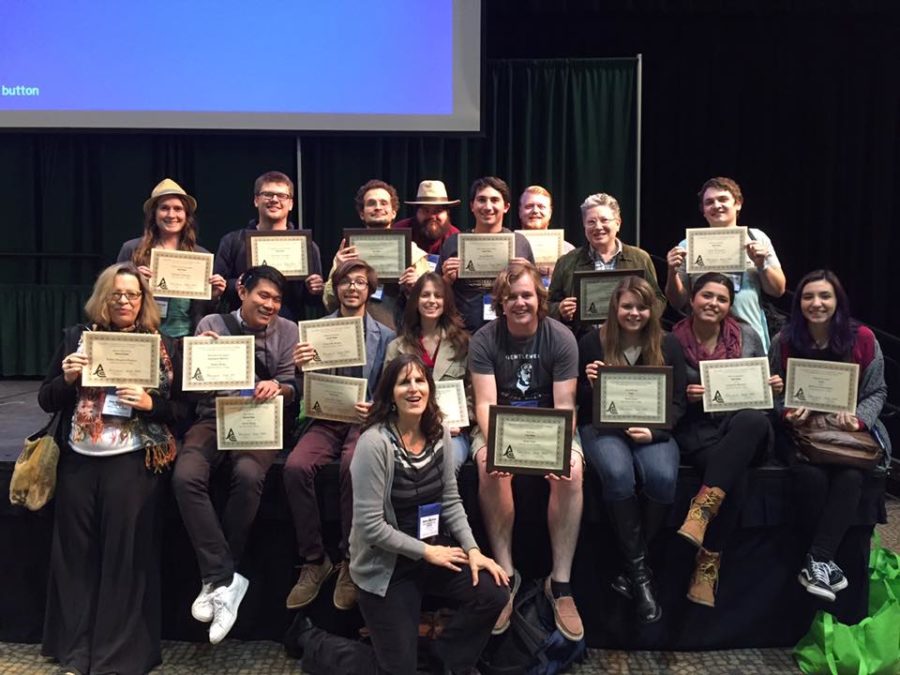 Courtesy of the Oak Leaf

The Oak Leaf staff wins general excellence for their dedication to fine journalism.

JACC has three major annual events; two regional conferences in Northern and Southern California respectively in fall and a joint convention in spring. The association has more than 40 member colleges.

The day-long event featured five deadline competitions, three of which Oak Leafers either placed in or won.

“The news writing competition was tough and I really didn’t expect to win anything. It really taught me that it is possible to write stories right away and that’s what we need to do in this day and age,” Gates said.

“I think it’s easier for photographers and multimedia people to network from the very beginning at these types of events because photographers have this thing where you can just point at somebody’s camera and say ‘dude nice lens’ and you have a conversation,” Kong said.

“I didn’t know the video was entered so I was quite surprised when my name was called,” Ramirez said.

More than a dozen workshops and lectures accompanied the competitions, ranging from broadcast journalism to reporting on tragedy.

“It was great hearing from seasoned journalists what the state of the industry is and why they are still so interested in the news,” said Oak Leaf staff writer Brendan Dorsey.

Multimedia Editor Kyle Schmidt felt some of the workshops at JACC were discouraging. “I learned I should quit journalism because there are no job opportunities,” he said.

Overall, the Oak Leaf staff enjoyed the convention. “Going to JACC is fun and uplifting because you’re surrounded by unique people who share your passion for true journalism,” Martell said.