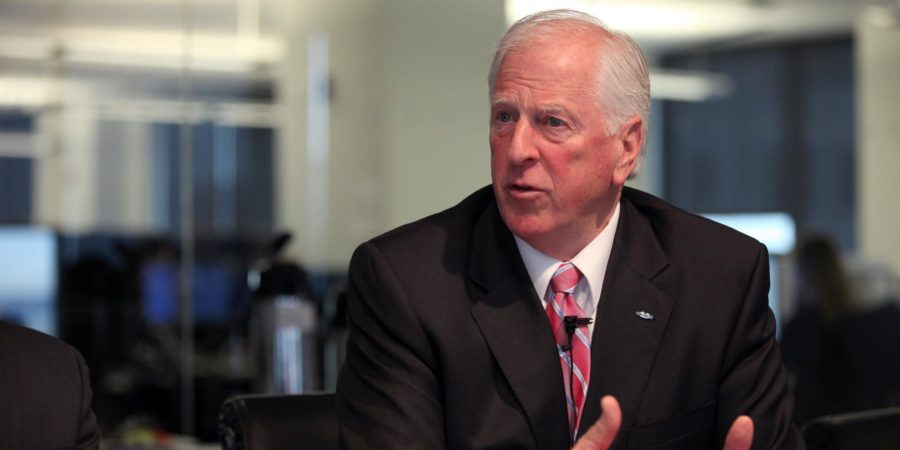 Thompson and King’s bill, HR-1217, would expand mandatory background checks to all commercial guns sales. This ordinance already applies to federally licensed firearm dealers and would force all other commercial distributers to conform, according to Thompson.

“There’s still some holes as far as getting the information from the states into the database. That’s been a problem for various reasons and we want to do whatever we can to improve that,” Thompson said.

The bill originated in the previous congress as an amendment in the Senate and stand-alone bill in the House. HR-1217 never received a floor vote. Thompson and King re-submitted the legislation in March 2015 with no amendments,  according to Thompson.

Thompson said he discussed the bill with Republican Speaker John Boehner last year, and the speaker declined to bring it to a vote. “I don’t know what his personal position is, I just know he knew he couldn’t bring it up with his membership,” the Sonoma County congressman said of the speaker. “Honestly, it’s been frustrating with the Republican party not willing to have a vote on this bill. If we had a vote it would pass.”

Boehner announced his resignation from the House in September and said he would vacate at the end of this month. He may delay his departure due to the postponed GOP election to replace him.

Thompson delivered a floor speech Oct. 8 in support of an HR-1217 vote, berating the GOP majority for hindering common sense firearm legislation and the routine inaction after mass shootings.

“Why do we want to give criminals, domestic abusers and the dangerously mentally-ill a huge loophole through which they can buy guns? It makes no sense,” he said in advocacy of universal commercial background checks.

HR-1217 provides for a National Commission on Mass Violence, a congressionally appointed committee of 12 non-elected experts to study firearms and mental illness’ impact on mass violence.  The commission can order hearings and hear testimony under oath.

Thompson insists his bill complies with the Second Amendment and he supports the Supreme Court’s 2008 Heller decision, which protects lawful gun ownership.

As chairmen of the Gun Violence Prevention Task Force, Thompson said he and his deputies are tirelessly pushing his bill forward. “I’m not pulling any punches, I can tell you that.”

The GOP’s resistance to the bill is its only obstacle, Thompson said. “They are the only thing standing between the first line of defense against violence and its [HR 1217] passage.”

Thompson is confident the bill would pass in the Senate.