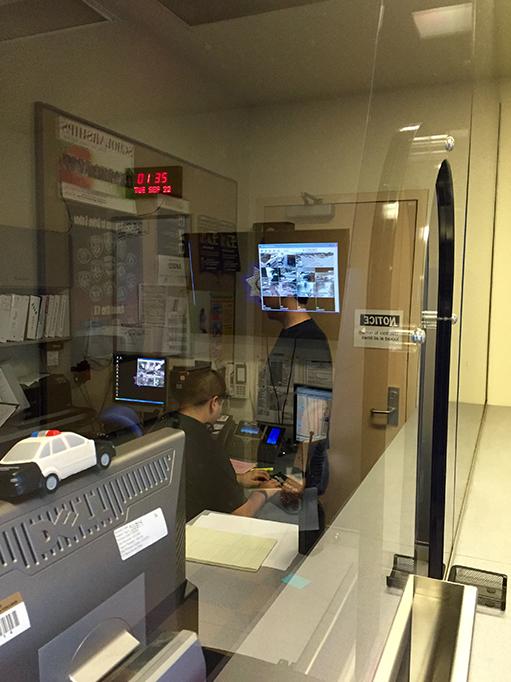 Santa Rosa Junior College has increased security and improved lighting in the Barnett Hall area since the Aug. 20 campus rape.

“We’ve increased patrols around Barnett and increased the number of cadets [patrolling] throughout the evening hours,” said SRJC President Dr. Frank Chong. “SRJC police do the best they can with the resources they have; we are responsible for maintaining health and safety at two campuses; Petaluma as well as Santa Rosa.”

Although they boosted the number of cadets patrolling, interim SRJC Police Chief Robert Brownlee said “they are a little short staffed” in regards to cadets. District Police currently have 10 cadets in total. Usually there are two to four cadets patrolling campus until midnight.

Chong said SRJC’s open, 100-acre park-like campus can present challenges, and there is always the ability for outside influences to come onto campus. He emphasized that SRJC is still a safe campus.

“I’d be interested in better quality cameras. I’m not sure how up-to-date our current cameras are, but I think we should be at a point where the college should be able to know how a sexual predator got on the campus, what they look like and where they leave the campus,” said Student Government Assembly President Josh Pinuala.

The college has improved lighting around Barnett Hall since the incident.

“It can be scary around 10 p.m. when the campus is more deserted, but since the maintenance department worked on the lighting outside Barnett, it’s a lot better there when it’s dark,” said Peggy Floren, who teaches a class in Barnett as the same time the incident occurred.

“I walk over to our ESL office in Barnett and that feels creepy if no police officers are around. I have alerted the women students not to go to the bathroom alone,” said Ellen Leich of the ESL Department, located in Barnett Hall.

Students are also permitted to park next to Barnett Hall after 5 p.m. until the end of September, allowing them to avoid the long and sometimes dark walk back to other parking lots on campus.

“After that, it will be darker sooner and I am going to assume that world will still not be safe for women, so I plan to ask for that permission to be extended,” Leich said.

“I do feel safe walking around there at night. And I think there should maybe be a few more lights,” said SRJC student Jacob Sampietro.

The SRJC Department of Environmental Health and Safety also looks at lighting from a safety perspective.

There is a series of Evening Safety Strolls scheduled in October for SRJC community members to walk the campuses to identify lighting and other safety issues.

Brownlee recommends students be aware of their surroundings and not wear headphones.