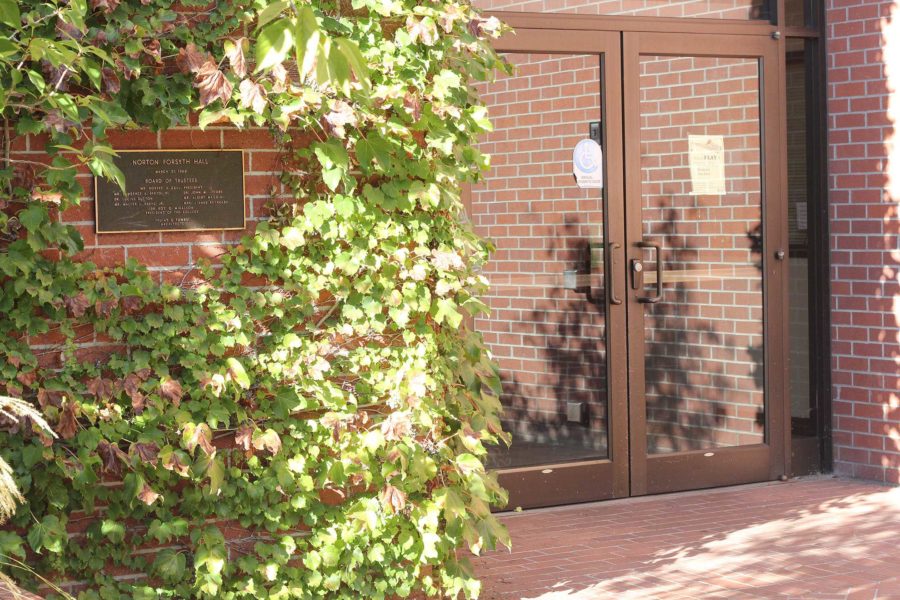 Forsyth Hall, where instructors wait on a list to teach in the one mediated room.

Santa Rosa Junior College instructors grapple with inequality in their non-mediated classrooms as they wait for Measure H money to bring basic technology into their lectures.

Mark Anderman, music department chair, is waiting for the college to mediate his Forsyth Hall classrooms. Only one classroom has Internet access and a projector to use for lectures, and the waiting list of instructors wanting to use that room is always long, he said. Additional classrooms were approved for mediation, but construction has only begun on one.

For years, Anderman conducted his classes without technology. “I tell people I’ve been teaching the same class for 15 years with no media,” Anderman said. “I can get up to 60 students with no projector, no computer, no Internet. All I have is a stereo and a piano.”

Forsyth Hall instructors’ offices do have Internet, however the Wi-Fi connection is weak, Anderman said.

Forsyth is not the only building known to be in critical condition. Burbank, Shuhaw and Baker are said to be in worse condition than Forsyth. Whether it be technological or structural issues, he said, Forsyth Hall does not have it the worst.

Departments that need new technology, like mediated rooms, must go through the Program and Resources Planning Process (PRPP), said Russ Bowden, SRJC’s media services manager. PRPP is the college’s planning process. “One section of the PRPP document is where the instructional equipment needs are expressed and prioritized,” Bowden said.

The higher up on the list an equipment need is, the more likely it is to get funded. As of this year, $15 million worth of equipment is needed, Bowden said.

In 2000, voters passed Measure A. Using this money, SRJC was able to get 40 to 50 classrooms remodeled with mediation.

Fifteen years have passed and the price to mediate rooms has increased. This year, SRJC spent approximately $35,000 per room for four mediated classrooms.

Once rooms are mediated, the price to revamp and modernize them is estimated at around $10,000. This updating process consists of replacing projectors and computers every five to seven years.

According to Bowden, six more lecture rooms require renovation. These rooms should be completed by summer 2016.

“We have new bond funding (Measure H) that will allow this to be completed within a year of the sale of the first round of bonds,” Bowden said.

Measure H has not yet been sold, and the bond won’t sell until new projects are ready to go.

Anderman said he is optimistic the bond money will provide the funds to get things done. “It’s just very slow,” he said.