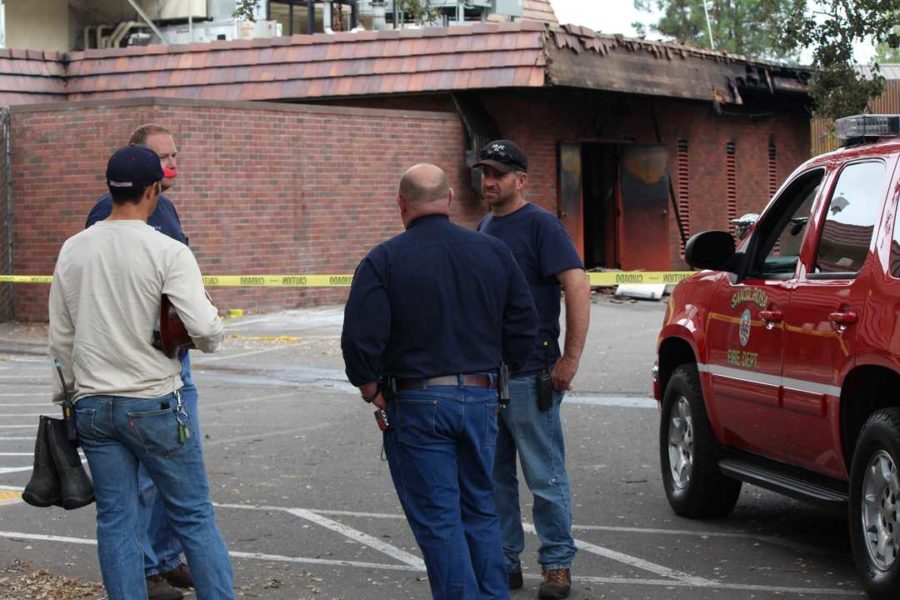 Officials assess the damage to the building. A preliminary estimate cites damage as at least $500,000.

A fire destroyed the majority of a building attached to Quinn Swim Center early Monday morning on the Santa Rosa Campus, according to a Santa Rosa Fire Department official.
The fire triggered an alarm at 2:13 a.m., respondents arrived within six minutes. The building housed a cogeneration system, which provided electricity to the heating and cooling systems of the swim center, according to SRFD Battalion Chief Mark Basque.
Firefighters contained the blaze to the small, one-level building, preventing it from spreading to the locker room and pool area of the swim center. The fire, which was controlled within 30 minutes, caused at least $500,000 worth of damage. They reported no casualties.
“We’re not sure at this point what caused it, and we’re hoping to get Quinn Center opened again within the next few days,”said Tony Ichsan, director of facilities.
“The fire wasn’t deliberately started,” said Doug Kuula, manager of environmental health and safety.