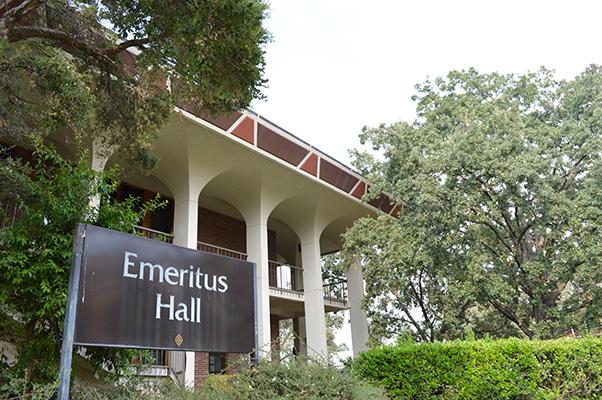 Portions of funds provided by Measure H are being designated to aid in restoration of Emeritus Hall at SRJC.

Santa Rosa Junior College will soon receive $410 million. Thanks to voters, Measure H passed in November of last year. Now, these funds will go directly to improving the campus.

Leigh Sata of San Francisco was appointed as director of capital projects at SRJC to help oversee implementation of the measure. His first day in office was Aug. 31.

“Dr. Chong calls it the 2030 plan, which is 15 years out,” Sata said. “Whether it takes that long to execute is open to question. We’re just starting the planning work now. It’s a multi-year program for sure.”

According to SRJC’s Measure H project list, plans for the bond money include “increasing capacity to address overcrowding and improving access to affordable, local higher education,” and “improvements to prepare students to succeed in the 21st century.” The list is broken up into four different categories, including projects such as health and safety improvements, maintenance and repairs, modernization and new construction.

One example of the projects listed includes renovating the Emeritus building – an estimated $25 million.

“These are sort of early estimates,” Sata said. “This is all actually going to change or be modified, but these are the projects that were brought forth early. This is the way of kind of giving a sense of what was needed on campus.”

Sata said SRJC will bring in a facilities master planner to continue work on project planning, which began prior to the bond.

Overall, transparency is the answer, and Sata also noted the importance of making the project planning an inclusive process where everyone involved can express opinions about the projects from the facilities master plan.

“Dr. Chong is committed and I’m committed to working with all constituents on campus, including students, faculty and staff, and the external community as well,” Sata said.

The plan is still in its infancy, so it’s difficult to say how it will turn out. Sata said that whether it takes the estimated 15 years to execute these projects, a shorter amount of time, or even a longer amount, it will still require an extensive period for them to transform the college.

Students are encouraged to communicate how they want their school to use the funds. “I’m interested in hearing ideas about how to communicate with the students,” Sata said. “And so if there’s either groups on campus that already exist that we can present to or that we can work with, I think that would be helpful. This is my fourth day here, so I just don’t know all the answers yet.”

Sata hopes to maintain SRJC’s level of quality. “I’ve seen the work of different community college campuses, and this is definitely up there as one of the nicest around,” he said. “I think people should be proud of it. And we want to make sure that the bond keeps that standard.”