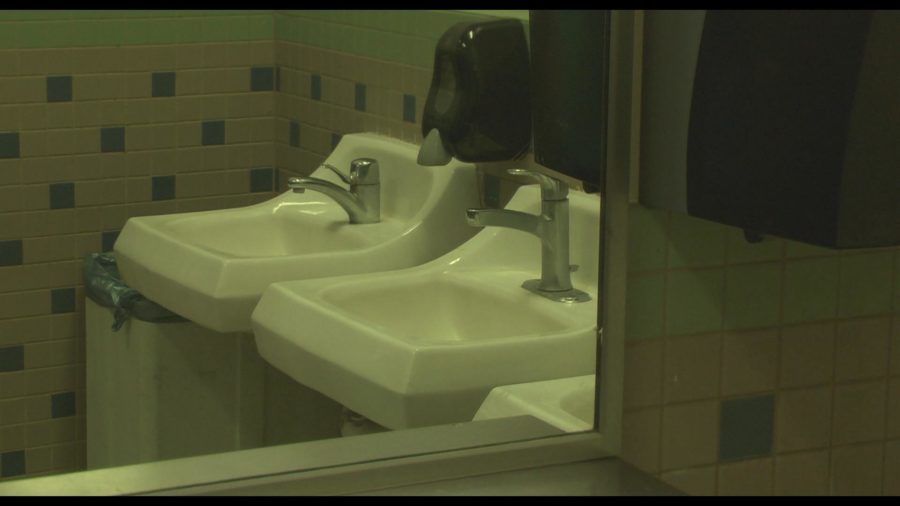 SRJC student Louise Clayton, 52, said hearing about the rape shocked and scared her, which occurred in the same bathroom she often used last semester.

“It’s pretty alarming because it happened right here on campus,” Clayton said. “I’m always checking over my back but nobody is around and it’s kind of scary.”

VP of Student Life Virginia Kerr said the incident devastated and affected her view of safety on campus since she walks to school at night.

While some people are more on edge after hearing of this incident, others are less affected and feel there is not much more that can be done in terms of campus safety.

“It is a college campus so all the same fears and problems are present here,” said SRJC student Nicholas Rauch, 18. “Beyond what we’re doing right now, I’m not sure there is a whole lot we can do besides just speak up if you see something that’s going on, which most people do already.”

There are a number of areas on campus lacking in safety measures. In buildings in the southwest end of campus, such as Lark, Maggini and Barnett, there is not sufficient lighting at night and security cameras and personnel are sparse.

SRJC student Bianka Dombroff, 24, said the southwest buildings are poorly lit and isolated, adding that there doesn’t seem to be any cameras in the area and little-to-no security presence.

“Last semester I took night classes, and that day the rape occurred I was actually on campus. I was in the science building, which at night is kind of dark and shady,” Dombroff said.

SRJC district police said there are no cameras on Barnett Hall specifically, but there are some in the area, though they can’t disclose their exact locations for security purposes. Student cadets regularly patrol the buildings that lack surveillance cameras until midnight, according to SRJCPD.

Dombroff said she hasn’t seen many district police patrolling the campus at night. “There might be people out there doing it, but I’m not actually seeing it.”

There is a campus escort program for students to receive a cadet escort across campus if they call (707) 527-1000. Kerr commends the escort program as an excellent way to keep students safe, but also said there’s always room for improvement.

“I think one thing I’d like to see is more student-led initiatives to provide services reporting instances and just making sure there is peer-to-peer counseling,” Kerr said.