SRJC honors the contributions of women leaders in history 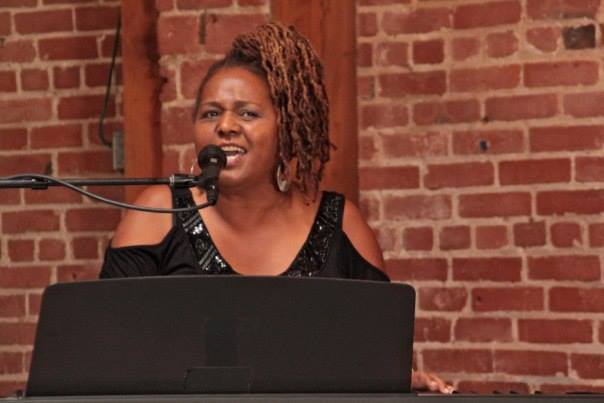 Rita Lackey and Friends, a Bay Area funk band, will be performing live at Bertolini Student Center on March 4 as part of Women’s History Month.

Since then, Santa Rosa Junior College has hosted a month of events during March to bring awareness to the struggles women face around the world and to celebrate women’s accomplishments in history that are often overlooked.

SRJC is kicking off the month with a lecture on Iranian-American women writers and the importance of literature in humanity, hosted by San Jose State University professor Persis Karim in the Newman auditorium March 2.

On the same day KC Greaney, SRJC director of institutional research, will present the history of women faculty members at SRJC at the Mahoney Library on the Petaluma campus.

Rita Lackey and Friends, an all-women band, will be playing R&B, jazz, blues and pop on the SRJC campus on March 4, which Findling said she was probably the most excited for.

The entertainment continues on March 5 on the Petaluma campus where instructor Alice Roberti will lead a discussion after a film screening of “Iron-Jawed Angels,” a story about the triumph of Alice Paul and Lucy Burns who pushed to give women the right to vote.

Findling noted how we often don’t recognize powerful women in history, which is why a month honoring their contributions is so important. “Alice Paul did some really brave things to help women get the right to vote, and she was written out of history,” she said.

Laura Larqué, SRJC history instructor, also plans to speak about a powerful woman in history who is not widely recognized: Tina Modotti. On March 23 in the Doyle library Larqué will discuss the life of Modotti, an Italian immigrant who defied the oppressive and patriarchal social norms of the 1920s.

Larqué also plans to discuss the women involved in the Chicano Civil Rights movement on March 9 in the Doyle library. She will discuss prominent women leaders such as union organizer Emma Tenayuca and Anna Nieto-Gómez, founder of the feminist newspaper Hijas de Cuauhtémoc.

Larqué is excited to share the important contributions of female leaders within the Chicano Civil Rights Movement. “There were many [female leaders] who have been historically ignored by society and by the same Chicano community,” she said.

SRJC history instructor Allison Baker will continue a dialogue on the Chicana feminist movement, focusing on the roles of women in unions and art culture presented on March 25 in the Call building on the Petaluma campus.

EOPS counselor Erlinda Peraza will discuss the ever-present “rape culture” in today’s society March 24 in the Center for Student Leadership. The discussion will include the issue of sexual assault on college campuses, the objectifying of women in media and the overall aggression aimed towards women across the nation.

SRJC psychology instructor Narmeen Nasseem will present a lecture on the patriarchy in modern Islam and the roles of women within this society on March 26 in the Doyle Library.

The month will end with Findling and EOPS Outreach Specialist Rafael Vázquez’s lecture and discussion on the treatment of women in Central America to be presented on March 30 in the Doyle Library.

The lecture will focus on the femicide in Guatemala, Honduras, and El Salvador, where violence against women has hit record levels with little to no prosecution, according to Findling.

With a wide array of events put on by the SRJC Women’s History Month Committee, there’s sure to be an event for everybody. “We try to feature a diversity of events that really reflects our students,” Findling said. “We want to provide role models for our students.”