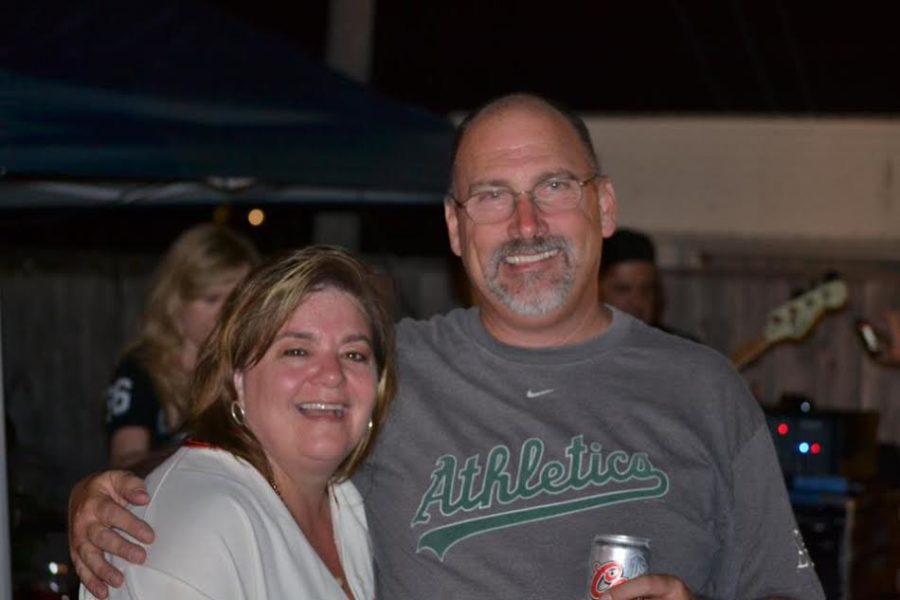 Karen and Jeffrey Holzworth are both found guilty and sentenced to years in jail.

A Sonoma County jury found Karen Holzworth, wife of former SRJC parking officer Jeffrey Holzworth, guilty on Feb.11 of being an accessory to grand theft and receiving stolen property. She faces up to three-and-a-half years in prison.

Jeffrey Holzworth had worked as an SRJC police cop for 28 years before he was caught in November 2012 and convicted last spring of embezzling $286,000 from SRJC campus parking machines. He was sentenced to four years in prison in May 2014.

Karen Holzworth testified that she didn’t know her husband was stealing from SRJC. She said their marriage was troubled and they did not have a relationship outside their daughter. Her multiple cash deposits came from her bingo tips, her brother’s paying her back in cash for a loan and gambling winnings, she said.

Karen Holzworth said she didn’t declare any of her gambling winnings or bingo tips in her tax returns.

Asked to account for the consistently high cash deposits, Karen Holzworth said, “I know what I did in my account. I don’t know what Jeff did.”

She said they didn’t discuss finances and their money was mostly separate. “It was my money,” she said.

Upon cross examination, Ariyoshi pointed out that Karen’s cash bank deposits did not decline during September 2012 when the bingo games she called were on hiatus. Instead she deposited $1,700 in cash. Nor did they drop off during two periods of unemployment.

“Mrs. Holzworth’s deposits are in no way misleading,” Boisseau said in his closing arguments. “If you look at Mrs. Holzworth’s account, nothing jumps out. She is a person who put hard-earned money in the bank.”

Karen and Jeffrey Holzworth met in 1989 and married him in 1992, when he was already an SRJC police officer. According to Karen Holzworth, Jeffrey Holzworth was two-timing her when they first started dating; she discovered another affair in 2005, and endured additional marital problems along the way.

When Boisseau asked why she stayed with him, Karen Holzworth said, “I have a daughter. I needed to be with my daughter. I decided to put my happiness on hold.”

She moved out from February to August 2008 because the relationship was “so bad.”

Karen Holzworth said she never went into the attic, and never opened the cabinets in the garage where officers found bags of currency. She said on record that she had no idea Jeffrey Holzworth was stealing money from SRJC for more than seven years.

In July 2012, she caught Jeffrey with a bag of currency. “I had come home in the afternoon, went into the bedroom and I saw a canvas bag of money and asked Jeff, ‘What the hell?’ Jeffrey responded with, ‘It’s not what you think.’” Karen said. “I believed he had integrity. He was a sworn officer. I never wondered if he was taking money.”

Ariyoshi questioned Karen about the nature of the phone calls between her and Jeffrey while he was in jail. Ariyoshi asked why in the first phone call, at no point did Karen ask him why he was in jail, despite the fact that he claimed he was in “big trouble.”

Karen Holzworth also testified that she didn’t ask her husband exactly why he had been arrested in their jailhouse phone calls. Asked why she didn’t ask him to specify she said, “He was not always the most truthful person to me.”

Ariyoshi also asked why Karen seemed to be concerned about her “losing everything.” Karen testified that although they were separated and essentially roommates, she was still concerned about family-related assets because they were still married and had children.

In the second call Jeffrey Holzworth said, “You knew but you told me to stop doing it and I didn’t listen.” Later he said again that it’s all on him, with Karen responding, “Yeah, but I knew about it. Doesn’t that make it on me too?”

Karen testified the statement was based off her knowledge from what the police had told her and that she was so angry she would have said anything. When asked again, she said her comments were made in reference to her daughter, who had been contacted by police after Jeffrey Holzworth’s arrest, according to Karen Holzworth’s testimony. She said her comments were about the effects her husband’s arrest would have on her daughter.

In the third phone call, she asked, “Do you have anything I don’t know about…besides all those f-ing bags they took? Do you have separate accounts?” Pressed by Ariyoshi, Karen said she was just freaked out from the events and would have said anything.

“We saw Karen as a continuation of ‘The Bank of Eileen,’ which is what we called our mom,” Richard Chole said.

Both brothers said they paid Karen Holzworth back in cash sometimes, which Boisseau tried to use to explain the cash deposits in her bank account, although Karen admitted she didn’t keep records of these payments.

Both brothers were aware of the apparent relationship problems between Karen and Jeffrey Holzworth. Michael Chole and his daughters moved in with the Holzworths from April to December 2009 but said he never saw cash lying around.

Karen Holzworth’s friends and colleagues also testified Feb. 6 about her apparent marital problems and her character. Her old boss Trevor Thurston said he was aware of her marital problems since 2008 because she would show up to work crying.

“She’s always someone I could call and talk to and always keep it to herself,” Thurston said.

Karen Holzworth’s friend Ingridt Linde and Mary Pennington testified that Karen Holzworth is the truthful and an understanding person.

The jury deliberated about a day before deciding on the guilty verdict.

“I think the jury did the right thing.” Ariyoshi said. “She knew beyond reasonable doubt that she was helping her husband embezzle money from SRJC.”

She remains free on bail until her sentencing on March 26.