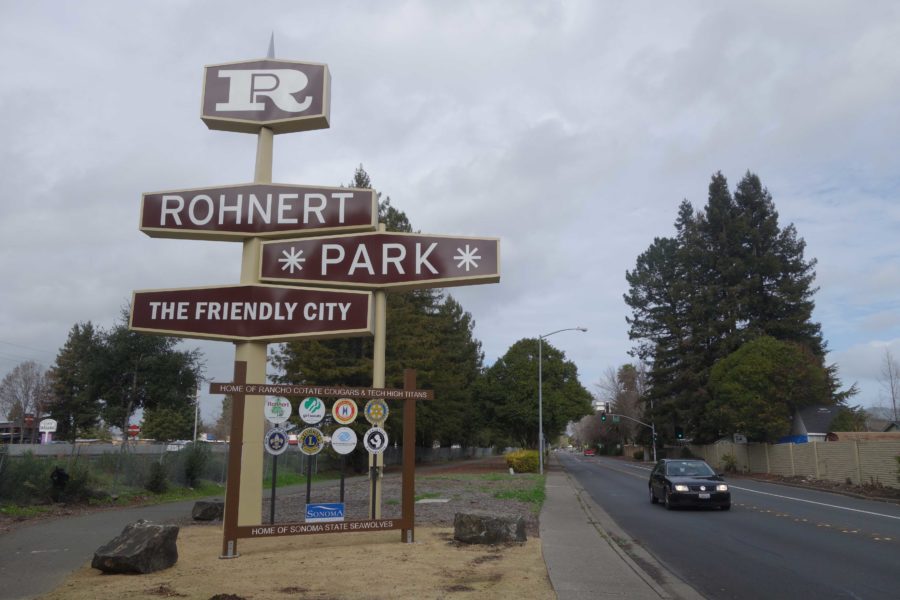 "The Friendly City", Rohnert Park, turned out to be not so friendly to the SRJC BSU.

Rohnert Park police recently assigned a supervisor to investigate the incident as a possible hate crime. BSU members said an intimidating group shouted racial slurs and told them to “Go back to Africa.” One woman shoved a BSU student.

Masterson describes the requirements that constitute a hate crime as some type of overt act, threat or bodily harm. “We also have to be cognizant of the first amendment: free speech,” Masterson said.

Only when racial-based comments lead to threats or physical harm can it be determined a hate crime. Since one of the BSU members was pushed while being called the N-word, Masterson said this may constitute a hate crime if the RPPD can prove it through  investigation and interviews.

After two months of calling and requesting information, BSU president Elias Hinit spoke with RPPD Sergeant Troy Moore on the status of his initial complaint against the officers for their conduct with the BSU after the incident.

Sgt. Moore, supervisor of the officers who responded to the call, told Hinit that his officers’ story was different from Hinit’s, but he declined to share his officers’ statements.

The call for service report states the RPPD received a mid-level disturbance call at 12:05 a.m. regarding at least 20 subjects yelling behind the bowling alley on Nov. 11, 2014.

According to Christine Giordano, the records supervisor of RPPD, when the officers arrived on the scene at 12:07 a.m., the subjects were standing in the bowling alley parking lot and were cleared from the area at 12:14 a.m. No violence was reported.

By the time the officers arrived on the scene, the hostile group had left and the BSU members were saying goodbye to each other and preparing to leave, Hinit said. Hinit described the officers as unnecessarily intimidating in the way they spoke to the BSU members and said they raised their batons.

Sgt. Moore told Hinit that yelling and waving batons is a tactic police officers use to break up a crowd. Masterson said batons are only used by law enforcement when people are being combative.

Hinit said he and the other BSU members tried to make a citizen report to the officers telling them they were victims of a possible hate crime, but the officers were not interested in hearing their story and told them to clear the parking lot.

Giordano said the officers did not take any statements from the subjects involved and did not write up a report of the incident.

The Double Decker Lanes manager and employee working on the night of the incident said they had no knowledge of the altercation in the parking lot and were not questioned by the police. By the time they were made aware of any incident outside, the crowd had dispersed.

Police did not look into three surveillance cameras in different sections of the parking lot at the bowling alley, according to the bowling alley manager. The security patrolman on duty that night did not witness the altercation.

The hate crime case investigation will involve interviewing the students, bowling alley employees and nearby residents on what they remember from that night,  Masterson said. The RPPD will also have to identify the hostile suspects to report the case to the district attorney if they determine a hate crime has been committed and charges should be filed.

The investigation into probable police officer misconduct will be more private and may take a while, according to Masterson. It will include taking statements from all involved.

Masterson said there is a cultural diversity training program, which is a part of POST (Peace Officer Standards & Training), that RPPD officers are refreshed on every three years. This past year there has been more emphasis on racial profiling training.

In addition to cultural sensitivity training, Masterson said the RPPD likes to focus on pro-active communication with the community. “We expect our officers to be proper and respectful towards all people,” Masterson said.

If the results of the investigation into the officers’ conduct show a violation of policy, it will warrant some form of discipline, which may include a verbal reprimand or re-training.

Masterson said he cannot share details of an internal investigation, but the filers of the complaints will be notified if there has been a resolution.