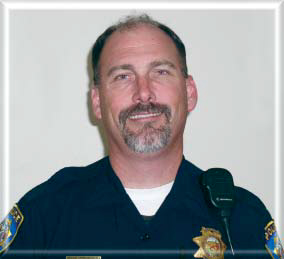 After over a year of legal motions and counter motions, this morning Judge Jamie Thistlethwaite finally scheduled a readiness conference for Jeffrey Holzworth, arrested November 2012 and charged with embezzling $300,000 from parking machines at Santa Rosa Junior College. The March 27 readiness conference precedes an April 2 preliminary hearing.

Holzworth held sole responsibility, without oversight, for collect money from campus parking machines during his 28 years at SRJC District Police.

Outside the courtroom, Assistant District Attorney Amy Ariyoshi said, “Given all the motions filed by the defense… They have schedules, and this isn’t my only case. So things are moving ahead about as fast as expected.”

Today’s scheduling announcement came after two days of testimony by SRJC District Police sergeant Stephen Potter and Santa Rosa Police detective Mark Azzouni regarding how search warrants were obtained. On Feb. 5 Presiding Judge Kenneth Gnoss ruled that Potter’s observations of his coworker occurred while “acting in his law enforcement capacity” and therefore constituted illegal searches. Judge Gnoss excised all of Potter’s tainted testimony, which formed the basis of the statement of probable cause of the first two search warrants, one to place GPS trackers on Holzworth’s vehicles and one to obtain his Equifax credit report. Both search warrants, and everything obtained from them, were tossed out of court.

Azzouni based his third search warrant affidavit on personal observations by several officers assigned to the case, but after Potter’s tainted testimony was excised enough evidence still remained for the preliminary hearing to proceed.

Outside the courtroom after Judge Gnoss ruled to excise the illegal search warrants, Ariyoshi said, “I still have everything.”